Astro Boy
The Big O
Bleach
Blue Submarine No. 6
Dragon Ball Z
Gigantor
Gundam Wing
Outlaw Star
Tenchi Muyo!
Trigun
Yu Yu Hakusho
At Midnight on April 1, 2012, just a few weeks after Toonami's 15th anniversary, Adult Swim, which generally changes its programming for April Fools' Day, began to play The Room (as they had the past several years). The scene then cut to TOM 3 aboard the GPS Absolution Mk. II, greeting the viewers with "Oh, Hi Adult Swim, I got the results of the test back, I definitely have April Fools", before introducing that week's scheduled episode of Bleach. The Toonami-related programming and bumps continued throughout the night.

The programming consisted of the regularly scheduled Bleach, as well as past Toonami series, such as: Dragon Ball Z, Gundam Wing, Tenchi Muyo!, Outlaw Star, The Big O, Yu Yu Hakusho, Blue Submarine No. 6, and Gigantor. Two series (Trigun and Astro Boy) which had previously appeared on Adult Swim but never on Toonami, were also shown. TOM also presented a video game review of Mass Effect 3 and promoted the recent DVD releases of the series featured.

The following day, Adult Swim posted a message on their Twitter page, simply stating, "Want it back? Let us know. #BringBackToonami". On April 4, Adult Swim followed up this tweet with one stating, "#BringBackToonami We've heard you. Thank you for your passion and interest - stay tuned." On April 8, Adult Swim aired 2 bumps about the Toonami tweets and answered with "[we're listening]" and "[we're looking into it]"

What started off as a clever April Fools stunt ultimately resulted in the rebirth of Toonami on Adult Swim on May 26, 2012. 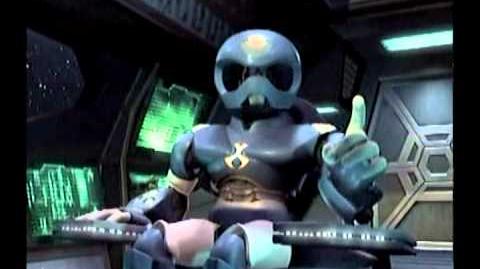