Mind Game
Scavengers
At Midnight on April 1, 2018, Toonami interrupted its regular schedule after Black Clover to switch to a Japanese format with audio entirely in Japanese with English subtitles, including every series or movie aired on the block except Scavengers, which has no dialogue. New bumpers were also used during the night, with text written in Japanese kanji and katakana, that featured TOM 5 and SARA voiced by Japanese voice actors with English subtitles. Jason Demarco subsequently posted, on his Twitter, that the voice actor for TOM was Masa Kanome, and the voice of SARA was Fusako Shiotani. During the broadcast, TOM also presented a video game review of Nier Automata in Japanese dialogue with English subtitles.

The surprise schedule kicked off with an early sneak preview of the first episode of FLCL Alternative, followed by an airing of the 2004 Japanese animated feature film Mind Game. Airings of originally scheduled series proceeded after Mind Game, with the exception of Mobile Suit Gundam: Iron-Blooded Orphans which was the only series skipped during the night. Finally, the short film Scavengers aired at the end of the block.

This marked the third Toonami April Fools event, with the first being Joker's Day and the second being when the block was unexpectedly revived on Adult Swim on April Fools 2012. 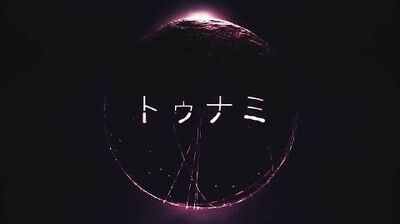