Batman: Mask of the Phantasm

Batman: Mask of the Phantasm

5:00 PM
Batman: Mask of the Phantasm is a 1993 American animated superhero mystery film featuring the DC Comics character Batman, and is based on Batman: The Animated Series. The film's storyline introduces Andrea Beaumont, an old love interest of Bruce Wayne's, who returns to Gotham City, restarting their romance. At the same time, a new mysterious vigilante begins systematically eliminating Gotham's crime bosses, and due to his dark appearance, he is mistaken for Batman. Now on the run from the police, the Dark Knight must apprehend the killer, clear his name, and deal with the romance between himself and Andrea.

The film was distributed by Warner Bros., directed by Bruce Timm and Eric Radomski (the creators of Batman: The Animated Series) and written by Alan Burnett, Paul Dini, Michael Reaves and Martin Pasko. The original idea was to release the film as direct-to-video, but the studio decided for a theatrical release, giving the filmmakers a strenuous eight-month schedule. Mask of the Phantasm received widespread acclaim from critics, who praised the film for its animation style, dialogue and voice acting (as with the series itself), but it was a box office bomb due to the decision to release the film in theaters on such short notice. The film has since become a commercial success through its various home video releases.

After Batman bursts in on a meeting of crime bosses held in a Gotham City skyscraper, gangster Chuckie Sol tries to flee the scene but is killed by a mysterious cloaked figure. Due to this cloaked figure's resemblance to Batman, the Dark Knight is blamed for Sol's death. Councilman Arthur Reeves tells the media that Batman is a public menace (despite Commissioner Gordon's protests), then attends a party at the mansion of billionaire Bruce Wayne, Batman's alter ego. Reeves teases Bruce about his bad luck with women and for having allowed an old girlfriend, Andrea Beaumont, to get away.

In a flashback to ten years prior, during Bruce's college days, Bruce meets Andrea in a cemetery while visiting his parents' grave. That night, in one of his first crime-fighting attempts, Bruce foils an armored car robbery while disguised in a black ski-mask and leather jacket. Though he succeeds, he is discouraged that the criminals did not fear his appearance. Around the same time, he begins a romance with Andrea. Eventually, Bruce decides to abandon his plan to become a crime-fighting vigilante and proposes marriage to Andrea. Soon afterward, however, Andrea mysteriously leaves Gotham with her father, Carl Beaumont, ending her engagement to Bruce in a Dear John letter. Believing that he has lost his last chance of having a normal life, Bruce dons the mask of Batman for the first time.

Back in the present, the mysterious killer finds and murders another gangster, Buzz Bronski. Around the same time, Batman discovers that Andrea has returned to Gotham for the first time since leaving him ten years ago. Batman soon finds evidence linking Andrea's father with gangster Salvatore Valestra, the mob boss for whom both Sol and Bronski once worked as enforcers. The mysterious killer later targets Valestra, who foolishly turns to the Joker for help. When the killer arrives at Valestra's house, it finds the gangster already dead thanks to the Joker; the house then explodes, with the killer barely escaping. Batman pursues the killer, but is interrupted by the police, who believe that Batman is responsible for the murders. After a deadly run from the police, Andrea rescues Batman in her car, and they spend the night together at Wayne Manor. Andrea explains to Bruce that she and her father had been hiding in Europe from the Valestra mob, to whom he owed a lot of money. Carl Beaumont eventually repaid the mobsters, but they wanted "interest compounded in blood." Batman comes to suspect that Andrea's father may be the mysterious killer, but later gets Reeves (who has been poisoned by the Joker) to confess that he told the Valestra mob where Beaumont was hiding in return for campaign contributions, and that the mob ordered Beaumont's death.

The mysterious killer tracks the Joker to his hideout — an abandoned World's fair amusement park — and removes its ominous costume: The killer is Andrea, intent on avenging her father's death (the Joker is revealed to be the last surviving member of the Valestra mob; before becoming the Joker, he was Valestra's chauffeur and personal hitman, who murdered Carl Beaumont on Valestra's orders). Batman arrives and saves Andrea from the Joker, and begs Andrea to give up her quest for revenge. She refuses, stating that the mob ruined her life, as well as Batman's by ending their chances of happiness together; she then tells Batman that he himself is driven by revenge. Andrea leaves and Batman battles with the Joker, a struggle that ends in stalemate. Moments later, Andrea returns and seizes the Joker, bidding Batman goodbye before vanishing with the maniacally laughing clown in a cloud of smoke as the entire amusement park erupts in a series of rigged explosions. Batman barely escapes by falling into a waterway and being swept away to safety by the current.

Alfred later consoles a heartbroken Bruce, telling him that no one could have helped Andrea. Bruce finds a locket containing a picture of himself and Andrea left behind in the Batcave. Meanwhile, Andrea is shown standing alone on the deck of a departing ocean liner. In the final scene, Batman stands alone on a rooftop overlooking Gotham; when the Bat-Signal appears in the sky, he shakes off his sadness and swings off into the night to continue his war on crime. 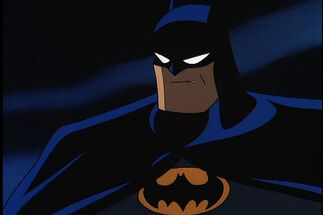 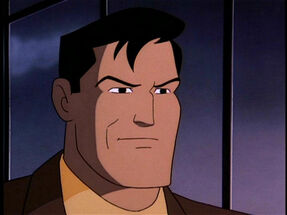 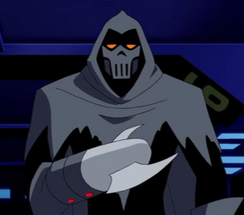 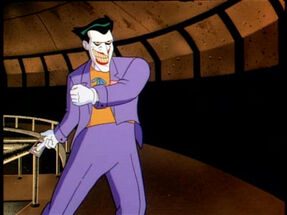 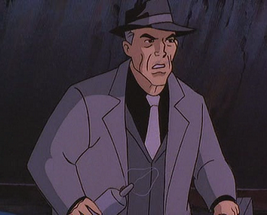 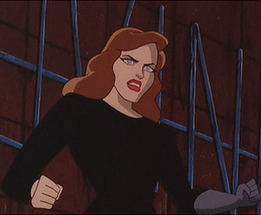 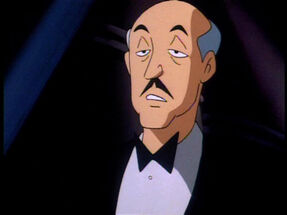 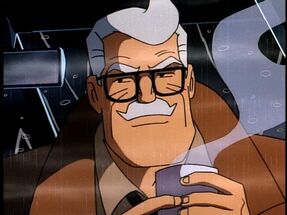 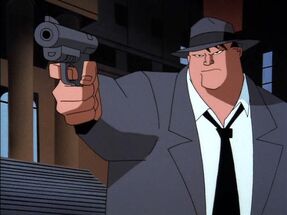 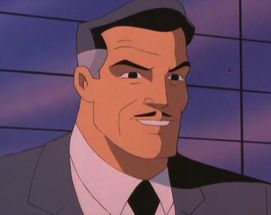 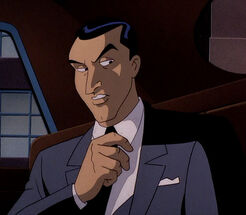 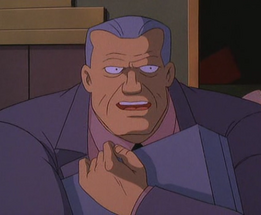 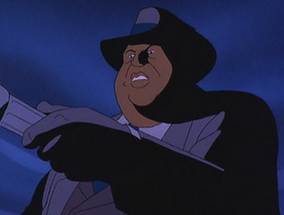 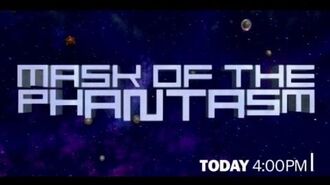 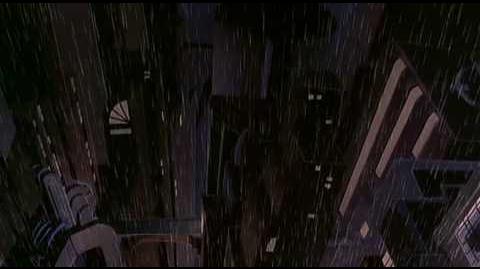