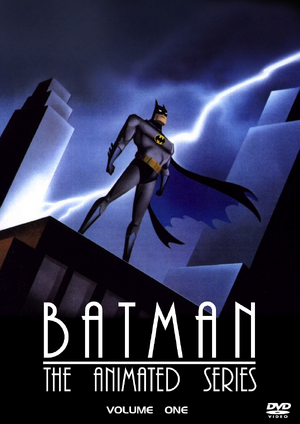 This article lists the episodes in their production order, in accordance with the order the series was released on DVD; rather than by their original airdates, the latter often preferred by fans due to establishment, story flow, consistency, character introduction, etc.

65 episodes were produced for Season One, due to it being the minimum number of episodes necessary for a TV series to be successfully syndicated. 60 of these episodes were initially aired during the 1992/93 television season, which runs from September to May. The final five episodes of season one were held back until September 1993.

Because of the success the show was enjoying, while the 65 episodes of the first season were still airing, the Fox network executives ordered a second season of 20 more episodes. The second season featured Robin more prominently and was titled The Adventures of Batman & Robin.

The network reduced the series to airing only weekly, Saturday mornings. Five of the 20 episodes initially aired in May 1994, then 10 more were broadcast in September–November 1994. Once these fifteen episodes had premiered (the final five were held back until September 1995), the weekday slot was restored to repeats of the entire run, with the first season's episodes given the second season's title, "The Adventures of Batman & Robin", for all remaining airings on Fox and a few VHS releases.

These episodes and the last nine of the first season were released in the correct production order as part of the "Batman: The Animated Series Volume Three" DVD boxset. 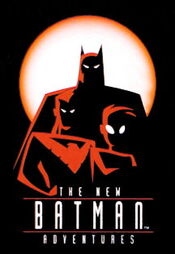 Three years after the second season of Batman: The Animated Series ended production, the show was moved from Fox to The WB channel, which was airing and producing Superman: The Animated Series. These shows were merged as part of an hour-long segment called The New Batman/Superman Adventures. The WB wanted more episodes of Batman, so 24 new episodes were produced, which featured a different format and more focus on Batman's supporting cast.

In addition to the network's demands, the producers decided to make the show match the graphic style of Superman, so all the characters and objects were redesigned as more "animation friendly" with fewer lines, usually referred to by the fans and creative staff as the "revamp" (or alternately, the "new look"). A similar graphic style was used in the rest of the DCAU later on.

The DVD box set of the series is labeled "Batman: The Animated Series – Volume Four (from The New Batman Adventures)", most likely to establish the connection with the original series.