1:30 AM
Batman: The Dark Knight Returns Part 1 is the first part of a 2-part direct-to-video American animated superhero film. The film is an adaptation of the 1986 comic book The Dark Knight Returns by Frank Miller and is set in the same continuity as Batman: Year One. It was written by Bob Goodman and directed by Jay Oliva, with music by Christopher Drake. The film was released on September 25, 2012. It is the 15th film in the DC Universe Animated Original Movies series.

In a bleak and ominous 1986, it’s been a decade since Bruce Wayne hung up his cape after the death of his protégé Jason Todd. Meanwhile the Joker has been catatonic in Arkham Asylum since Wayne's retirement. At 55-years-old, a restless Bruce Wayne pacifies his frustration with race cars and liquor – but the Bat still beckons as he watches his city fall prey to gangs of barbaric criminals known as The Mutants.

The return of Harvey Dent, newly released from Arkham, as Two-Face finally prompts Wayne to once again don the Dark Knight’s cowl, and his dramatic capture of the villain returns him to crime-fighting – simultaneously making him the target of law enforcement and the new hope for a desolate Gotham City. Particularly inspired is a teenage girl named Carrie Kelly who adopts the persona of Robin and ultimately saves Batman from a brutal attack by the Mutant leader. Batman is able to defeat the leader and his victory over the Mutants becomes public, and the city's inhabitants are inspired to stand up against crime. Armed with a new sidekick, and re-energized with a definitive purpose, the Dark Knight returns to protect Gotham. However, in Arkham, televised reports about Batman bring the Joker out of his catatonic state. 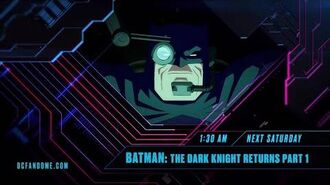 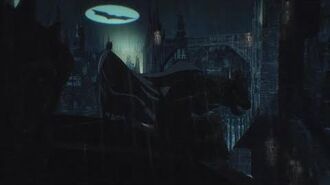