Batman: The Long Halloween, Part One

The Long Halloween, Part One

Catwoman leads Batman to Falcone's cash stockpile with Dent following. Based on a coin flip, Dent decides to burn the money rather than move it legally. In retaliation, Falcone hires Mickey Chen to bomb Dent's house. Both Dent and his wife Gilda survive, but Dent is hospitalized. Batman chases Chen down to the sewers where Chen runs into Solomon Grundy. Batman convinces Grundy to spare Chen and takes him to the GCPD. Lacking evidence of his involvement in the bombing, Batman and Gordon are forced to release him. Gordon advises Batman to learn more about being a detective.

On Thanksgiving, Falcone reminds his son Alberto that he will never inherit the family business. Dent escapes from the hospital and meets Gordon who gives him a gun for protection. That night, Chen and his associates are killed by Viti's murderer.

On Christmas Eve, Gordon and Batman question Calendar Man in Arkham Asylum on the identity of the murderer who is now coined "Holiday." Calendar Man names Falcone, Sal Maroni, and Dent as suspects and calls Batman's war on crime a "joke". Batman then realizes that Joker has escaped from Arkham.

Not wanting Holiday to replace him as Gotham's most notorious criminal, Joker confronts Dent in his home and threatens to kill Gilda if he is proven to be Holiday. Batman visits Maroni who was also attacked by the Joker. Maroni advises Batman that if Joker is Holiday, he will inevitably target Falcone himself. Joker harasses Falcone, warning him to divulge any new information about Holiday to him. Falcone's bodyguard Milos Grappa chases Joker out of the building, but is killed by Holiday. In the Batcave, Batman identifies Maroni, Falcone's sister Carla Viti, Joker, Falcone, and an unnamed figure, implied to be Dent, as suspects.

Bruce Wayne attends a New Year's Eve yacht party celebrating Gotham's children's clinic, hosted by Falcone, who calls out Bruce during his speech as the son he never had. Bruce meets with Selina Kyle, who calls off their relationship due to their conflicting secret identities.

Joker attempts to gas Times Square using a stolen plane, hoping that Holiday is among the crowd. Meanwhile, Selina meets with Alberto to learn about the Falcones; Alberto laments about having never been respected by Falcone, who also rejected his fiancée from Oxford University. Batman foils Joker's scheme and comes to an epiphany from one of his comments. Returning to the yacht, Batman accuses Alberto of being Holiday, targeting his father's associates to gain power within the family—unintentionally revealing his own secret identity as Selina recognizes his voice. Alberto argues he only ever wanted to live his own life, rather than being controlled by his father.

As the New Year hits, Alberto is shot by Holiday and falls into the bay where he is cut to pieces by the yacht's propellers. Batman pursues Holiday, but the killer escapes. As the yacht is evacuated, Gordon and Dent meet with Batman. Batman tells his allies to assign a protective detail to Falcone and vows to be a better detective.

In a post-credits scene, Bruce attends Alberto's funeral. Falcone approaches him and requests Bruce's help in laundering his money, but Bruce refuses. Bruce is then introduced to the woman accompanying Falcone who shakes his hand. Vines emerge from under her sleeve to grip Bruce's arm, turning his eyes green; indicating that Poison Ivy has taken control of him. 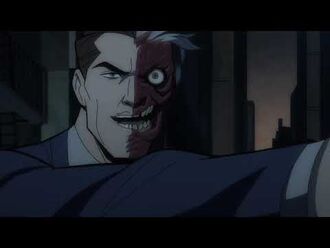 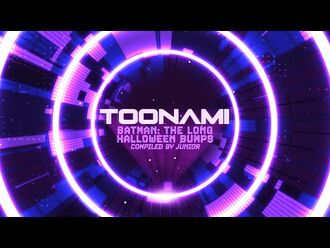