7:00 PM
Batman is a 1989 American superhero film directed by Tim Burton and produced by Jon Peters and Peter Guber, based on the DC Comics character of the same name. It is the first installment of Warner Bros.' initial Batman film series. The film stars Michael Keaton in the title role, Jack Nicholson, Kim Basinger, Robert Wuhl, Pat Hingle, Billy Dee Williams, Michael Gough, and Jack Palance. In the film, Batman deals with the rise of a costumed criminal known as "The Joker."

After Burton was hired as director in 1986, Steve Englehart and Julie Hickson wrote film treatments before Sam Hamm wrote the first screenplay. Batman was not greenlit until after the success of Burton's Beetlejuice (1988). Numerous A-list actors were considered for the role of Batman before Keaton was cast. Keaton's casting caused a controversy since, by 1988, he had become typecast as a comedic actor and many observers doubted he could portray a serious role. However, his performance in the film would ultimately earn widespread acclaim. Nicholson accepted the role of the Joker under strict conditions that dictated a high salary, a portion of the box office profits and his shooting schedule. The tone and themes of the film were influenced in part by Alan Moore's "The Killing Joke" and Frank Miller's "The Dark Knight Returns".

Batman was a critical and financial success, earning over $400 million in box office totals. The film received several Saturn Award nominations and a Golden Globe nomination, and won an Academy Award for Best Art Direction. In addition to sequels (and, eventually, reboots), the film's success greatly influenced Hollywood's modern marketing and development techniques of the superhero film genre. Furthermore, the film served as one of the major inspirations for Batman: The Animated Series, which was equally successful and influential, paving the way for the DC Animated Universe of spin-off TV series and feature films.

Many versions of the film have been released. Included are VHS, Laserdisc, single-disc DVD, special edition DVD and an anthology set. The "Batman: The Motion Picture Anthology" released in 2005 (coinciding with the release of Christopher Nolan's Batman Begins) included a 2-disc special edition DVD set of the Tim Burton/Joel Schumacher Batman films. This anthology set was re-released on Blu-ray on March 10, 2009. On May 19, 2009 a 20th anniversary stand-alone edition of the first film was released. This stand-alone version contains exactly the same special features as its anthology set (both DVD and Blu-ray) counterparts. There are two differences: This version includes a 50-page booklet guide to the film, and a slight variation in packaging from normal Blu-ray cases (i.e. a Warner Bros. digibook). They both include a digital copy of the film.

Approaching its 200th anniversary, Gotham City's leaders fear that the high level of criminal activity will deter citizens from attending the celebrations. Gotham's mayor Joe Borg orders District Attorney Harvey Dent to make the city safe again, in hopes of revitalizing local business. Dent, in turn, targets mob boss Carl Grissom, who sponsors much of the criminal activity within Gotham and has paid off a significant segment of the police force.

Meanwhile, a dark vigilante dressed as a bat has attracted the attention of both the police and the local media. Newspaper reporter Alexander Knox is attempting to investigate, but his questions are deflected by skeptical cops, including Lt. Eckhardt, one of many police officers on the take from Grissom. After stonewalling Knox, Eckhardt is shown taking a payoff from Grissom's second in command, Jack Napier.

Grissom, on discovering that his mistress is involved with Napier, sets him up to be killed by Eckhardt in a raid on Axis Chemicals. The plot is foiled by the arrival of Police Commissioner James Gordon, who wants Napier taken alive, and Batman. The Dark Knight captures Napier, but releases him when Bob the Goon holds Gordon hostage at gunpoint. Batman vanishes, and in the confusion, Napier shoots and kills Eckhardt, then attempts to shoot a re-emerged Batman. The latter deflects his shot, sending shrapnel into the former's face. Napier falls over a railing into a vat of toxic chemicals. Although surrounded by the police, Batman escapes the scene.

Batman, as we discover, is actually billionaire industrialist Bruce Wayne, an orphaned man who lives alone in the large mansion Wayne Manor, with only his butler Alfred Pennyworth. At a fund-raising party, Bruce meets and falls for famous photojournalist Vicki Vale, recently arrived in town to cover the "Bat-Man phenomenon."

Napier, in the meantime, is not dead but horribly disfigured, with chalk white skin, emerald green hair, and a permanent ruby red grin (after a botched reconstructive surgery attempt). Already erratic, the trauma has apparently driven him completely insane. Calling himself "The Joker", he kills Grissom and usurps his criminal empire. His first scheme is to spread terror in the city by creating hygiene products that can kill by fatal hilarity when used in certain combinations, laced with a deadly chemical known as "Smilex."

Following the death of a news anchor on-air, the city becomes paralyzed with fear. Making war on several fronts, the Joker then sets a trap at the Gotham Museum of Art for Vicki, with whom he has become smitten; his henchmen start to slash and deface the entire legacy of Western Art, but as one of them approaches to Francis Bacon's Figure with Meat, the Joker stops him saying "I kinda like this one". The Joker then tries to disfigure our damsel in distress with the help of his 'very special flower'. At this point, Batman descends in a shower of glass via the skylight and whisks Vicki outside where the Batmobile is parked. After evading the Joker's thugs through the city streets, Batman drives Vicki back to the safety of the Batcave. There, he shows her all the information he has gathered about the secret of the Joker's chemical combinations and tells her to take it to the press. Batman then renders Vicki unconscious, and she awakes at home. Incensed at the Dark Knight for ruining his poisoning scheme, the Joker vows to eliminate the mysterious vigilante.

Vicki's apartment is then the scene of a confrontation between the Joker, who has come to woo her, and Bruce, who has come to try and confess about his double-life but not getting very far. After Bruce challenges the Joker to a fight, the Joker pulls a gun and asks him: "Tell me something, friend. Have you ever danced with the devil by the pale moonlight? Well, I always ask that of all my prey. I just like the sound of it." He then shoots Bruce. The Joker then leaves amid his own hoopla, and Vicki is shocked to see that Bruce has disappeared, leaving behind only a metal platter which he used as an impromptu bulletproof vest.

The scene is set as Bruce realizes that the Joker is actually the man who murdered his parents many, many years ago in Gotham. The final clue was that his parents' murderer said the same phrase to him as the Joker said in Vicki's apartment ("Ever dance with the Devil by the pale moonlight?"). As Bruce grapples with this memory, he is shocked by the sudden appearance of Vicki in the Batcave; Alfred having decided that she deserved to know the truth. Vicki tearfully asks Bruce if they can still have a real relationship in spite of his dual identity; Bruce says he'd like to, but has to stop the Joker first. After donning the Batsuit again, he sends the Batmobile on autopilot to infiltrate the Axis Chemicals plant and blow it up from the inside. However, the Joker escapes via helicopter and taunts Batman to stop his next scheme.

The Joker has put his own plans in motion to upstage the city's cancelled anniversary celebrations with a grand spectacle: a night-time parade at which he will dispense $20 million in free cash. Vicki and Knox are there to cover the pandemonium, and they notice strange tanks on the balloons. In the middle of his generosity, the Joker begins gassing the crowd. Batman arrives in the Batwing and snatches the balloons away to carry them out of the city. Furious, the Joker shoots Bob the Goon, his number one thug. Batman returns to make a strafing run on the Joker, who responds by shooting down the jet with an insanely long-barreled revolver. Vicki approaches the downed craft but is captured by the Joker, who leads her to the top of Gotham Cathedral. Dazed but not finished, Batman pursues. At the top of the cathedral, the two adversaries face each other in a one-on-one showdown. The Joker accuses Batman of creating him, but the Dark Knight replies "You killed my parents. I made you, but you made me first."

In a moment of opportunity, the Joker throws Batman and Vicki off the belfry, where they cling to the ledge for their lives. As the Joker begins mocking them his helicopter appears and he grabs hold of a dangling rope ladder. About to escape, Batman shoots a wire around the Joker's leg, connecting it to a stone gargoyle on the ledge. As the Joker is lifted away, the wire pulls the gargoyle loose and the Joker plummets to his death. Batman and Vicki also fall down from the ledge, but the Dark Knight quickly saves them both with his grapple gun.

The movie ends with Commissioner Gordon announcing the Gotham police have arrested all the Joker's gang remnants, and unveiling the Bat-Signal with a note from Batman promising to return when the city needs him again. As Alfred gives Vicki a ride in Bruce's limo, Batman is seen standing on a ledge high above the city with his signal shining in the night sky. 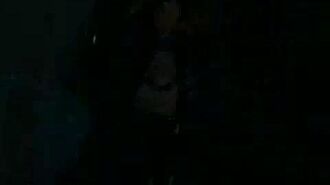 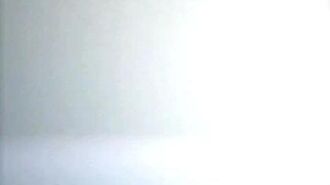 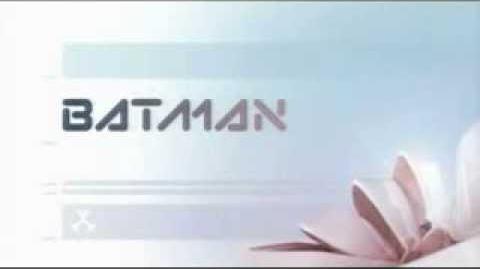