Ben 10: Secret of the Omnitrix

Ben 10: Secret of the Omnitrix

7:00 PM
Ben 10: Secret of the Omnitrix is an animated science fiction movie based on the American animated television series Ben 10. It premiered on Cartoon Network in the United States on August 10, 2007, and in the United Kingdom on October 22, 2007. During the week-long special "Ben 10 Week" in April 2008, it was revealed that this movie serves as the official finale to the series, even though it was aired months before the last eight episodes of the fourth season. Chronologically, the movie takes place after "Ben 10 vs. the Negative 10".

Three different versions of Ben 10: Secret of the Omnitrix were created, with each featuring a different alien destroying Animo's DNA bomb. Ben uses Heatblast in the first, a new form called Eye Guy in the second, and XLR8 in the third. A fourth version (actually a special version of the Heatblast edition) was also included on the movie's DVD as well as the 4th season DVD. This special version features trivia inserts placed throughout the movie. The movie was first released to DVD on May 20, 2008, exclusively at Wal-Mart stores. However, neither of the two alternate versions were included, merely the original with Heatblast. The fourth season DVD contains all three versions of the movie.

During a battle with Dr. Animo, Ben Kirby Tennyson's destruction of the scientist's "DNA bomb" accidentally sets off a self-destruct protocol in the Omnitrix. Its activation alerts Tetrax (known as Hoverboard in "Hunted"), who travels with his alien blob-like pilot Gluto to Earth in order to retrieve Ben. He explains the situation to Ben, who hasn't figured out the meaning of the countdown. He leaves Gwen and Grandpa Max behind, not wanting the latter to be recognized during their trip. Gwen sneaks on board anyway. Using the advanced medical equipment on board his ship, Tetrax finds the DNA signature of the Omnitrix's creator, Azmuth, and tracks him to a prison facility called Incarcecon. After staging a breakout, they free a female Chimera Sui Generis (Vilgax's species) named Myaxx, who is Azmuth's assistant; she had switched her DNA signature for Azmuth's when he refused to give her credit for helping to create the Omnitrix. Myaxx is also unable to disarm the self-destruct, which will not only kill Ben, but most of the universe's inhabitants, including Earth itself, but Myaxx knows how to find Azmuth, and leads them to the planet he's hiding out on: Xenon.

Vilgax, who has also picked up on the Omnitrix's self-destruct signal, picks up Sixsix (an alien who also appeared in 'Hunted' and tracks Ben).

While attempting to reach Azmuth, they are attacked by Vilgax, who has escaped the Null Void and has commandeered a ship to track down Ben. Ben is ultimately successful in repelling the attack, though Gluto is killed in the conflict while protecting Gwen. Tetrax's ship crashes on Azmuth's homeworld. As they enter his mountain fortress, they are attacked by a group of Florauna (Wildvine's species) which capture Gwen. Ben is depressed, and blames himself.

As Ben reluctantly proceeds with Tetrax and Myaxx down towards Azmuth's lair, Tetrax empathizes with Ben, revealing his origins of how working for Vilgax cost him his whole planet and everyone he's ever cared for. Tracking down Azmuth to a sealed secondary laboratory, Ben asks him to shut down the Omnitrix, but Azmuth, unconcerned about anything around him, refuses. Angry, Ben breaks down the wall with Cannonbolt and attacks him, revealing Azmuth to be an old, curmudgeonly Galvan (Grey Matter's species) hiding inside a large mechanical suit. As far as Azmuth is concerned, the whole universe deserves whatever it gets for misusing the Omnitrix. He tells them the Omnitrix was designed to be the ultimate device of peace and understanding. Everyone else made it a problem, only seeing it as the ultimate weapon.

Vilgax, having recovered from his earlier defeat, leads a massive attack on Azmuth's mountain fortress. During the fight, Gwen and Gluto reappear, Ben runs over to hug Gwen and Gluto having regenerated from some leftover material that splashed on Gwen's clothes and subsequently helping her to escape. Ben's actions during the battle renew Azmuth's faith in the universe, so he repairs the Omnitrix and gives Ben a brand-new form to use: Way Big, a skyscraper-sized alien modeled after Ultraman, who easily repels Vilgax's army of drones and angrily tosses the villain into space.

With the threat over, Ben offers to return the Omnitrix to Azmuth, who is leaving Xenon with Myaxx. Azmuth, however, sees Ben as the best place for the Omnitrix to be, both because he is technically fulfilling its original intention and because the Omnitrix attracts trouble simply by virtue of its existence. Tetrax returns Ben and Gwen to Earth, leaving Ben with a new hoverboard to replace the one Ben destroyed during his battle with Animo. The Tennysons' hope of having a normal day of recreation, however, is dashed by a newsflash of 'zombies' attacking the mall, leading them to rush to the rescue. 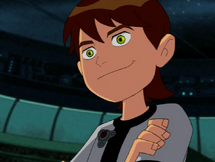 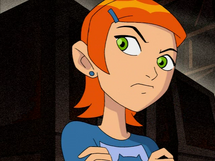 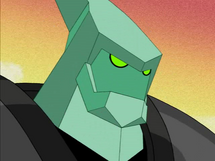 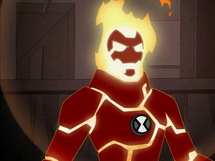 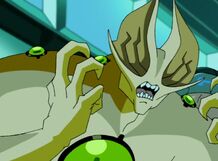 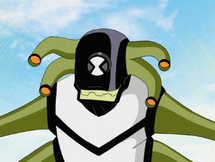 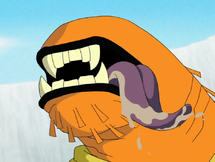 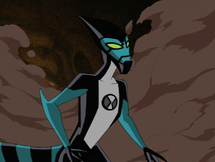 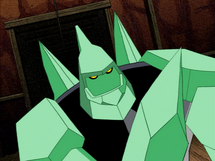 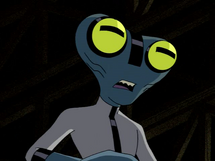 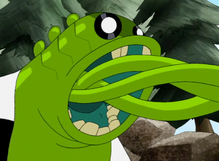 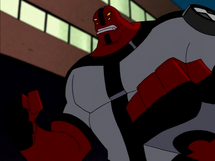 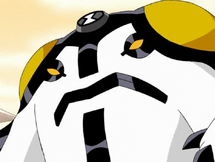 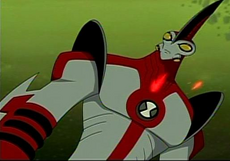 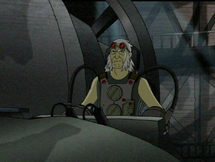 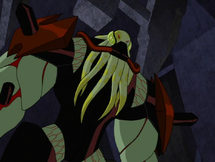 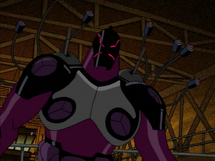 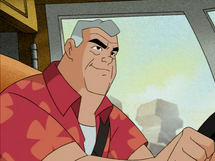 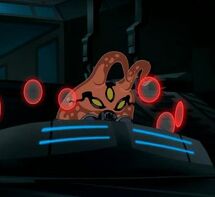 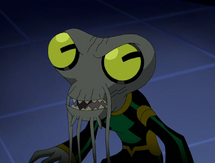 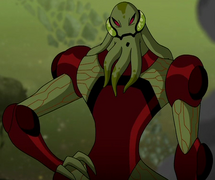