26 (List of Episodes)
Beware the Batman is an American computer-animated television series based on the DC Comics superhero Batman. The series was produced by Warner Bros. Animation and premiered in the United States on Cartoon Network on July 13, 2013.[3] In 2014, the series was nominated for a Daytime Emmy award for Outstanding Children’s Animated Program, specifically for the episode “Secrets.”[4]

The series is set during Bruce Wayne's early years as the Batman, following his initial period of battling organized crime. Over the course of the season, he hones his skills with the assistance of his butler, Alfred Pennyworth. Bruce is also introduced to Alfred's goddaughter, Tatsu Yamashiro, a martial arts swordsmaster hired to act as Bruce's bodyguard, but also recruited to act as a superhero partner to Batman.

Batman / Bruce Wayne — The title character of the series. Mitch Watson, co-producer of Beware the Batman, explained how the crew behind the series approached Batman for the show the way they did, stating "In the way we approached Batman for this show, he's at the beginning of his career, he's probably been doing it for about five to six years, he's in his early 30s. And character-wise, we broke him into three parts. There's the public Bruce Wayne, who we modeled slightly after Richard Branson. We wanted to make Bruce Wayne more of an altruistic guy and the company's (Wayne Enterprise) trying to do good. So, that's the public Bruce. The private Bruce is more introspective guy who really only deals with Alfred, and Alfred at the beginning of the series is really the only person who sees that side of Bruce Wayne. He's quiet; he's a little bit obsessive about particular things."[5] Developers expressed that the series would be a departure from previous Batman animated series in their choice to focus on the character's nature as a detective and focusing on his intellect. Crime fighting in the series would put emphasis on procedural aspects of mystery solving. Batman would also be more subject to external threats of injury. "He gets hurt. There are several episodes where he really... gets damaged", emphasized Mitch Watson.[6]

Alfred Pennyworth — Alfred Pennyworth is a former MI6 agent and Bruce Wayne's butler. Following initial promotion of the series, critics were concerned with what they interpreted to be the re-characterization of Alfred Pennyworth as a fellow crime fighter. Producer Glen Murakami explained that initial promotion posters that had been issued to the press were not originally intended for release, and that they did not give an accurate display of Alfred's role in the show. However, Murakami referred to Alfred's canonical backstory, which cast Alfred as a former MI6 agent, and said that this would be Alfred's portrayal in the show. "I think people are really going to like him", series writer Mitch Watson said. "He's Sean Connery from The Untouchables. The characterization of Alfred would be that of a man who was once in a physical condition on par with Batman, who was now in his 60s and past his prime, but still able to provide advice to Batman and be an ally when necessary. This characterization was pitched to DC Comics, who responded that the company was coincidentally also taking Alfred in that direction. Series developers originally intended to give Alfred a greater role in the series, but Murakami advised that they scale back his activities, over concern that he could outshine Batman.[7]

Katana / Tatsu Yamashiro — A martial arts swordmaster in hiding from the League of Assassins who was hired to act as Bruce Wayne's bodyguard by her godfather Alfred Pennyworth. She revealed to Alfred that she was undercover in the League of Assassins to steal the Soultaker Sword from them before it could be used for their own evils.

James Gordon — A police lieutenant who works at the Gotham City Police Department. Although he disapproved of Batman's crime-fighting, he slowly became an ally of Batman. He is later promoted to police commissioner during the second half of the first season after the unnamed police commissioner was killed by the League of Assassins. 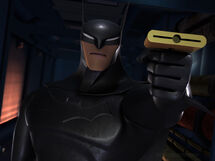 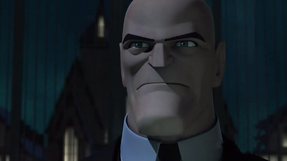 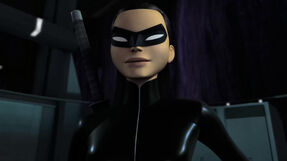 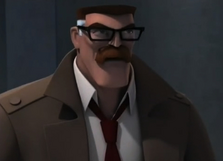 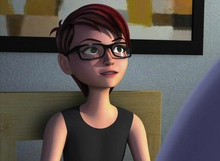 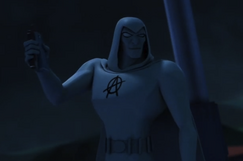 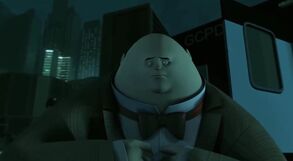 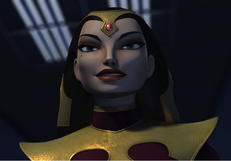 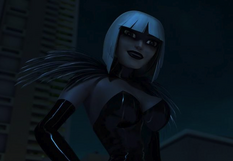 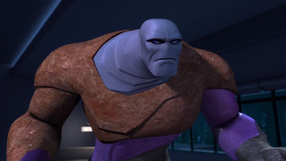 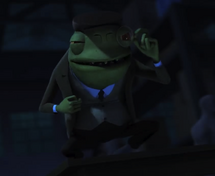 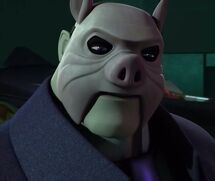 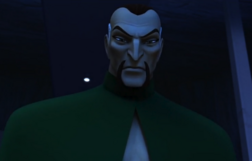 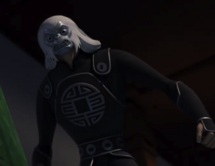 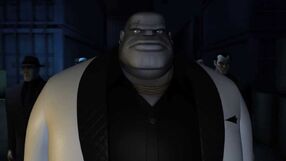 The first 13 episodes of the series were released in the United States on DVD and Blu Ray on February 18, 2014. On September 30, 2014, the remaining 13 episodes were also released.

The series premiered in the United States on Cartoon Network on July 13, 2013, as part of their DC Nation block. Beware the Batman was pulled from the Cartoon Network schedule, after only 11 episodes, and put on hiatus on October 23, 2013 without explanation. Although it was initially reported that the series would return to DC Nation in January 2014[8], when Cartoon Network released their schedule for the 2014-2015 season, the show was absent.[9][10] The remaining 15 unaired episodes began airing in New Zealand on TVNZ in March 2014.[11]

In the United States, the series was added to the Adult Swim Toonami block on May 10, 2014, with plans for the entire series, including the 15 previously unaired episodes, to air on the block. The final 7 episodes made their premiere on September 27, 2014, during a marathon, after which the show was written off by Cartoon Network. The series premiered on October 11, 2013 on Teletoon in Canada.[12][13]

The series began airing on Adult Swim's Toonami programming block on May 10, 2014 at 3:00 AM, replacing Ghost in the Shell: Stand Alone Complex in the lineup. The series moved to the 2:30 AM time slot on July 26, 2014.[14] Unfortunately, during its run on Toonami, the series was written off by Cartoon Network causing the series to leave the lineup after the final 7, previously unaired, episodes made their truncated premieres on September 27, 2014 during a special marathon.[2]