11:00 PM
Blade Runner: Black Out 2022 is an American/Japanese co-produced anime short film written and directed by Shinichiro Watanabe and animated by Cygames Pictures. The film also features character designs from Shukou Murase and music from Flying Lotus. The short is one of three short films, alongside 2036: Nexus Dawn and 2048: Nowhere to Run, that take place between the live-action film Blade Runner and its sequel Blade Runner 2049. Black Out premiered on the streaming service Crunchyroll on September 27, 2017.

In 2022, three years after the events of Blade Runner, the Tyrell Corporation has developed the new Nexus-8 line of replicants, who now possess natural, open-ended lifespans equivalent to that of a regular human. This causes a massive backlash among the human populace, who begin hunting down and killing replicants, seeing them as a now very credible threat to humanity. One of these replicants, Trixie, is attacked by a group of thugs but is rescued by Iggy, who effortlessly disarms and kills them. Iggy reveals to her that he used to be a soldier on a planet called Calantha but deserted when he realized the enemy soldiers he had been fighting and killing were also replicants.

Iggy recruits Trixie for an operation carried out by an underground replicant freedom movement to destroy the Tyrell Corporation's database of registered replicants as well as the core internet servers, so that replicants can no longer be hunted. Trixie befriends Ren, who is a technician in charge of launching nuclear missiles and a replicant sympathizer. Ren agrees to redirect a test missile to detonate over Los Angeles, blacking out the city and wiping out all electronic data. At the same time, Trixie and Iggy hijack a fuel truck to physically destroy the Tyrell Corporation's servers. However, Trixie is killed while battling security forces with Iggy. The operation is a success, with the servers powering the internet destroyed forever and power to Los Angeles disabled permanently. Iggy manages to escape and removes his right eye, the only thing that can identify him as a replicant.

The ending narration states that in the aftermath of the "Black Out" and subsequent global collapse, all replicant production scientific activity was banned and the Tyrell Corporation, along with nearly every other company, went bankrupt, only for the Wallace Corporation to acquire the company and restart production of a new model a decade later. 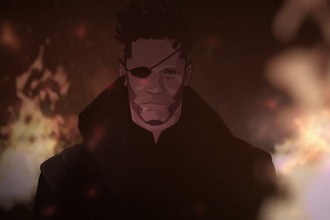 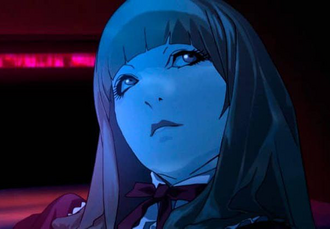 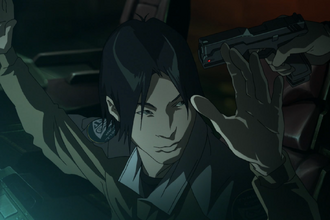 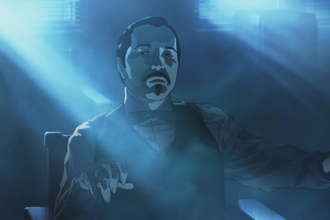 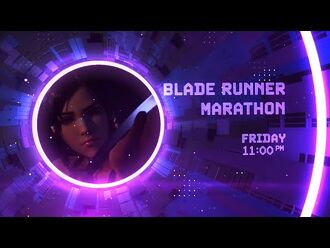