November 15, 2014[2] - January 31, 2015
Bleach is a Japanese anime series based on the manga series of the same name. The series was produced by Studio Pierrot in Japan from 2004 to 2012 and also spawned two original video animations and four animated feature films. Viz Media obtained foreign television and home video distribution rights to the Bleach anime on March 15, 2006.

Cartoon Network's Adult Swim began airing Bleach on September 9, 2006 as part of its Adult Swim Action block. On April 1, 2012, Bleach was the only Adult Swim regularly scheduled series that aired during the Toonami April Fools event.

Adult Swim began airing Bleach as part of the newly revived Toonami block on May 26, 2012 at midnight.[1] After the November 1, 2014 broadcast of the series finale the series was removed from the Toonami lineup. However, after a two week break, reruns of the series returned to Toonami on November 15, 2014 but were again removed following the January 31, 2015 broadcast.[2] The series was rated TV-PG-DLV, TV-14-DLSV, and TV-MA on Adult Swim.

Ichigo Kurosaki is a teenager gifted with the ability to see spirits. His life is drastically changed by the sudden appearance of a Soul Reaper—one who governs the flow of souls between the human world and the afterlife—named Rukia Kuchiki, who arrives in search of a Hollow, a dangerous lost soul that absorbs energy from souls. When Rukia is severely wounded defending Ichigo from the Hollow, she attempts to transfer a part of her reiatsu ("spiritual pressure") energy to Ichigo so that he can defeat the Hollow. However, Ichigo takes almost all of her energy, transforming into a Soul Reaper and allowing him to defeat the Hollow with ease. With her powers diminished, Rukia is left stranded in the human world until she can recover her strength. In the meantime, Ichigo must take over Rukia's role as a Soul Reaper, battling Hollows and guiding souls to the afterlife realm known as the Soul Society.

As some time passes and Rukia has yet to return to the Soul Society, her Soul Reaper superiors learn about her whereabouts and actions and sentence her to death for performing the illegal act of transferring her powers. This however had ended with two high ranking Soul Reapers (Shinigami) injuring Ichigo and taking Rukia to their world The Soul Society. These two soul reapers are Renji Abarai, Rukia's childhood friend, and captain Byakuya Kuchiku, Rukia's older brother. Although he is unable to stop Rukia's departure to the Soul Society, Ichigo resolves to rescue her with the aid of several of his spiritually aware classmates, Orihime Inoue, Yasutora (Chad) Sado, Uryū Ishida, and the ex-Soul Reapers Yoruichi Shihōin and Kisuke Urahara.

Ichigo Kurosaki — The primary protagonist of the series. An orange-haired high school student, who becomes a "substitute Shinigami (Soul Reaper)" after unintentionally absorbing most of Rukia Kuchiki's powers. His cynical nature at first makes him ill-disposed towards the duty, but, with the passage of time, he accepts and welcomes the strength his Soul Reaper powers give him. When Ichigo first becomes a Shinigami, his Zanpakutō was a standard-looking katana, but oversized. The large size is due to the unfocused but immense amount of Ichigo's spiritual power, which he did not know how to control.

Rukia Kuchiki — A Soul Reaper who is assigned hollow extermination duties in Ichigo's hometown (Karakura Town) and is the main heroine of the series (though her role is downplayed later on). Though her physical appearance is that of a teenage girl, in reality she is ten times older than Ichigo. At the opening of the story, Rukia is forced to transfer her powers to Ichigo and assume a temporary lifestyle as a regular human. She registers at the local high school and takes up residence in Ichigo's closet, while teaching him how to be a substitute Soul Reaper in her place. She is shown many times kicking Ichigo in the face and using similar, slightly comical tactics to "wake him up." Orihime stated once that Rukia seemed to be the only one that is able to cheer Ichigo up, as she seems to have a lot of faith in him.

Orihime Inoue — A long-time classmate of Ichigo Kurosaki who gains a crush on him later on in the series, linked to him by mutual friend Tatsuki Arisawa. She is effectively an orphan, as when she was 3, her older brother Sora left their abusive parents' home with Orihime and raised her on his own. Later on, when Orihime was in middle school, he died in an accident. Though initially devoid of spiritual powers, she develops spiritual awareness early in the series and later obtains the God-like ability to warp reality through rejecting past phenomena, which she often uses as a healing ability.

Yasutora (Chad) Sado — better known as Chad, he is one of Ichigo's friends at school. He is a biracial Japanese/Mexican student who towers over his classmates at 7 feet 2 inches. Despite his imposing appearance he is quite meek, and refuses to fight unless it is for the sake of another. Chad does not have awareness of ghosts at first, but this changes when he attempts to protect Ichigo's sister, Karin,and her friends from a hollow. He discovers a unique ability that strengthens and armors his right arm, enabling him to fight hollows.

Uryū Ishida — A Quincy, descendant of a line of priest-like hollow-hunting archers who were historical enemies of the Soul Reapers. He bears a deep grudge against all Soul Reapers, including Ichigo, and is an early antagonist in the series. He comes to view Ichigo differently over time, and eventually becomes a valuable ally and a friendly rival. Uryu's powers as a quincy are used by gatheing spirt particles called reshi. He uses them to create a beam or 'arrow', and shoots these beams with a bow. 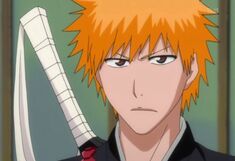 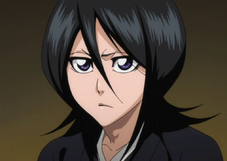 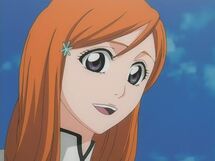 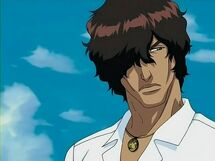 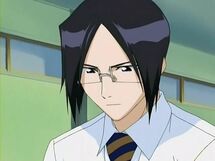 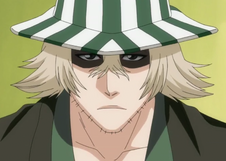 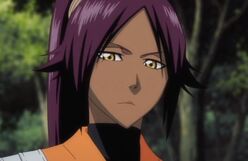 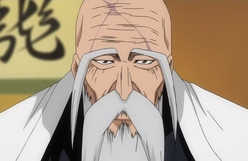 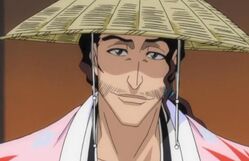 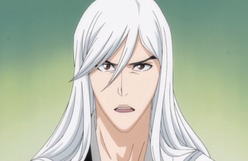 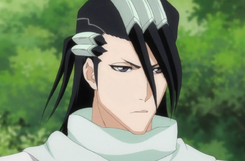 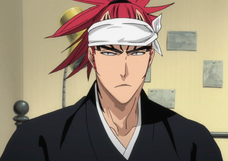 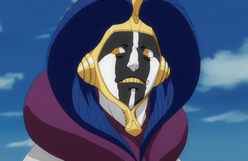 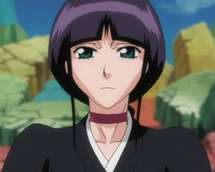 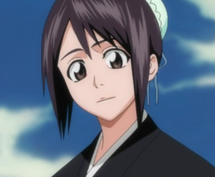 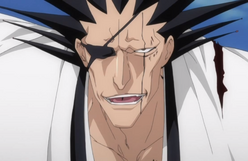 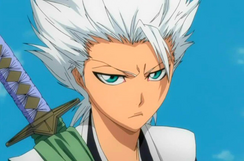 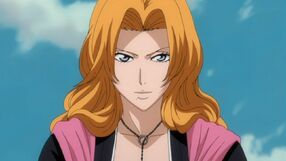 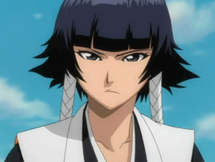 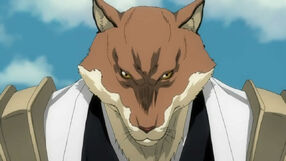 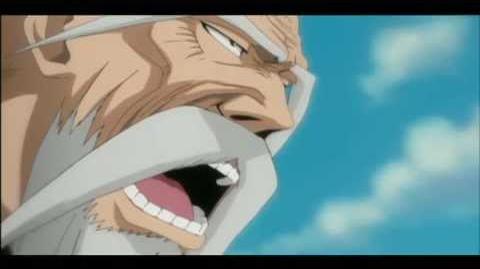 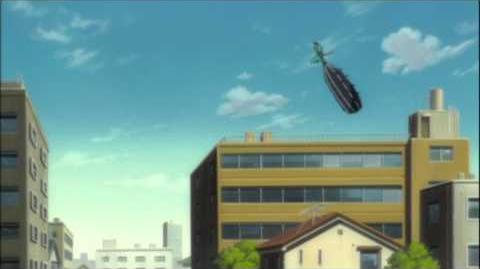 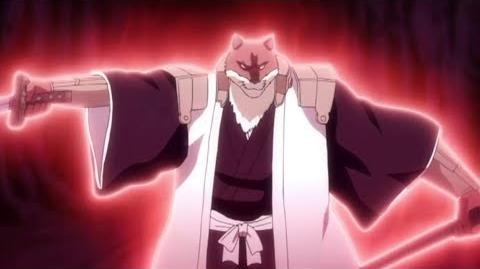 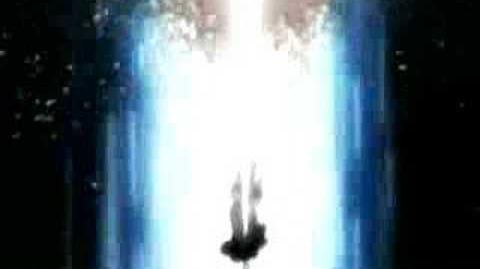 Bleach aired in Japan on TV Tokyo from October 5, 2004 to March 27, 2012. in 2006, Viz Media obtained the North American television and home video rights to the series[3], and enlisted Studiopolis to produce an English dub, which premiered in Canada on YTV, as part of the Bionix programming block on September 8, 2006. In the United States, Adult Swim began airing Bleach on September 9, 2006, as part of the Adult Swim Action programming block.[4] Adult Swim stopped broadcasting new episodes of the English adaptation on October 13, 2007, after airing the first 52 episodes of the series, replacing Bleach with another Viz Media series, Death Note, to provide Studiopolis more time to dub additional episodes. The series began airing again on March 1, 2008[5], but went back on hiatus on November 21, 2009, after airing episode 167. The series aired in reruns until new episodes returned on August 28, 2010.[6] The series last aired on Adult Swim on January 31, 2015. In the United Kingdom, Bleach aired on Anime Central beginning on September 13, 2007.[7]

Bleach premiered on Toonami at 12:00 AM on May 26, 2012, the night Toonami was revived as a programming block on Adult Swim. As the series had previously been airing on Adult Swim, the first episode aired on Toonami was episode 255.[1] The series finale made its U.S. television premiere on November 1, 2014, and the series was subsequently removed from the lineup and replaced by Dragon Ball Z Kai. However, the series returned in reruns two weeks later, beginning with episode 282, on November 15, 2014, taking over the 2:30 AM time slot previously held by Hellsing Ultimate.[2] The series was pre-empted by Toonami's month of movies during the month of December and returned in the 3:00 AM time slot on January 3, 2015.[10] Three weeks later, on January 24, 2015, the series moved back into the 2:30 AM time slot.[11] However, following the January 31, 2015 broadcast, Toonami lost the 11:30 PM - 12:00 AM time slot and the 3:30-5:00 AM time slots due to low ratings. As a result, Bleach was one of the series removed from the lineup.[12]