April 1, 2012
Blue Submarine No. 6 is a 4-episode original video animation (OVA) series by Gonzo, adapted from the post-apocalyptic manga series written and illustrated by Satoru Ozawa, and first published in 1967 by Akita Shoten. The OVA adaptation was released in the United States on April 4, 2000. It uses a hybrid approach, combining 3D computer graphics with traditional animation, and is a pioneering example of this technique. The jazzy and atmospheric score was provided by rock n' roll big band The Thrill.

Blue Submarine No. 6 made its television debut in the United States on Cartoon Network's Toonami block from November 6, 2000 through November 9, 2000.[1]

The story begins in the far future, when the Earth's oceans have risen and flooded most of the sea-lying land on Earth. The rogue scientist Zorndyke caused the flooding, which killed countless individuals, and most of humanity's remaining cities have been attacked or destroyed by Zorndyke's army of half-animal "hybrids". The remaining humans begin to wage war against Zorndyke's seagoing creations for simple survival. Humanity's best hope for a resolution to the conflict lies with its submarine forces, among which is the focus of the story, Blue Submarine #6. It is revealed that Zorndyke is attempting to decisively end the conflict in the favor of his hybrid children by artificially inducing a polar switch using geothermal energy at the South Pole.

Tetsu Hayami — A former elite cadet at the Naval Academy. He was involved in the development of the Grampus during his years at the academy where he contributed a great deal. After the incident with Nonaka, he withdrew from the Blue Fleet and lived a miserable existance. In his childhood years, he suffered from aquaphobia and still hasn't overcome it. He's contacted by Kino to help with the Blue Fleet operation.

Mayumi Kino — A head strong young woman that lost her family to Zorndyke and his monsters. She enlists Hayami to help her with the Blue Fleet operation.

Mutio — Mutio is a member of the aquatic hybrid race created by Zorndyke (often referred to as nereids). She is saved by Hayami and she later returns the favor. She becomes an outcast due to her interactions with Hayami. Even though she was banished by Verg and brutally beaten by her sisters, she still consoles him in the last episode. This forgiving nature may have developed during her interactions with Hayami and Red Spot or because of her natural compassion. Subtly hinted throughout the anime to have fallen in love with Hayami and implied in the final credits to someday reunite with him. She is the only fish-woman seen with red eyes and red spots (as opposed to the normal blue), a rare sign of genetic diversity amongst her species in the series.

Tokuhiro Iga — The Captain of Blue 6, while serving in the Marine Self Defense Force Submarine Division, he became an alcoholic and his wife and child left him. He became an instructor at the International Naval Academy by swearing to give up drinking. He is a veteran of Musuca battles and has experience in fighting Verg. Understanding his former student; Tetsu Hayami's great abilities and seeing the need for them, he pushed him to rejoin Blue Fleet.

Mei-Ling Huang — Mei-Ling is a 10-year-old crew member who works with the sonar and communicates with Zorndyke's creatures. She is a child genius and a Sonometer who uses the "Lorenzini System" included on the Blue Fleets Submarines. She is the sole member of Blue 6 who operates this system. She was born and raised in a wealthy family. Her father is French and her mother is Vietnamese. Because she is gifted with extra sensory abilities, she was involved in a project at the Oceania Marine Development center. After the Zorndyke conflict began, Yamada saw her talent and had her join the Blue Fleet. Despite Huang's remarkable skills, she is still quite young and very emotionally frail, often time she's seen clutching her stuffed bear and is very disturbed by all the death that occurs during battle. She dislikes any kind of conflict and feels burdened by her psychic abilities. It also seems that she is very close to Kino.

Yuri Maiakofski — A 21-year-old vice chief of the Blue 6. He attend the same academy as Hayami. He was opposed to Hayami returning and has always been his rival.

Shidil Dedson — A 23-year-old leader sailor of Blue 6. his father was a poet, as is he. He join the Blue fleet to fight Zorndyke. He plays both football and basketball. His favorite book is The Gulf and Other Poems by Derek Walcott.

Hugh W. Conwell — Hugh is a 58-year-old chief engineer of the Blue 6 of Scottish origin.

Kouichi Nakamura — The 53-year-old crew member of the Blue 6. His hobbies are listening to Hawaiian music and diving. His childhood dream was to become an underwater photographer. He joined the public merchant marine university and went from his sea trading company to the Blue Fleet. He loves Hawaiian music and plays the ukulele.

Makio Yamada — 28-year-old sonar operator of the Blue 6. Boasting about his abilities, he volenteered to join the Oceania Marine development center project. After a short stint at the center he became one of Blue Sub No 6's Sonar Operators. He also acts as Mei-Ling's guardian.

Toko Gusuku — A 20-year-old firearm control of the blue 6. Her motto is "eat a lot and talk a lot". She is a typical tomboy. She is against war but justifies joining the Blue fleet "for the purpose of restoring peace".

Freeda Verasko — Freeda is a 27-year-old pilot of the Blue 6 of Mexican origin. Freida was raised in a military family; her father was an officer in the Mexican Navy. She has a husband and a 3-year-old child, but during Zorndyke's war, they became separated. She loves and appreciates the beauty of botany and paints.

Alexander David Cekeros — 25-year-old Quartermaster of the Blue 6 of Italian origin. During his service in the Italian navy, he was reprimanded by his commanding officer for his loose conduct with women. He was expelled from the International Naval academy. Even though he is a native Italian, he dislikes pasta. He has a cheerful personality and is usually seen around Freeda.

Jean-Jacques Barnell — He is obsessed with machines and how they work. He joined the development research center from France to work on AIP research, yet still believes that diesel is the best propulsion system in the world. He had claustrophobia before he joined the Blue fleet.

N'duhlle Gilford — Emigrated from Africa at the end of the 20th century to escape strife. Received her citizenship and scholarship by joining the Navy. A devout Catholic and 33 years-old. She is the youngest and most elite Captain in the Blue Fleet.

Zorndyke — Zorndyke is the main antagonist of the story, who is supposed to be attempting to destroy humanity. He has created a series of hybrid creatures to carry out various tasks, known as the Army of Chiron. Many seem to have gone beyond his control, though they claim to be doing his will.

Verg — The "Admiral" of Zorndyke's navy. He is very prone to fits of anger and jealousy and even savagely attack Mutio for interacting with a human. His biggest motivation appears to be his Papa's approval, and he constantly seeks it by killing humans. He foolishly believes that humans make his Papa sad, and not the war(s) they are involved in.

Red Spot — He appears to be the only Musaca to speak the human language. He seems to have a dominant ability over others of Zorndyke's army. He is killed by torpedoes fired from Blue 6 and is comforted by Mutio as he slowly dies stating, "It doesn't hurt anymore...no more cold...no more loneliness." He is the second of Zorndyke's creatures to show compassion. Claims to be a prototype in episode 3.

Musaca — Giant mutated whales, outfitted with torpedo capabilities and high frequency echolocation that can cause massive damage. Highly intelligent, the creatures were given the gift of sentience by Zorndyke. 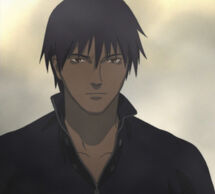 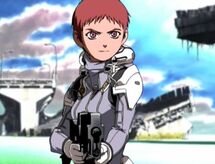 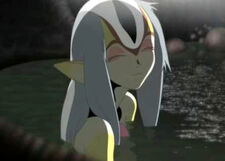 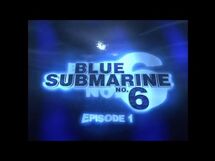 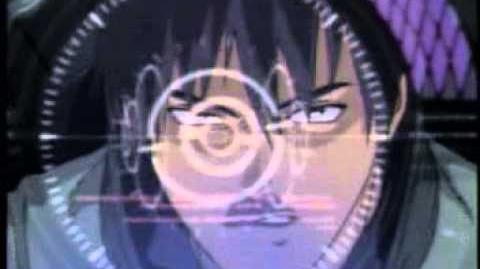 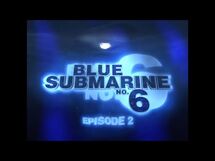 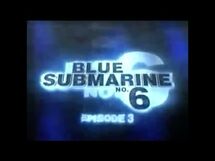 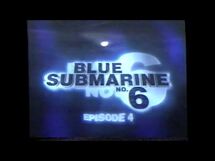 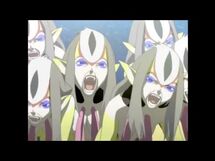 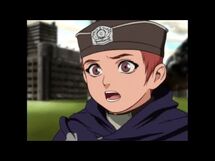 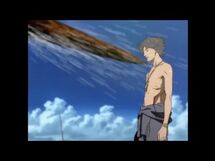 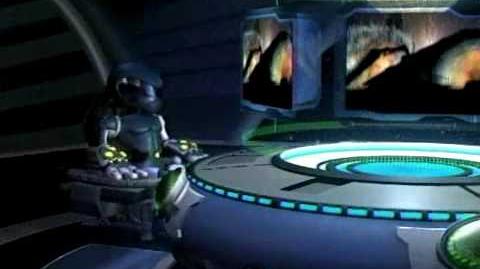 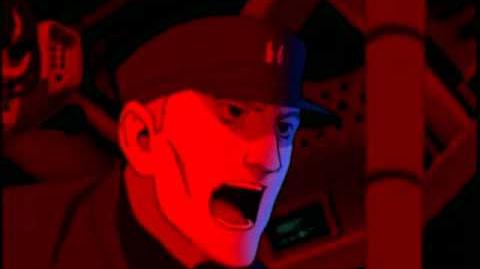 Blue Submarine No. 6 is a 4-part OVA series, that spans 120 minutes. The series was released in the United States on April 4, 2000. The series was initially licensed by Bandai Entertainment until their shutdown in 2012. Discotek Media has since licensed the OVA and re-released the series on DVD and Blu-ray in 2013.

Blue Submarine No. 6 only had one marathon appearance during its run on Toonami, Toonami's 5 Year Anniversary.