July 10, 1999 - March 4, 2000
Cartoon Roulette was an American animation showcase series in which a number of Hanna-Barbera owned cartoon titles, as well as the 1940's Fleischer Superman cartoons, would be played at random. The series ran on Cartoon Network's newly created Toonami programming block from March 17, 1997 to May 30, 1998. Roulette also appeared on the Midnight Run from July 10, 1999 to March 4, 2000. 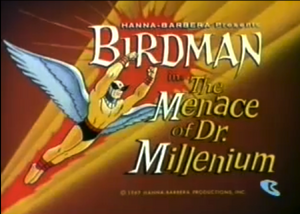 In actuality, Birdman is Ray Randall, an ordinary man who was given sun-based superpowers by the Egyptian sun god Ra. Now, Birdman, along with his trusted eagle Avenger, works for a secret government agency headed by the mysterious one-eyed Falcon 7. He recieves messages from Falcon 7 in his Bird Lair, a high-tech lab with several computers and video monitors with a control panel, which is hidden inside of a volcano. As Birdman, he posses super strength, the power to fly via giant bird wings on his back, solar energy blasts, enhanced hearing, and the ability to create a shield out of solar energy. The only catch is that his powers dwindle when he is out of the sun for too long. Using his powers, Birdman battles the forces of evil, including the criminal sydicate FEAR, led by the mysterious Number One.

Throughout the progression of the series, Birdman is joined by Birdboy. Birdboy was a young boy whom Birdman discovered shipwrecked in the middle of the ocean. In order to save the boy's life, Birdman used his energy powers to strengthen the boy back to health. Now with the aid of metal wings, Birdboy has the same basic powers as Birdman and assists him in fighting crime while continuing to search for his missing father. 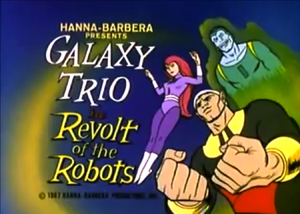 The Galaxy Trio is a group of interplanetary law enforcers who battles criminals throughout the cosmos. The group consists of Vapor Man, who can change into any type of vapor; Gravity Girl, who can control gravitational forces; and Meteor Man, who can increase all or part of his body to impossible heights, gaining super strength in the process. They patrol space in their cruiser Condor One maintaining order and fighting evildoers in the name of the Galactic Patrol law enforcement agency. The ship was equipped with a "displacer" very similar to the transporter device on Star Trek, which was a contemporary show. 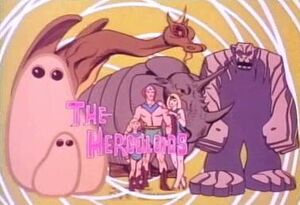 The Herculoids battled to defend their planet from menaces on Amzot/Quasar and from outer space. All of the Herculoids displayed Human-level intelligence--employing precision teamwork and complex tactics--as well as emotions, and Zandor and Tara both displayed a working knowledge of complex alien technologies as well as the ability to pilot interstellar spacecraft.

But essentially, Zandor, Tara, Dorno, and the Herculoids were all apparently fighting to keep Amzot/Quasar a technology-free, primitive planet. This is further indicated by the pseudo-barbarian outfits of Zandor, Tara, and Dorno and the fact that technology was used mainly by the various villains, but rarely if ever by the heroes.

Although the "speech" of their companions was limited and repetitive, Zandor, Tara and Dorno demonstrated that Gloop and Gleep, at least, had a comprehensive mode of communication, and that they could at least understand and interpret this language (c.f. "The Mutoids:" "Gleep says that the aliens who landed are attacking Dorno and Tundro"). The "voices" used in the shows were actually brief tracks supplied by two actors and reused throughout the series, in keeping with Hanna-Barbera's thrifty ethos.

A number of episodes featured alien invaders who came to Amzot/Quasar to seek revenge against Zandor for an unspecified battle or adventure from the past. All were apparently technocratic, and the aliens's grudges seemed basically to boil down to them being stymied in their attempts at bringing technology to Amzot/Quasar, which the apparently primitivistic Zandor wanted to avoid. 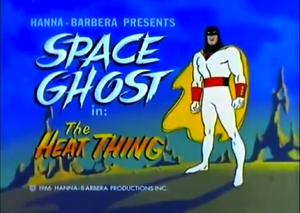 Space Ghost, along with teenaged sidekicks Jan and Jace and their monkey Blip, fight villains in outer space. Usually Space Ghost's sidekicks would get captured or trapped by the villains and Space Ghost would have to defeat the villains and save the day. His villains included Zorak, Brak and his brother Sisto, Creature King, Black Widow (aka Spider Woman), Lokar, Moltar, and Metallus. Space Ghost has the powers of invisibility, flight, a force field, an x-ray like visio penatron beam that comes from his mask, and the ability to project any kind of energy from his wristbrands. He has occasionaly displayed super strength, which may be connected to his bands. 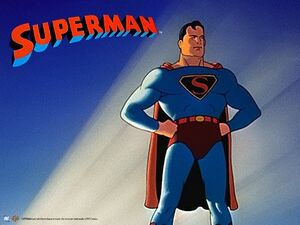 The Fleischer & Famous Superman cartoons are a series of seventeen animated Technicolor short films released by Paramount Piictures and based upon the comic book character Superman. The line "We won't be intimidated by criminal threats." from the short "The Bulleteers" has been used in various Toonami promos. 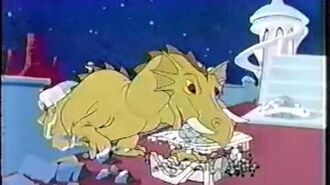 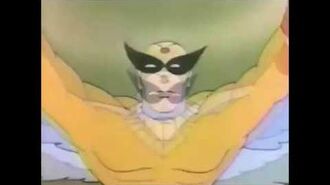 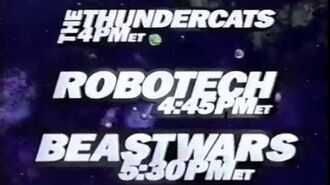 The exact number of episodes of Roulette is unknown, as it is a showcase series created specifically for Toonami that featured random segments of several series. However, Roulette aired on Toonami and the Midnight Run over 700 times between Toonami's debut on March 17, 1997 and the final Saturday night Midnight Run on March 4, 2000.

Cartoon Roulette was created specifically for Toonami and never aired outside of the block.