2:00 AM
Dragon Ball Z: Cooler's Revenge is the fifth Dragon Ball Z movie produced, originally released in Japan on July 20, 1991, between episodes 99 and 100. It was translated into English by FUNimation Entertainment in 2002, and was released in the United States on VHS and DVD on January 22, 2002. The movie was re-released with its sequel, Dragon Ball Z: The Return of Cooler, in November 2008 alongside the remastered Season 7 of the anime series.

The film begins with a flashback to when Frieza destroyed Planet Vegeta, and Cooler's ship picks up Goku's space pod escaping the system. Cooler calls off the order to have it destroyed and lets it go, believing it to be no threat to him. More than twenty-five years later, Cooler unexpectedly discovers that his brother was killed by a Saiyan, something he disregards at first, believing that no Saiyan could generate enough power to kill Frieza. Cooler shows no compassion for his fallen brother, but is angered that someone in his family was slain by a Saiyan, and thinks that Frieza has dishonored his family by doing so. Soon after, Cooler and his "Armored Squadron" travel to Earth with the plan to kill the Saiyan who damaged his family's honor. Upon arrival, his forces ambush Goku and his friends on a camping trip, and after battling Salza, Neiz, and Dore, Goku is wounded by an energy blast launched by Cooler that was meant to kill Gohan, although he had enough strength left over to counter with an energy blast at Cooler, which he effortlessly parried, to which Cooler then realized that he was most likely going to survive and then tried to finish him off with a Death Flash, but he escaped underwater. This encounter leads him to speculate that Goku might be a Super Saiyan, and thus explains how Frieza could have been killed by Goku. Undaunted, he tells the Armored Squadron to find and destroy them.

Icarus reawakens Krillin during the aftermath of assault by the Armored Squadron, and Krillin then ponders Goku's whereabouts. Meanwhile, Goku and Gohan emerge near a bank, and Goku loses consciousness due to his injury sustained from Cooler's blast. Gohan takes his father to shelter within a cave, but they are sealed away within a cavern due to Dore, Neiz and Salza blasting the landscape in an attempt to kill the wounded Goku. They assume their efforts are enough to have killed Goku, to which Cooler disagrees, stating that while he could just destroy the Earth, he would personally prefer ensuring Goku was dead seeing his corpse with his own eyes. Meanwhile, Krillin, Oolong and Icarus, while hiding from the Armored Squadron, search for Goku until Icarus, picking up Gohan's scent, discover the cave Goku and Gohan are trapped within. When Krillin uses a Ki Blast to bring down the rock pile blocking the entrance, they narrowly manage to avoid drawing Neiz's attention thanks to a Pterodactyl going by Neiz while the latter was trying to find where the energy his scouter detected came from.

After Krillin sets up shelter in a small cave with Goku, Gohan flies off to obtain Senzu Beans from Korin on his tower. After obtaining the beans, he is ambushed by the squadron, but just as he is about to be mercilessly beaten, Piccolo arrives on the scene and saves him from the attack. Piccolo proceeds to battle the warriors, and effortlessly kills Dore with a homing energy blast. He continues to fight Salza and Neiz, but is trapped for a moment in Neiz Bind Wave allowing Salza to chase down the fleeing Gohan. However, Piccolo proves far to powerful for the attack to work on him, and he backfires it on Neiz, which kills the soldier outright. Piccolo then ambushes Salza in a forest, but Cooler arrives and blasts Piccolo through the chest.

Cooler then orders Salza to track down Gohan as a near-dead Piccolo falls to the ground below, with Piccolo, thinking that Cooler was Frieza, claiming out of shock that [Frieza] should have been dead before being blasted multiple times. Gohan arrives at the cave with the Senzu Beans a short time later, but Salza arrives and destroys the bag just as he is about to give them to Krillin. An outraged Krillin attacks Salza but proves no match for the elite warrior, and as Krillin is smashed down, Gohan comes to his aid, but not before giving Goku the extra bean Yajirobe had thrown to him. As Gohan charges at Salza and proceeds to be thrashed around, Goku is healed with the spare bean. Goku walks out of the cave much to the surprise of Salza, who was just heading over to finish the wounded fighter off. Cooler arrives moments later and during a conversation, Salza attacks Goku to absolutely no affect. Goku powers up and Salza is sent hurdling into a rock face. Goku then charges at Cooler, and the titanic battle begins.

After several minutes of a somewhat even fight, Cooler tells of his history with his younger brother Frieza, and how he always hated his "spoiled brat" of a brother, and that he was actually planning on killing him himself one day. As the conversation continues, Cooler reveals that Frieza always had the edge in strength until Cooler found a transformation beyond his brother's. The tyrant then reveals his final transformation, and proceeds to pummel Goku easily. Even with uses of the Kaio-ken and the Kamehameha, Goku proves no match for the transformed power of Cooler, and finds himself completely outclassed.

However, as Cooler threatens to destroy the planet, Goku once again channels his fury to become a Super Saiyan. Cooler finds himself, like Frieza was, grossly outclassed, but summons a trump card in the form of a Supernova (the same attack Frieza used to blow up Planet Vegeta, and the one he used to attempt to kill Future Trunks) to destroy Goku and the Earth. However, after a stint of struggling, Goku eventually manages to send it back with a Super Kamehameha, sending Cooler hurdling into the sun. As Cooler curses Goku, he realizes that Goku is the Saiyan he let escape over two and a half decades ago, and that he could have prevented this fate by killing the Saiyan child when he had the opportunity. Cooler then disintegrates and seemingly dies in the Sun.

Goku, drained after his battle, is found by Krillin and Gohan. They are searching for the injured Piccolo when Salza reappears, and attempts to attack them. However, before he can attack, he is run through and killed by a Special Beam Cannon from a distance. Gohan looks around for Piccolo to no avail, and the movie ends with Piccolo staring at the sun and drinking some water, his wounds fully healed due to his regeneration ability. 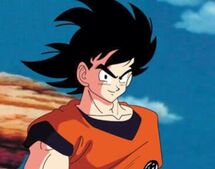 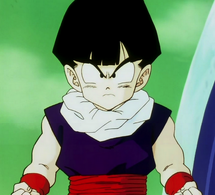 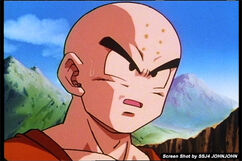 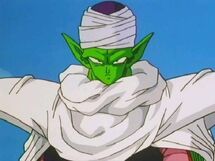 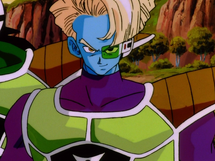 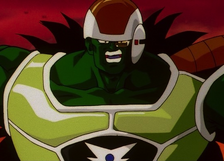 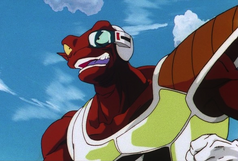 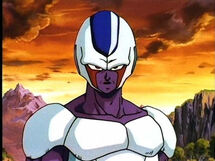 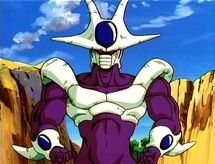 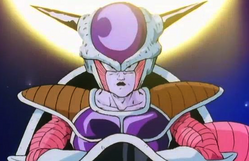 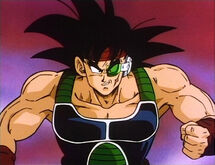 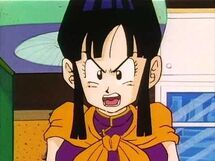 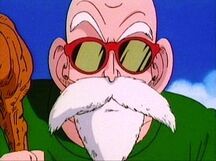 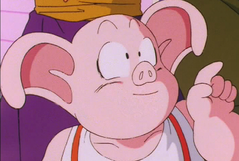 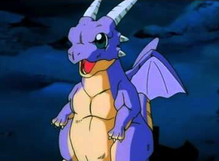 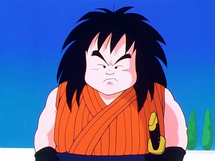 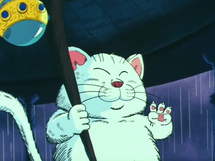