Fullmetal Alchemist: Brotherhood tells the story of two brothers, Edward Elric and Alphonse Elric, who lose their mother to an incurable disease. With the power of alchemy, they use taboo knowledge to resurrect her. The process fails, and as a toll for using this type of alchemy, the older brother, Edward Elric loses his left leg while the younger brother, Alphonse Elric loses his entire body. To save his brother, Edward sacrifices his right arm and is able to affix his brother's soul to a suit of armor. With the help of a family friend, Edward receives metal limbs through automail in order to replace his lost ones. With that, Edward vows to search for the Philosopher's Stone to return the brothers to their original bodies, even if it means becoming a "State Alchemist", one who uses his/her alchemy for the military.

Edward (Ed) Elric — The "Fullmetal Alchemist", is the youngest State Alchemist in history. He and his younger brother, Alphonse Elric, scour the world in search of the Philosopher's Stone, in the hopes of restoring their bodies. Edward lost his left leg in a failed attempt to revive his mother, Trisha Elric, using Alchemy, and lost his right arm in exchange for attaching Alphonse's soul to a suit of armor. Edward now employs the use of metal prosthetics, known as automail, as replacement limbs. Edward harbors a sharp sensitivity to his short height; a recurring gag is for Edward to overly react to people that call him short. Edward is able to use alchemy without first drawing a transmutation circle, due to his failed attempt at human alchemy.

Alphonse (Al) Elric — The younger brother of Edward Elric. Together, he and Ed scour the country in search of the Philosopher's Stone in the hopes of restoring their bodies. Unlike Edward, who lost one of his legs in the failed attempt to revive the brothers' mother, Al lost his entire body. At the last moment, and at the cost of one of his arms, Ed sealed Al's soul in a giant suit of armor, making Al almost invulnerable.

Winry Rockbell — A childhood friend of Edward and Alphonse Elric, lives in Resembool with her grandmother, Pinako Rockbell, who raised her after the death of her parents during the Ishbal War. Her parents were killed by Scar in a blind rage. Winry is a practicing and gifted automail mechanic, following in her grandmother's footsteps, continually designing and maintaining Edward Elric's automail prosthetics. Winry acts as Ed's love interest throughout the series.

Roy Mustang — A State Alchemist, given the title, "Flame Alchemist", holds the rank of Lieutenant Colonel in the State Military at the start of the series, until he is promoted to the rank of Colonel, which he holds for most of the series. He aims towards becoming the next Führer of Amestris, heavily relying on the support of his loyal subordinates to propel him along that path. Mustang is able to create flames, thanks to the transmutation circle taught to him by the tattoo on lieutenant Hawkeye's back, made by her father before his death. He draws the circle on his gloves, made of a special flint like substance that causes a spark when he snaps his fingers.

Riza Hawkeye — Roy Mustang's most trusted and dearest subordinate. She often carries out many of the tasks he is too lazy to do, acts as his personal assistant, and protects him from danger. She holds a strong sense of admiration for him, even willing to put her own life at risk. She also doubles as his voice of reason, keeping cool in heated situations, and scolding him when he allows his emotions to get in the way. Riza and Roy seem to share a close relationship as she identifies him as her most precious person. Riza specializes in firearms, particularly sniper rifles, and can hit nearly any target with lethal accuracy. After her father's death, Riza bore the final notes to her father's work on Flame Alchemy, and his legacy as an alchemist and Mustang's teacher. After seeing what Mustang was capable of during the Ishbal War with such ability, Riza begs Roy to burn the tattoo, fearing the damage another flame alchemist could cause.

Maes Hughes — An old friend of Roy Mustang's. He works in the military's intelligence division, but spends much of his time using the military phone lines to brag to Mustang about his family. After his daughter, Elicia, is born, he fawns about how cute and talented she is and bombards others with pictures of her when he sees them. Despite his over-the-top comical tendencies, Hughes is a valuable ally to Mustang's goal of becoming Führer, supplying whatever classified intelligence that may be beneficial. He has also been shown to be a capable fighter, skilled with throwing knives. His general understanding of others' emotions and desire to help them similarly gains the affection of the Elric brothers and their friend Winry Rockbell, as he always offers advice or hospitality to them when they need it. During one of his attempts to help the Elrics, Hughes learns of the homunculi's control over the country. However, he is shot and killed by Envy, disguised as Hughes' wife, Gracia. This leads Mustang to further investigate the truth for himself, in hopes of finding the one responsible for Hughes' death.

Scar — One of the survivors of the Ishbalan Extermination Campaign. Scar was a capable fighter who desperately tried to save whomever he could from the onslaught. However, Kimblee's enhanced alchemical attacks were too much. Scar's brother, who had been researching Amestrian alchemy and Xingese alkahestry in an attempt to gain power against the State, gives Scar his right arm in order to save his life. Scar then uses that arm to hunt down state alchemists back in Amestris, including Ed Elric.

Homunculi — The Homunculi serve as the main antagonists in the series. They are a group of artificially created humans who seek to fulfill their leader's goals of creating a Philosopher's Stone. Each homunculus is named after one of the seven deadly sins, and can be identified by their bearing of the mark of the Ouroboros somewhere on their body. They also possess a heightened regenerative ability, rendering them nearly indestructible, though not invincible. The homunculi were created by or are at the discretion of Father, being a manifestation of one of his traits: his greed, his lust, and so on. Father would later reveal that he ultimately created the homunculi for the sole purpose of purifying himself of his personal flaws. Each homunculus has a Philosopher's Stone somewhere in his or her body which fuels their regenerative ability, and were created at the same time as their respective Philosopher's Stone. While the first six were originally created from Father's own being, both Wrath and the second Greed are humans who accepted a Philosopher's Stone. The only way to kill a homunculus is by expending all of the power in their Philosopher's Stone, leaving them unable to revive themselves once they have been killed. 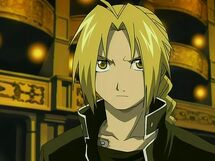 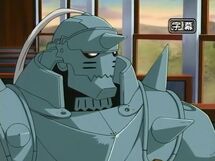 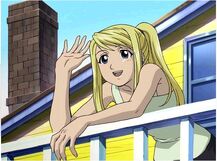 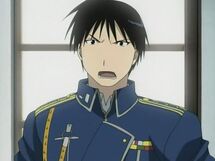 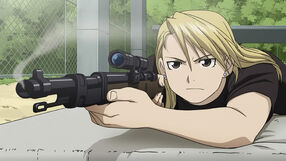 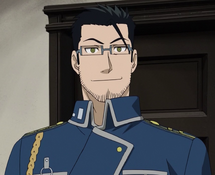 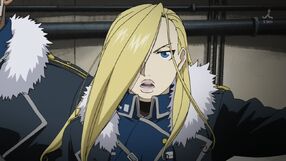 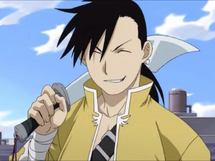 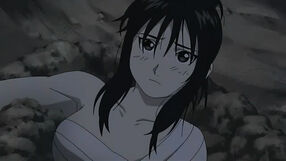 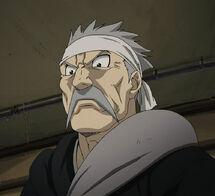 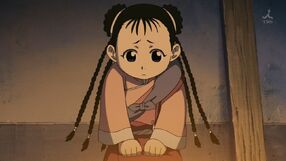 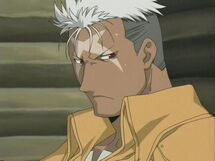 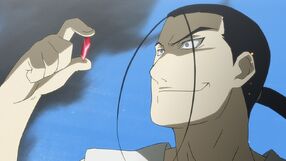 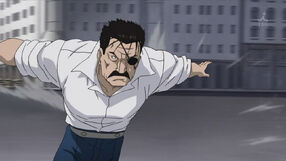 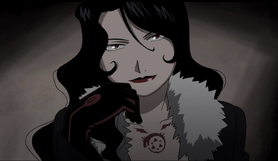 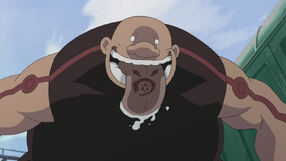 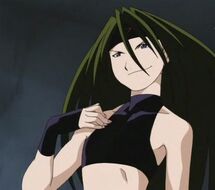 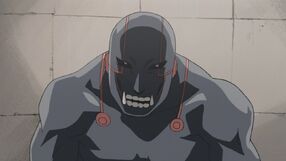 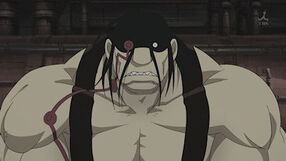 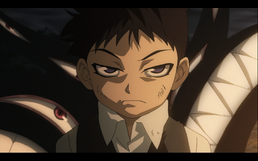 In North America, Funimation released the entire series in both Blu-ray and DVD formats. On February 1, 2016, Funimation announced that they would be losing home video and streaming rights to Fullmetal Alchemist: Brotherhood on March 31, 2016.[2] The rights were subsequently picked up by Aniplex of America.

The series premiered in Japan on April 5, 2009[3], on MBS-TBS's Sunday 5:30 pm JST anime timeblock, replacing Mobile Suit Gundam 00. On March 20, 2009, it was announced that it would receive its English language premiere on Animax Asia, with Japanese audio and English subtitles, starting on April 10, 2009, at 8:30 p.m, five days after its Japanese premiere.[4] On April 3, 2009, Funimation announced they would stream English subtitled episodes 4 days after they air in Japan.[5] Funimation later suspended the release of new episodes of the series for a few weeks due to an incident involving an episode of One Piece being uploaded before it had aired in Japan.[6] However, the episodes were shortly back on the Funimation website as well as on the official Funimation channel on YouTube.[7] The episodes were available for streaming from Funimation every Thursday at 10 a.m. CDT. All episodes were also available on Hulu.[8] Madman Entertainment also streamed episodes "within days" of their airing in Japan.[9]

Fullmetal Alchemist: Brotherhood was one of the holdovers from the Adult Swim Saturday night anime block that transitioned into Adult Swim's newly revived Toonami block on May 26, 2012. Reruns of the series were previously airing at 12:30 AM and 4:30 AM but took over Toonami's 1:30 AM and 4:30 AM time slots. Episode 32 was the first episode aired on Toonami as it continued where the series left off the previous week (episode 31). The series moved to the 2:00 AM and 5:00 AM time slots on August 18, 2012.