1:30 AM
Fullmetal Alchemist: The Sacred Star of Milos is a 2011 Japanese animated film based on the Fullmetal Alchemist franchise. The film was first announced after the airing of the final episode of Fullmetal Alchemist: Brotherhood. The idea to create a Fullmetal Alchemist movie set during Brotherhood's storyline came from the series's producers. The movie's original plot was written by Yuichi Shinbo who also came up with the new characters' names. From there, director Kazuya Murata did research on Spain to develop Table City, intended as a contrast to Amestris, which was based on England. Because it was the only time in the series that the main characters traveled to another country, Murata had difficulties concluding it, wondering if it would have an impact on the canonical storyline. Therefore, the story was set during the time Edward realized Alphonse's human body existed somewhere, with the logic that knowledge would encourage him to travel to another area to do research. The film premiered in Japan on July 2, 2011.

The movie begins with a young girl, Julia Crichton, waking up from a dream about the day her family was forcibly taken from her home by soldiers beside her older brother Ashley, who is currently studying their parents' alchemy books. Ashley then shows his sister some pages and explains that with the alchemy in the book, he hopes to make a world that no one's seen before. Soon after discovering two strange rubbed-out pages, the siblings hear some strange noises and Ashley goes ahead to investigate, but a worried Julia follows to a room where she finds the bodies of her parents hung up and dripping blood. She watches in horror as her brother is attacked and presumably murdered to which she faints.

Years later, a criminal breaks free from prison in Amestris, and the Elric brothers Edward and Alphonse join the effort to recapture him. The duo confronts the escapee who proves himself a dangerous opponent able to create ice and lightning from the alchemy circles drawn in blood on the palms on his hands. Despite the Elrics' efforts to capture the criminal, he ends up escaping, and after some investigation with Edward's superior Roy Mustang and his assistant Riza Hawkeye, they learn that the fugitive, Melvin Voyager, escaped despite him being weeks away from being released from jail. Among his belongings, they find a newspaper page with a piece cut off, and comparing with an intact copy of the same page, they find that the missing piece is a photo of a young woman named Julia Crichton who was arrested while entering illegally in the remote Table City, set in the border between Amestris and Creta.

Intrigued by the alchemy used by the criminal and his connection with Julia, the Elrics board a train to Table City to investigate further, but the train is attacked by an unknown individual who transforms into a wolf-chimera and takes control of the locomotive. While trying to retake the train's control from the Wolf-Chimera, flying soldiers called the Black Bats attacked the train, attempting to rescue what they thought were ordinary citizens, but they fall back after finding out the prisoners were Amestrians posing as prisoners as a trap. Meanwhile, Melvin found his opportunity and escaped, followed after by the Elric Brothers. Ed and Al arrive at a prison, where Melvin destroyed the prison walls to find Julia Crichton, the fugitive in the papers. Voyager attempts to retrieve Julia, which is interrupted by Miranda, the leader of the Black Bats, who retrieves her and gets her to safety. Ed then challenges Voyager while Alphonse goes to save Julia. She and him fall into a village in a vast chasm (The Valley) that surrounds Table City, where Voyager follows and reveals his true identity as Julia's brother, Ashley Crichton. While attempting to rescue his brother, Ed then ventures down to the Valley in search of Al, where he learns that Table City was originally the Hill of Milos, until Creta and Amestris tore it apart in search of the a mysterious object.

Inside the Black Bats' secret base, Julia and Alphonse develop a friendship while Julia learns about Al and Ed's tragic past of human transmutation. Later, when Ed meets up with Al in the Black Bats base, they find themselves hunted down by wolf chimeras from the Cretan secret police dispatched by Colonel Herschel, the Cretan commander of the area, prompting them to retreat further. They and the Elrics arrive in a room with maps and locations of Table City, where Miranda explains to the Elrics their mission: to reclaim Milos by using the Sanguine Star to control a powerful heat source called Magma. Miranda also explained that the Sanguine Star was a 'red glowing stone of power'. Shocked by the description, the Elrics reveal a secondary name the Star had, and that name was the Philosopher Stone, a name given to a stone of great power, but was made from the blood and life-force of a large number of human lives.

Wanting to avoid a bloody war, Ed and Al return to Table City in an attempt to find the Stone and destroy it. Later on, past midnight, the Black Bats, lead by Miranda, begin their assault, searching for the Sanguine Star. Miranda, Ashley, and Julia then venture to the main tower, where, suddenly, Ashley fatally injures Miranda and explains to Julia that the use of Miranda's blood activates a three dimensional transmutation circle drawn in blood to create the Sanguine Star. Julia then realizes that he is an impostor, Security Chief Atlas, who was enveloped by alchemy's potential of creation and power, and killed Julia's parents for it, and tore off the real Ashley's face and the skin from his lower left side to deceive Julia and create the Star. Ed and Al arrive to rescue Julia and confront Atlas, who escapes to the location of the Star. As Ed, Al, and Julia chased after Atlas, Herschel detonates a Cretan thermal power plant, pouring out a massive amount of lava towards the Valley. Al goes to help save the valley while Ed and Julia go after Atlas. Atlas nearly attempts to retrieve the Star, only to be confronted by Ed and Julia resulting in a minute-long fight. Julia then retrieves the star and decides to save the Valley by swallowing it to use its power.

Meanwhile, Alphonse's attempt to stop the lava are futile until Julia arrives to help him stop the lava. Atlas arrives to take back the Sacred Star, only to be confronted by Colonel Herschel, who reveals himself to be the real Ashley Crichton. Revealed to have survived the ordeal by swallowing a Star and motivated by a desire to avenge his parents, Ashley uses his alchemy to explode Atlas's head. Confirming his identity to Julia while apologizing for leaving her alone for so long, to keep her safe from Atlas, Ashley tells Juila to come with him to Creta so they can make a world that no one had ever seen before. But Julia when refuses as she loved their birthplace and her friends, Ashley attacks her and Alphonse but Ed and Mustang arrived to their friends' aid. With Ed outmatched by Ashley in an explosive sword-fight, Julia is forced to literally disarm her brother using her alchemy to match his. But upon seeing that he still kept the earring she gave him, Julia saves her brother at the last second before helping the Elrics create a massive gathering of hands from Table City to stop the flow of Magma and save Death Canyon. Julia then turned to her brother, who was already bleeding to death, using the Sacred Star's power to save him while restoring his face at the cost of her leg.

The next morning, Ashley woke up in a hospital bed alongside Julia. He then found his face restored completely, and after noticing his sister resting in bed, he gently rubbed Julia's cheek. Julia then woke up and found out that her left leg was gone completely, and Vatanen reported to her about Ashley, who had just left with one of the earrings he re-created. Vatanen also explained that Alphonse brought Julia's earrings to her, prompting her to want to see him. Using her new Automail leg, Julia finds the Elrics as they marveled at the new bridge they made. The three exchanged conversations about how Amestris and Creta are falling back for now, and how a war will be coming. Julia knows this, but she smiles confidently about how she and Milos will work together and triumph. After telling her that she is reckless but still heroic in her actions, Ed gives Al some time alone with Julia. After Al commented on her beauty, Julia tells him that she will be waiting for him to come back after he and his brother restore their bodies. As Al and Julia parted ways, elsewhere, Ashley dons his Cretan uniform and mask before heading back to Creta. The Elrics board the train with Mustang, Hawkeye, and Winry while looking one last time at Table City. 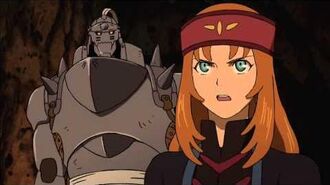 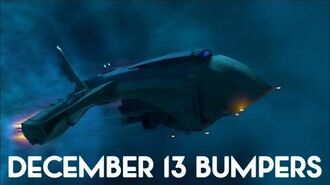