With G-Force, Sandy Frank Entertainment collaborated with Turner Broadcasting to create a newer, more faithful translation of Science Ninja Team Gatchaman for a new audience, and such a translation was made possible with the relaxed television standards of the 1980s, a luxury that the more Star Wars-themed Battle of the Planets did not enjoy.

With Battle of the Planets having run its course on U.S. television, Sandy Frank Entertainment, still holding the rights to the original Gatchaman series, partnered with Turner Broadcasting to create a newer, more faithful adaptation of Gatchaman, which would be easier to accomplish with the newly relaxed television standards of the Reagan era-1980s. (Themes such as violence, death and destruction in cartoons were heavily edited during the 1970s.) Turner executives believed that the series still had potential, and in turn acquired the rights from Sandy Frank to begin work on what would come to be known as G-Force (the same title given to the collective group of protagonists in Battle of the Planets, which in turn would be used for the same purpose on the new version).

To develop this project, Turner enlisted the help of Fred Ladd, a pioneer in the field of translating and distributing Japanese animation in the U.S. (with famous works such as Astro Boy, Gigantor and Kimba the White Lion, under his belt) to produce the adaptation. Ladd, through his production company "Sparklin' Entertainment", put together two "test" pilot episodes chosen by Turner, and sent them in for approval. Within days, Ladd and his company were given the greenlight to produce the adaptation, and work on G-Force began in the fall of 1986. Despite it being handled by Turner & Fred Ladd, Sandy Frank ultimately held the copyrights to the series (along with international distribution rights), while Turner, through its subsidiary Turner Program Services, and King Features Entertainment held limited distribution and syndication rights.

For Turner's G-Force, none of Battle of the Planet's original elements (such as 7-Zark-7, 1-Rover-1, the concept of space travel and space battles, and all of the added American footage) were retained, replaced instead with a more accurate translation of the original Gatchaman series with far less alterations. Most of the plot, backstories, violence and deaths remained intact, only edited or "softened" with added dialogue where it was too explicit (i.e. profanity, certain on-screen gun usage, deaths via firearms and/or overly violent means and inter-team violence).

Unlike Battle of the Planets, which bounced around the Gatchaman episode order and adapted them as the producers saw fit, G-Force followed the original Gatchaman episode order for its entire run, only skipping Gatchaman episodes 81 (due to strong content) and 86 (for unknown reasons) for a total of 85 dubbed episodes. However, only the first 87 (85) of Gatchaman's 105 episodes were adapted for G-Force which resulted in the adaptation ending on a cliffhanger, with no definitive ending.

A bird-themed superhero team battles the threat of Galactor and his minions, an international terrorist organization with advanced technology. Galactor will stop at nothing to complete his goal of taking over the Earth, but fortunately Earth has G-Force - a team of five youngsters willing to lay down their lives to protect the planet! Ace Goodheart, Dirk Daring, Agatha June (Aggie), Pee Wee, and Hoot Owl (Hooty) will fight to keep the Earth safe!

Ace Goodheart — The team leader & tactical expert. His birdstyle is based off of the Eagle.

Dirk Daring — The team's second-in-command, marksman & weapons expert. His birdstyle is based off the Condor.

Agatha June — The team's electronics and demolitions expert. Her birdstyle is based off of the Swan.

Pee Wee — The team's youngest member and the reconnaissance expert. His birdstyle is based off of the Swallow.

Hoot Owl (Hooty) — is the team's ship pilot. His birdstyle is based off of the Owl.

Galactor — the alien mastermind and main antagonist. He turned a mafia organization into a worldwide terrorist group in his attempts to conquer Earth for his race. 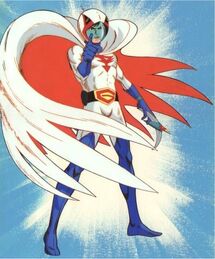 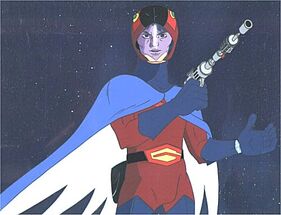 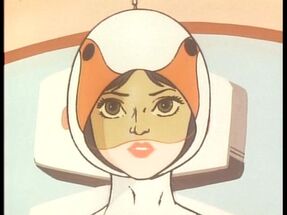 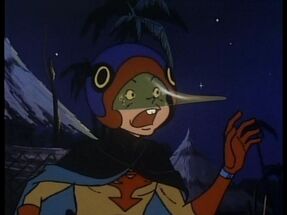 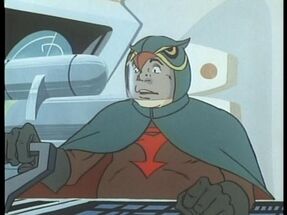 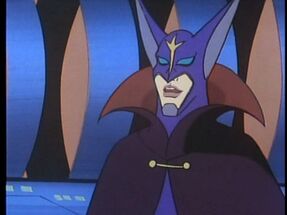 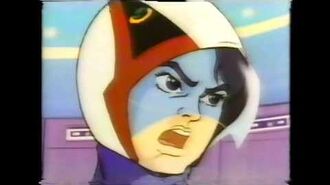 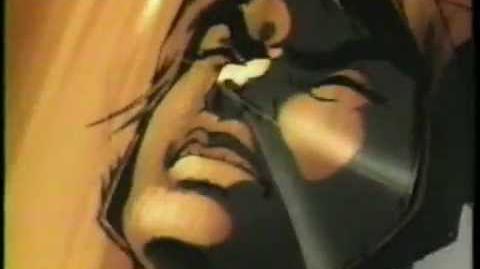 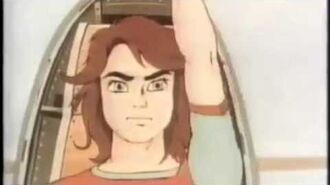 During its original run on TBS, only a handful of episodes of the series were aired before its cancelation. In the mid-90's, Cartoon Network, still in its infancy, was in dire need of fresh programming, which conveniently provided an opportunity for G-Force to make its (proper) U.S. debut, as Turner still had a stake in the show at the time. G-Force premiered on Cartoon Network on January 2, 1995 as a mainstay of the network's action programming, and was finally aired in its entirety via weekday and weekend rotation. G-Force was the first-ever anime series to air on Cartoon Network, followed by Robot Carnival, Vampire Hunter D and Twilight of the Cockroaches (all three on January 29, 1995 during the marathon titled, "Night of the Vampire Robots") and Speed Racer (February 1996), all airing before the debut of Toonami (March 1997) which popularized anime on the network. By 1996, Cartoon Network shunted the show to late nights and weekends only, and it lingered there for a while until they finally removed it from the schedule in 1997, marking the last time G-Force has aired in its entirety in the U.S to date. The show made a brief re-appearance in 2000 on Cartoon Network's late-night Toonami block the Midnight Run.