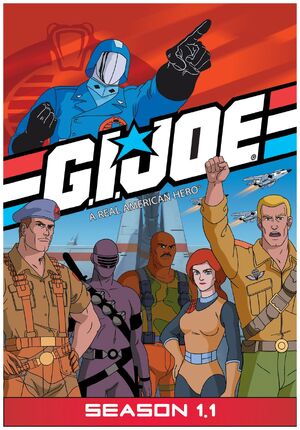 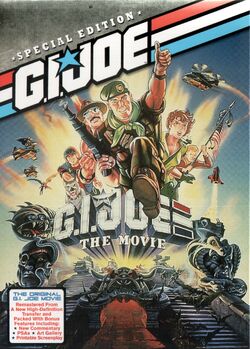 G.I. Joe: The Movie is a 1987 animated film spun off from the animated series G.I. Joe: A Real American Hero, based on the original Hasbro toyline. It was produced by Sunbow Productions and Marvel Productions and was animated in Japan by Toei Animation.

Created at the height of the G.I. Joe craze in the 1980s, G.I. Joe: The Movie was intended as a theatrical release to be closely followed by The Transformers: The Movie. However, the G.I. Joe film encountered unexpected production delays which allowed the Transformers feature to be released first. Due to the poor box office performances of the Transformers film and My Little Pony: The Movie, G.I. Joe: The Movie was instead released direct-to-video as well as aired on television in syndication, first in feature length format and later split into a five-part miniseries format as part of the show's syndication package.

Rhino Entertainment first released the film on DVD on June 20, 2000. Shout! Factory released a remastered special edition on DVD and Blu-ray on July 27, 2010, featuring audio commentary from story consultant (and series writer) Buzz Dixon, and a printable copy of the original screenplay.