April 14, 2003 - May 30, 2003[3]
Mobile Fighter G Gundam, shortened to G Gundam in the United States, is a Japanese anime series directed by Yasuhiro Imagawa. Created to commemorate the 15th anniversary of the franchise in 1994, it is the first series in the Gundam franchise to take place in an alternate continuity from the original Mobile Suit Gundam series.

Following the success of Gundam Wing on Cartoon Network's Toonami block, G Gundam was licensed by Bandai for an English dub release produced in cooperation with Ocean Studios (through their sister-studio Blue Water).[4] The 49 English dubbed episodes premiered on Toonami from August 5, 2002[1] to October 16, 2002, edited for content. After its initial run G Gundam aired continuously on Toonami, in reruns, until it was replaced in 2003.[3] G Gundam also saw time on Toonami's Midnight Run, as part of the final lineup before the cancelation of the block in 2003, and Super Saturday before its cancelation in 2003.

In the year Future Century 60, humans have fled the Earth for colonies in deep space. To settle conflicts between the colonies, a new form of sportsmanlike warfare has been created: The Gundam Fights. These fights take place on planet Earth, and Gundams from every nation participate to decide who will have dominion over space for 4-year terms. In the 13th Gundam Fight, Domon Kasshu pilots the Shining Gundam as the representative of Neo-Japan, the Japanese space colony. Along with his crew member Rain Mikamura, he battles the other countries' representatives to earn the right to rule Earth and the other colonies for Neo-Japan. However, Domon hides his true intention, to find his brother and the stolen Dark Gundam created by his family.

The series takes a wildly different turn from the rest of the Gundam franchise. It has a number of shounen elements: primarily characters gaining superhuman speed and strength through intense martial arts training and a focus on decisive personal duels as opposed to large scale military conflicts. Though most of its Gundams feature super robot elements, such as heroic designs and voice activated special attacks, other mecha still behave like real robots.

Domon Kasshu — Protagonist of the series and pilot of the Shining Gundam and (later) the Burning Gundam, Domon is the representative fighter of Neo-Japan. Before the 13th Gundam Fight, it is known that Domon had spent a total of 10 years training under Master Asia. Afterwards, Domon inherited the title "King of Hearts" along with the King Of Hearts crest on his right hand. During the 13th Gundam Fight, he is on a mission to find his brother Kyoji, who has stolen the Dark Gundam, and to free his father who was placed in cryogenic suspension due to his involvement with the Dark Gundam. This is why he agreed to represent Neo-Japan in the Thirteenth Gundam Fight. Strong and determined, Domon is willing to do whatever it takes to complete his mission and is sometimes uncaring because he sees nothing but the mission before him. Rain Mikamura is a big part of his life as she is both a childhood friend and his partner through the Gundam Fights. He is very psychologically dependent of her and the mere possibility of losing Rain makes him either go ballistic or feel lost.

Rain Mikamura — Domon's partner, as a child she secretly and gradually falls in love with Domon. She is his crew member for the Thirteenth Gundam Fight, and boasts many talents. She is a renowned engineer and tactician, a decent sharpshooter and a skilled medic. She manages to put up with a brash Domon throughout the series, enough so that they eventually accomplish their mission and fall in love. She also piloted the Shining Gundam on two occasions and later piloted the Rising Gundam during the Battle Royale.

Chibodee Crocket — Pilot of the Gundam Maxter and representative of Neo-America. His fighting style is boxing. After the loss of his mother, he grew up in the rough streets of New York City, fighting for his life until he finally made his dreams come true, by going to the Neo-America space colony and later representing it in the Gundam Fight. After Domon Kasshu defeats Chibodee in a Gundam Fight in Chibodee's hometown of New York City, a friendly rivalry develops between the two. Later on, Chibodee is possessed by DG Cells and fights Domon in Tokyo, but is stopped by the Shuffle Alliance. After being healed of the DG Cells, he becomes the Shuffle Alliance's new Queen of Spades. His crew consists of four women, Shirley, Janet, Bunny, and Cath, which is all the "protection" he needs.

Sai Saici — Pilot of the Dragon Gundam and representative of Neo-China. His fighting style is Shaolin style martial arts and is the youngest Gundam Fighter at 16 years old. When the colonies were formed, most of the Shaolin followers defected to the colonies' Chikurn temples. Sai Saici's mission is to win the Gundam fight and convince the Neo-China government to resurrect the Shaolin Temple. His grandfather participated in the Fourth Gundam fight, and his father was stricken with a terminal illness, so now it is Sai Saici's turn to try to revive the Shaolin temple. His crew are two elderly Shaolin Monks, Zuizen and Keiun who are also dedicated to the mission, although they can be overprotective of Sai Saici.

George De Sand — Pilot of the Gundam Rose and representative of Neo-France. George's fighting style is fencing. George considers himself a knight and fights for the pride of his nation. George grew up in a rich and noble family that is loyal to Neo-France and the De Sand family is one of the few families to remain on Earth. George's only fear is his involvement in the Marseilles Tragedy, where he was in a competition which would decide who Neo-France's representative would be. His crew is his butler Raymond Bishop and he is adored by Maria Louise, the tomboyish Princess of Neo-France.

Argo Gulskii — Pilot of the Bolt Gundam and representative of Neo-Russia. Argo uses grappling-style wrestling moves. At one time, he was a Space Pirate Captain; although he was a criminal, he valued life and never killed anyone. He was caught and was forced to become Neo-Russia's Gundam Fighter to ensure his crew's safety and had a bomb placed on his chest so he can't get out of line. He later becomes the new Black Joker of the Shuffle Alliance and is older than the other new members. One fighter who has a personal grudge against him is Neo-Canada's Andrew Graham who blames him for his wife's death, although it was only an accident. His crew is his warden, Nastasha Zabigov, who was assigned to watch him after Neo-Russia was forced to change their tactics. Nastasha does care for Argo though and at the end of the series, she deactivates his handcuffs and the bomb on his chest so Argo can fight without holding himself back. 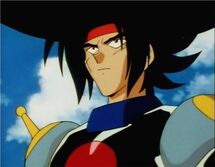 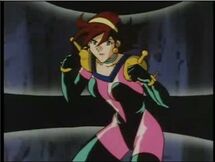 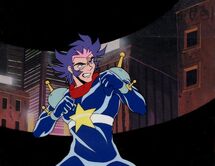 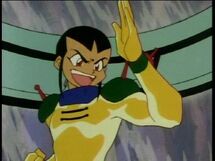 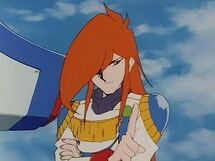 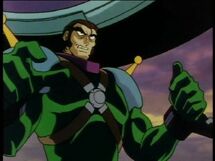 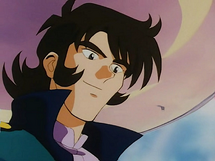 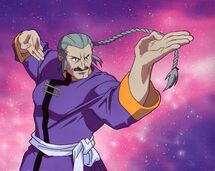 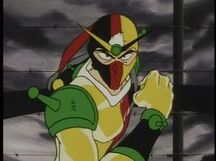 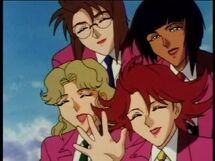 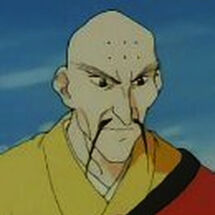 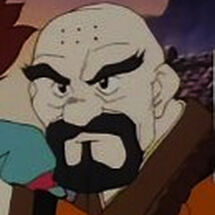 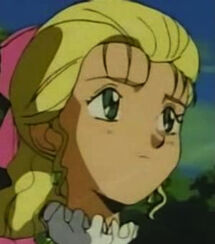 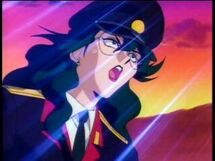 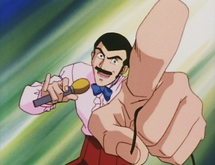 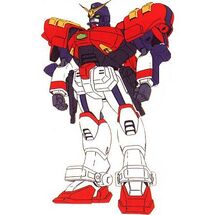 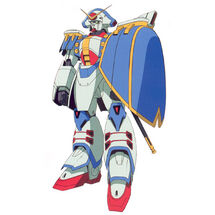 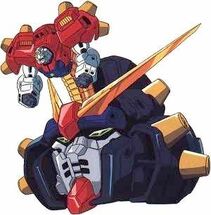 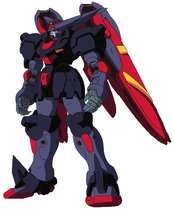 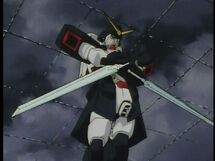 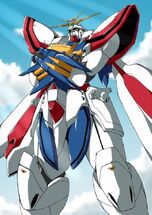 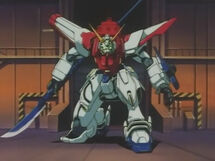 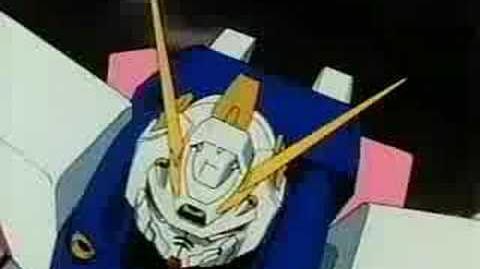 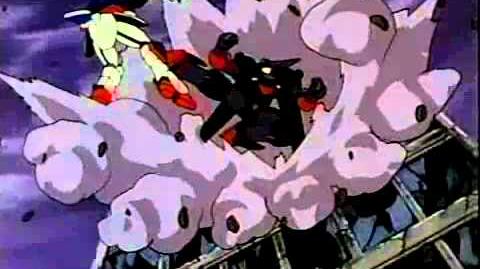 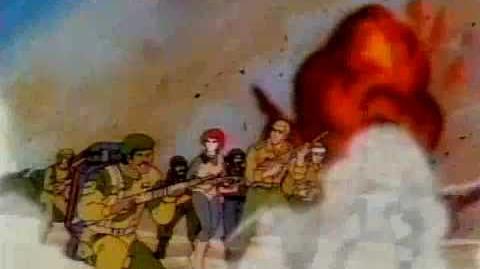 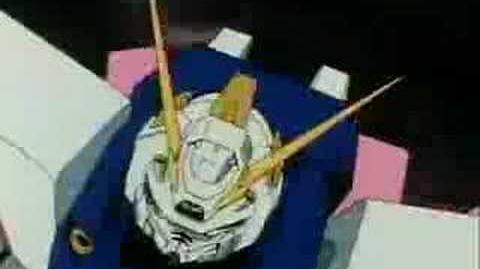 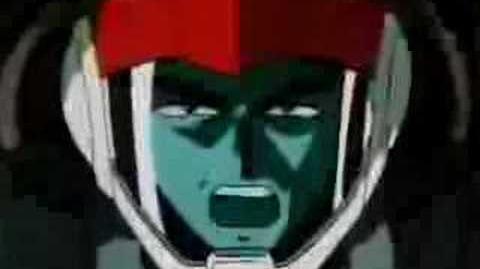 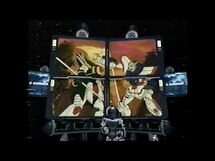 For the English dub, produced by Blue Water Studios, several edits were made by Cartoon Network/Williams Street to meet broadcast standards. Name changes for several Gundams were also made by Bandai, such as the God Gundam being renamed Burning Gundam, the Devil Gundam renamed Dark Gundam, and the Tequilla Gundam renamed Spike Gundam.[5]