April 1, 2012
Gigantor is an American adaptation of the Japanese anime, Tetsujin 28-go, which is based on a manga by Mitsuteru Yokoyama. Only 52 of the episodes from the original Japanese series were adapted for the American market. The series debuted on U.S. television in 1964 and became an immediate hit with juvenile audiences. As with Speed Racer, the characters' original names were altered and the original series' violence was toned down for American viewers.

The series follows a boy detective named Jimmy Sparks, who has complete access to a giant robot named Gigantor which was created by his late father. Using a remote control, Jimmy is able to control the robot and make Gigantor do incredible things that can help restore justice and fight off criminals around the world.

The series is set in the year 2000. The show follows the exploits of Little Jimmy Sparks, a 12-year-old boy who controls Gigantor, a huge flying robot, with a remote control. The robot is made of steel and has a rocket-powered backpack for flight, a pointy nose, eyes that never move, and incredible strength, but no intelligence (although he started to tap his head as if trying to think in one episode). Whoever has the remote control controls Gigantor.

Originally developed as a weapon by Jimmy's father, Gigantor was later reprogrammed to act as a guardian of peace. Jimmy Sparks lives with his uncle Dr. Bob Brilliant on a remote island. Jimmy usually wears shorts and a jacket, carries a firearm and occasionally drives a car. Together, Jimmy and Gigantor battle crime around the world, and clash with the many villains who are always trying to steal or undermine the giant robot.

Jimmy Sparks — The ten-year-old son of Dr. Sparks. He is Gigantor's assigned controller, with a deep emotional attachment to the robot. Jimmy is a boy detective famous throughout Tokyo. Jimmy can be seen frequently driving a car even though he is only 10.

Dr. Bob Brilliant — Dr. Spark's assistant, later Jimmy's mentor and guardian. He is caring and very dedicated to his work, but usually looks serious and deadpan. He is married, and has a son named Button.

Inspector Blooper — The Chief of the Tokyo Police. He is warm in personality and very enthusiastic, which isn't to say he doesn't take his job seriously. He is very close to Bob and also takes care of Jimmy.

Dr. Katzmeow — A reclusive mad scientist who created the robot Black Ox. He is calm and very knowledgeable, but unfortunately uses his talents to create dangerous robots. 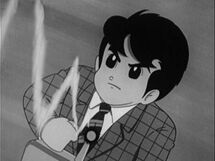 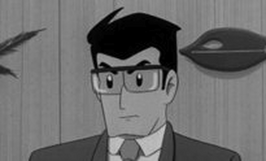 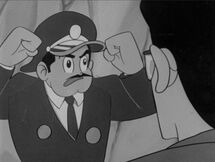 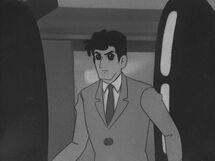 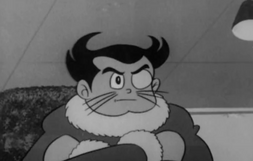 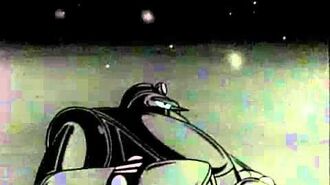 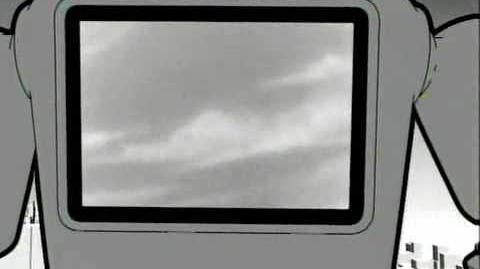 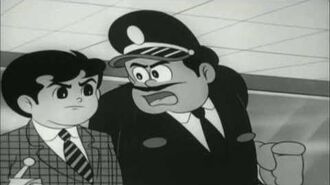 In 1963, Fred Ladd, while working on the animated feature Pinocchio in Outer Space and the animated TV series The Big World of Little Adam, saw artwork of Mitsuteru Yokoyama presenting a giant robot remote-controlled by a young boy. Ladd, who had produced the successful international, English-language adaptation of Astro Boy, and Al Singer, formed a corporation called Delphi Associates, Inc. in order to produce and distribute an English-language version of Tetsujin 28-go. They took only 52 episodes of the Japanese series for the American market, and renamed the series Gigantor. Peter Fernandez wrote much of the English script, and participated in the dubbing. As with Speed Racer, the characters' original names were altered and the original series' violence was toned down for American viewers.