50 (List of Episodes)
Mobile Suit Gundam SEED is a Japanese anime series developed by Sunrise and directed by Mitsuo Fukuda. The series was broadcast in Japan between 2002 and 2003, on the Tokyo Broadcasting System and Mainichi Broadcasting System networks. The series spawned three compilations films and was adapted into a manga as well as various light novels. A sequel series, Mobile Suit Gundam SEED Destiny followed in 2004.

As with other series from the Gundam franchise, Gundam SEED takes place in a parallel timeline, in this case the Cosmic Era, the first to do so. In this era, mankind has developed into two subspecies: Naturals, who reside on Earth and Coordinators, genetically-enhanced humans capable of withstanding the rigors of space who inhabit orbital colonies. The story revolves around a young Coordinator Kira Yamato who becomes involved in the war between the two races after a neutral space colony is invaded by the Coordinators.

The series was licensed by Bandai Entertainment for broadcast in North America, and began airing in the United States and Canada in 2004 and 2005 respectively. Gundam SEED premiered in the U.S. on Cartoon Network's Toonami block on April 17, 2004[1], but was taken off after 26 episodes in October of 2004 and moved to a later timeslot (1:00 AM) outside of Toonami where it completed its run.[2]

As with other series from the Gundam franchise, Gundam SEED takes place in a parallel timeline, in this case the Cosmic Era, the first series to do so. In this era, mankind has developed into two subspecies: Naturals, who reside on Earth and Coordinators, genetically-enhanced humans capable of withstanding the rigors of space who inhabit orbital colonies. The story revolves around a young Coordinator Kira Yamato who becomes involved in the war between the two races after a neutral space colony is invaded by the Coordinators.

Kira Yamato — The main protagonist of the series, Kira Yamato is a first-generation Coordinator, who lives on the neutral space colony Heliopolis to avoid war between the races of Coordinators and the Naturals. Kira is a pacifist, yet despite his dislike of war and conflict, he is more than willing to fight if it means protecting his friends and loved ones. Due to his kind and sensitive nature, he is said to be too soft for war. Born as a Coordinator, Kira is the only person able to pilot the Strike mobile suit created by the Naturals, and is forced to pilot it into numerous battles to protect his friends.

Athrun Zala — A member from the military organization ZAFT. Athrun is a quiet, reserved, and often a benevolent individual. Athrun is shown to have a firm belief that if soldiers follow their orders then eventually the war will end with success. While good at following orders, Athrun has trouble acting as a team leader due to his compassionate outlook in life. Participating in the war between Coordinators and Naturals, Athrun discovers that his childhood friend Kira Yamato became a member of the Naturals' military organization, the Earth Alliance, despite being a Coordinator. Across the series, Athrun encounters Kira various times, and after almost killing him, Athrun starts questioning his own motives to participate in the war.

Lacus Clyne — A good natured and popular female vocalist from the space colony PLANT. Born as a Coordinator, Lacus is introduced when she is found in space by the Archangel, a ship of Naturals and befriends the Coordinator Kira Yamato. Late in the war between the races of Coordinators and Naturals, Lacus becomes the co-leader of the Clyne Faction, joining with the battleship Archangel, to stop both sides from fighting. In her first few appearances, she originally appears to be naive and a bit of an airhead, but it is only due to her idealistic and pacifistic nature. Beneath the surface as a pop star and a PLANT idol, she is actually quite deep and philosophical.

Cagalli Yula Athha — One of the Naturals, fighting against the Coordinators in an ongoing war. Despite fighting on the battlefield various times alongside the Naturals' military organization the Earth Alliance, Cagalli is later revealed to be daughter of the leader from the neutral country of Orb. After helping her new allies to stop the war, Cagalli becomes the leader of Orb, a role mainly explored in the series' sequel, Mobile Suit Gundam SEED Destiny. Later in the series, Cagalli is revealed to be Kira Yamato's sister. Although raised as a princess in Orb and taught to be proper, sophisticated, and elegant; Cagalli is far from it, for she has been shown to be quite stubborn, rebellious, masculine, and often free spirited. Cagalli is also shown to dislike being called a princess and when someone calls her one she instantly tells them not to call her that again. Despite rebelling against both her father and her responsibilities as a princess, she is quite loyal to her country and more than willing to give up her life to save it.

Rau Le Creuset — The main antagonist of the series, Rau Le Creuset is an elite ZAFT commander, a skilled mobile suit pilot, and an adept tactician, whose abilities are greatly valued by the ZAFT leadership. He always appears in public with his unique mask covering his face. His birth name is Rau La Flaga, the direct clone of Mu La Flaga's father, Al Da Flaga. Rau possesses spacial awareness, a trait he apparently inherited from his "father" and shares with his "brother" Mu. However, Rau has short telomeres within his DNA that cause him rapid aging problems. This is done intentionally, so that Rau can catch up to Mu in age and replace him. Rau takes a drug that stabilizes his aging; if he goes too long without taking the medication, he suffers intense pain. Rau eventually decides that Naturals and Coordinators are both unfit to live, and plans the destruction of both. Le Creuset appears at first glance to be a calculating strategist, capable of predicting many of his opponents' moves. He also treats the members of his team with a reasonable amount of dignity and respect and can be charismatic to persuade people for his own ends, however below this calm exterior lies the persona of a nihilistic omnicidal maniac. When confronting his enemies directly Le Creuset's true colours are revealed, he believes that he's the only one with the right to judge both naturals and coordinators and has a deep hatred for both. He also becomes severely unstable and unpredictable without his medication. 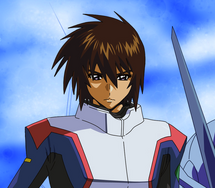 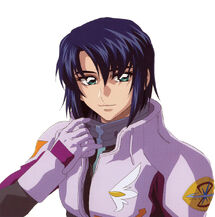 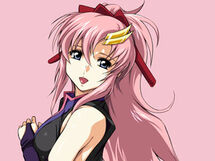 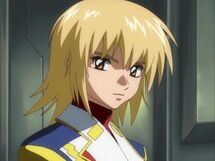 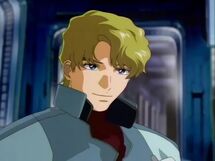 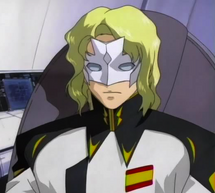 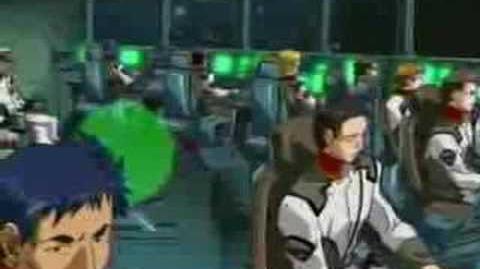 A sequel series titled Mobile Suit Gundam SEED Destiny, aired from October 9, 2004 to October 1, 2005. Both SEED and SEED Destiny have special editions which are condensed versions of the series that include additional footage. Mobile Suit Gundam SEED C.E. 73: Stargazer, which is directed by Susumu Nishizawa, is a three-episode original net animation (ONA). The first episode of the side story was first streamed on July 14, 2006, but it premiered a week earlier on July 7, 2006 at Tokyo Anime Center's Akiba 3D Theater.

The series is compiled onto thirteen DVDs in Japan and ten DVDs in English-speaking countries. A five minute epilogue was included on the final DVD of the Japanese and European release, but it was not included on the North American and Australian release. A two part box set called the "Anime Legends Edition" was released on January 8, 2008, and March 4, 2008, with each set containing five DVDs.