Endless Waltz originally aired in Japan as a three-part OVA (Original Video Animation) in 1997, and it was later released as a theatrical compilation movie titled Gundam Wing: Endless Waltz - Special Edition, including additional scenes and an altered musical score, in 1998.

Following the end of the Eve Wars in late AC 195, Earth and the space colonies are united in peace as the Earth Sphere Unified Nation. On Christmas Eve, AC 196, Sally locates a deposit of neo titanium alloy in space. Elsewhere, Quatre and Duo load four of the Gundams (Wing Zero, Heavyarms, Sandrock and Deathscythe Hell) onto a resource disposal ship that is to be sent into the sun to destroy the Gundams permanently. The only Gundam missing is Altron, which Wufei refused to bring. At MO-II, the President gives a speech about peace. Noin and Une don't really care for those sort of things now that they are Preventers, whose job it is to keep the peace. At the colony L3 X-18999, Relena attends a meeting about encouraging emigration to the new colony. She drinks poisoned tea and is captured by soldiers of the Mariemaia Army. Dekim and Mariemaia Barton watch as their plan begins to unfold. At the circus, Trowa beats up several mysterious men who belong to the Barton Foundation. He has a flashback of when he was "No Name" and was shown a picture of Mariemaia by the real Trowa Barton. Duo finds Heero, who says he's leaving because Relena has been kidnapped. Sally tells Noin that the neo titanium is used for the 13th constellation of mobile suit, and it comes from X-18999. She also says that Relena has been missing since visiting that colony.

Relena wakes up on a bed and meets young Mariemaia, who claims she is the daughter of the late Treize Khushrenada. She says that she will rule the world now and follow her father's footsteps. Dekim gives a speech to his soldiers about taking over Earth, and he points a gun at Trowa, who has disguised himself as a soldier of the Mariemaia Army. When Trowa tries to shoot Dekim, Wufei stops him. Duo and Heero head to X-18999, and Heero has a flashback about destroying an Alliance base and accidentally killing a young girl and her puppy (which resulted in Doctor J being ordered by Dekim to re-train Heero). Duo wakes him up as Mariemaia makes an announcement. She declares X-18999's independence from the Unified Nation and declares war. The President calls Lady Une, and she concludes this was planned before the Preventers were formed. Zechs shows up and asks to join the Preventers. Heero and Duo approach X-18999, and Sally and Noin offer backup fire. Duo avoids the Tauruses and crashes the shuttle into the colony. Quatre and the Maganac Corps leave in a transport ship to catch up with the Gundams and retrieve them. Heero and Duo steal two space Leos and separate. Duo is attacked by the new Serpent mobile suit model and realizes by the fighting style that the pilot is Trowa. Heero is attacked by the Altron Gundam, and Wufei asks him if he is doing the right thing.

Quatre and the Maganac Corps decide to take a different course to cut down time on their journey. Quatre has a flashback about Instructor H telling him to ignore Operation Meteor and follow his heart. Duo's stolen Leo is disabled by Trowa, and Duo wonders why he's been betrayed. Trowa fires a missile barrage, and Duo has a flashback about trying to destroy the Gundam Deathscythe before Operation Meteor. Professor G told him to steal it and ignore Operation Meteor. Trowa has a flashback of the real Trowa Barton being murdered for trying to expose Doktor S as a traitor. Trowa decides to take on the name and pilot the Gundam Heavyarms. The missiles impact and create a hole for Duo to escape in. Heero and Wufei continue to fight, and Heero escapes. Sally and Noin realize that the Tauruses and Leos protecting X-18999 are mobile dolls, and the real troops are elsewhere. At the satellite MO-III, Dekim watches as preparations are made to ship the Serpents to Earth. Relena and Mariemaia travel through X-18999 as Heero and Duo watch from nearby.

Quatre's ship catches up with the Gundam disposal ship, and he transfers over to it. He reverses course and activates the engines to slingshot around Venus and pick up speed to return to Earth. Zechs arrives at MO-III with the Tallgeese III and begins destroying the mobile suit carriers. He tells Dekim to surrender or he will destroy MO-III. Dekim says that if Zechs keeps attacking, he will drop X-18999 on Earth. Since he originally conceived Operation Meteor, he has no problem doing this. Zechs is forced to watch helplessly as the Serpent carriers travel to Earth. Relena is shocked when she hears of the plan to drop the colony. She discovers she was kidnapped so that she could endorse Mariemaia. Duo and Heero find Trowa trying to stabilize the colony, and they help him. Zechs then destroys MO-III with the Tallgeese's mega cannon, but Dekim escapes. After Quatre informs the others that he has rescued their Gundams, Heero requests that he send Wing Zero to him. To play along with Trowa's ruse, Duo is captured as Heero escapes. Dekim, Mariemaia and Relena all return to Earth and arrive at the Brussels presidential residence. Citizens around the world watch as Serpents land in many cities. Heero steals a shuttle and prepares to rendezvous with his Gundam.

Heero maneuvers his shuttle alongside the capsule containing Wing Zero and jumps out of the shuttle. He gets inside the Gundam's cockpit, breaks its capsule open, and heads straight for Earth to save Relena. On Earth, the Brussels presidential residence is lowered into an underground bunker. While Wufei sits in orbit of Earth, he thinks about how before Operation Meteor he clashed with Master Long over the decision to drop the Long clan colony on Earth. Heero approaches Earth's orbit, and Wufei attacks him. As they fight, Wufei tells Heero that Earth did not change after the Eve Wars. He says that to determine whether peace really did come, he will become evil itself. Duo breaks free from prison and finds Trowa sitting in a shuttle. Trowa says he is waiting for Sally, and she arrives after rescuing some hostages. In Brussels, Zechs and Noin fight off the Serpents with only a Taurus and the Tallgeese III. Their battle is more difficult because they are disabling the suits, not destroying them. Heero and Wufei continue to fight as their Gundams enter the Earth's atmosphere. Heero reminds Wufei that Treize is dead and his fight is over. Wufei says that he still fights Treize everyday, and that they both know they can only acknowledge their lives on the battlefield. Quatre, Trowa and Duo reclaim their Gundams and head for Earth. Relena tries to make an announcement to the people, but Dekim stops her.

As Zechs and Noin are outnumbered, Duo, Trowa and Quatre arrive to assist them. Heero and Wufei continue their fight, until Heero asks how many times he must kill that little girl and her dog. He then gives up and crashes his Gundam into the ocean. Wufei is affected by this and has a flashback of his colony being destroyed. As citizens protest in the streets, he joins them. The Serpents continue to outnumber the Gundams, and they give up. Suddenly, Wing Zero appears in the sky with its twin buster rifle aimed at the underground presidential building, and Heero begins firing at the bunker shields. Dekim and Mariemaia begin to panic as the shelter collapses. Lady Une appears out of nowhere and saves Relena and Mariemaia. Due to the damage it received from its previous battle, Wing Zero explodes on itself while firing a third shot (though Heero manages to survive its destruction). Lady Une is about to slap some sense into Mariemaia when Relena does it instead. Dekim is about to shoot Relena, but Mariemaia takes the bullet. Dekim is then killed by one of his own men. Heero enters the room and offers to end Mariemaia's pain. He shoots his gun, but it is unloaded. He says he no longer has to kill anyone and then collapses into Relena's arms. The next morning, Duo, Quatre and Trowa self-detonate their Gundams together. In China, Wufei self-detonates his Gundam as well. Sally asks him to become a Preventer, and Wufei accepts. Zechs and Noin leave the Preventers to help terraform Mars. Lady Une takes Mariemaia to visit Treize's grave. Duo returns to a colony with Hilde, and Trowa rejoins the circus. Quatre reunites with the Maganac Corps, while Heero watches Relena from a distance as she gives another public speech. As AC 197 begins, the world is peaceful once again and all mobile suits (including the Gundams) are never seen again.

One of the most notable aspects of Endless Waltz is the massive redesigns all five Gundams received. The Gundams are still the same ones that are used by the five pilots at the end of the Gundam Wing series, but different in appearance from the original TV designs. The Gundams now have more stylized and somewhat ostentatious designs, reflected in Altron's more dragon-like appearance, Deathscythe Hell's even more demonic appearance and, perhaps most famously, Wing Zero's new "angel-winged" appearance (as seen in the above image). Despite the dramatically different designs of the Gundams, the story of Endless Waltz retcons them as if they have always appeared this way (via flashbacks).

When Endless Waltz was released to movie theaters in Japan as a lead-in to the Gundam franchise's 20th anniversary, several new scenes were included. This gave approximately ten minutes of new footage to the story. Most of this footage comes in the form of an extended battle scene between the Gundams, but there are a few noteworthy changes that were made between the two versions: 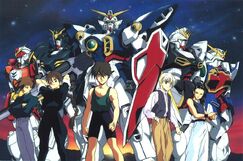 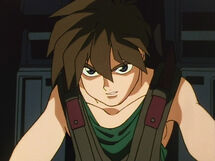 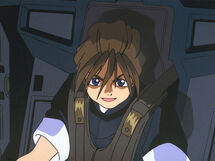 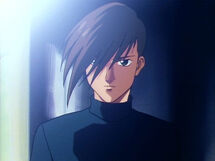 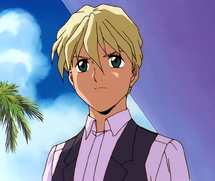 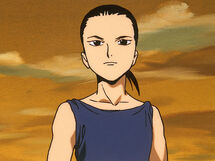 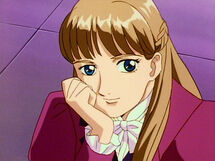 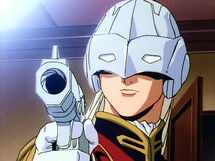 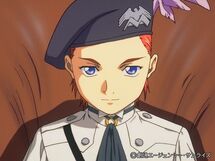 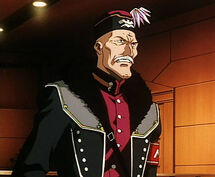 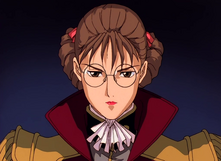 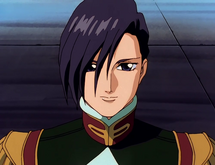 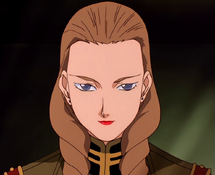 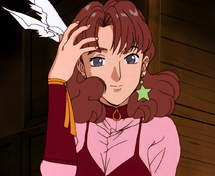 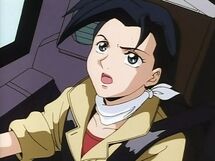 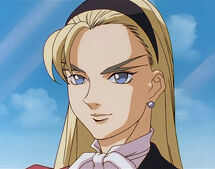 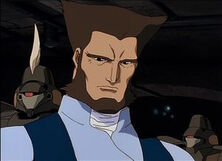 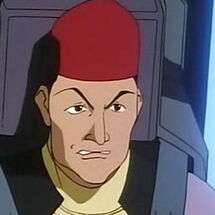 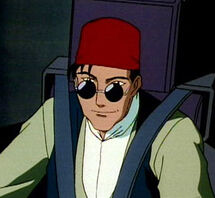 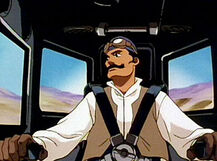 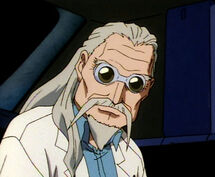 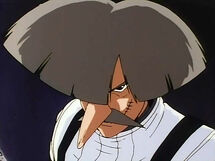 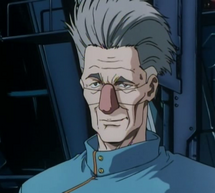 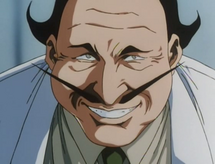 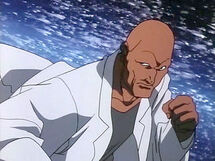 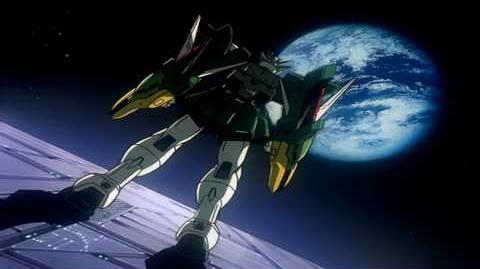 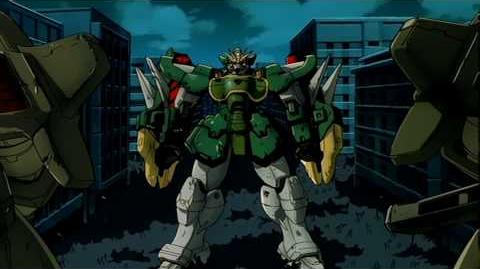 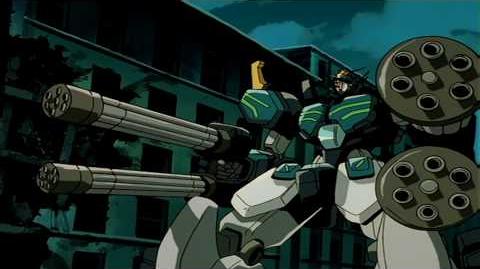 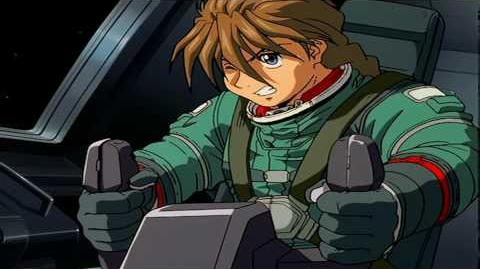