296 (List of Episodes)
Hamtaro is a Japanese anime series based on the Japanese children's manga and storybook series created and illustrated by Ritsuko Kawai. The series was produced by TMS Entertainment and aired on TV Tokyo from July 7, 2000 to March 31, 2006.

The English dub of the series is licensed by VIZ in North America who hired the Ocean Group to produce an English dub. Hamtaro premiered on Cartoon Network's Toonami block on June 3, 2002 and ended its run on October 4, 2002.

In Japan, Hamtaro ran for twelve seasons, released four movies, several specials, many video game/DVD releases and merchandise. The success was not paralleled in the United States, however, with only two seasons, some special episodes, three video games (though two others were released in Europe), and limited merchandise.

In Japan, there was a second Hamtaro series titled Tottoko Hamutaro Haai! that aired from 2006 to 2008. The series was animated with CGI and the design of the characters differed from the original, causing fans to complain that the characters' heads were too big for their bodies. This series has never aired in the United States.

The series focuses on a hamster named Hamtaro ("Hamutaro") who has a variety of adventures with other hamsters, known as "Ham-Hams" ("Hamuchanzus" in the Japanese version). Hamtaro is owned by a 10-year-old girl named Laura Haruna (Hiroko Haruna or "Roko-chan" in the Japanese version). Curious by nature, he ventures out each day to make friends and go on adventures with the Ham-Hams.

Hamtaro — Owned by Laura, Hamtaro is a courageous Ham-Ham who's always ready to help out his friends and his owner Laura. However, he cannot stand being ignored by Laura. He is clueless about many things being that he is of an innocent nature, especially love (much to Bijou's dismay). Hamtaro makes the most of his life as a Syrian hamster (8.6cm) and lives each day in happiness hoping to make more friends and have fun.

Bijou — Owned by Maria. She is a somewhat unworldly hamster who loves her blue ribbons, but she is not above getting dirty when she needs to help her friends, and has been known to be generous and helpful. She used to live in France before moving to Japan, but she feels attached to Japan and has even refused to go back to France. The English version of Bijou has a French accent. The name "Bijou," is French for "small, exquisitely wrought trinket", or it can also mean "jewel". She has a huge crush on Hamtaro, and her feelings for him are eventually reciprocated. But she can't express her love to Hamtaro.

Oxnard — Owned by Kana. Oxnard is Hamtaro's best friend in the series and the first Ham-Ham he meets. Oxnard is a bit clumsy at times and has a love for delicious food, especially sunflower seeds (of which he always carries one around). He breaks down in tears when he loses the sunflower seed he carries around. He was originally an easily frightened Ham-Ham, but over the series he became braver and more dependable. Oxnard has a crush on his close childhood friend Pepper.

Boss — A wild field hamster who wears a helmet and carries a shovel. The self-proclaimed leader of the Ham-Hams, Boss has a huge crush on Bijou. He often tries to look like he knows everything, only to have it backfire in his face. He has a bit of a temper, but he is very dependable, courageous, and nice, even shy at times. Because he is a field hamster, he is more familiar with nature and is more independent compared to the other Ham-Hams. He has even developed a field hamster sense that instinctively tells him what kind of weather is approaching. However, he cannot deal with the sea as he is prone to sea sickness.

Pashmina — Owned by June. Considered to be a very maternal Ham-Ham, as she takes care of Penelope. She loves the color pink and always wears her pink scarf. Dexter and Howdy often fight for her affection, but she does not seem to notice (sometimes acting like a mediator for them). She feels that she is too young for a relationship anyway.

Penelope — Owned by Kylie. Considered the youngest of all the Ham-Hams, Penelope is usually never seen without the cover of her yellow blanket (though a few seconds in the opening theme show her blanket coming off, revealing her brown fur). Although she is friendly to everyone, she feels particularly attached to Pashmina. Being innocent and naive, due to her age, she gets into trouble more often than most of the other Ham-Hams. In season two, she has shown some cross-species affection for Herbert the Pig, a boy by the name of Ethan (Kylie's younger cousin), and a rabbit at Ethan's school. Unlike the other Ham-Hams, and perhaps because of her young age, Penelope can't say anything more than "Ookwee!" or "Ookyoo!"

Maxwell — Owned by the eldest son of a bookstore owner (though it seems that the bookstore owner's daughter is the one who cares for him). He always carries a book with him, and is often turned to for information. He seems to know a lot about science and literature due to his love of reading. He is a little taller than the other Ham-Hams, partially due to his tall ears. He has a crush on Sandy, though it is never initiated until Hamtaro tells him about Sandy's feelings.

Sandy — Owned by Hillary. A sporty young girl Ham who carries a ribbon. Her interest in rhythmic gymnastics have been influenced by Hillary, who is a gold medal gymnast. She has a crush on Maxwell. In the English version, she has a valley girl accent.

Stan — Owned by Noel. Sandy's twin brother, who is often caught flirting with the other girls. As a result, he is often an annoyance to the other guys, especially Boss, Howdy, and Dexter. Initially, Sandy and Stan were separated, after Noel (who had a crush on Hillary) offered to take care of one of her hamsters. He is often seen shaking his maracas or riding his skateboard. Stan seems to have a crush on Flora (the nurse ham); unlike other ham-girls, Stan does not flirt with her.

Howdy — Owned by Goldie. A Ham-Ham notorious for telling bad jokes, especially at the worst possible time. He speaks with a kansai dialect in the Japanese version and with an American Southern accent in the English version. He and Dexter are long-time friends but often fight with each other over the affections of Pashmina, whom they both have a crush on.

Snoozer — A mysterious hamster that Boss found in his hideaway (which would soon become the Clubhouse). It is unknown where he came from. He is always sleeping, but often utters some helpful advice when the Ham-Hams are in need of it. In the English version, he talks with a lisp.

Dexter — Owned by Curtis. A refined hamster, who is incredibly smart. He loves Pashmina, but often battles with his long-time friend, Howdy, for her affection. His Japanese name is a pun: Megane means "glasses" in reference to the tan markings of fur around his eyes that makes him look like he's wearing glasses. Coincidentally, his owner is an optometrist.

Cappy — Owned by Kip and Sue. One of the younger Ham-Hams, Cappy loves hats. The two hats he most commonly wears are his green swimming cap, and the giant red saucepan that he usually hides under. While he loves his home, he does not like being spoiled, and looks up to Boss due to Boss's independence as a field hamster. He has developed some sort of a rivalry with Stucky, especially when it comes to hide and seek.

Panda — Owned by Mimi. A Ham-Ham whose fur matches his name, he is the sweet and gentle-natured builder/carpenter of the Ham-Hams who built and repaired many things throughout the duration of the anime. He also designed the Ham-Ham Fun Park. Mimi's parents own and operate a wood working shop in their house, meaning Panda always has access to construction supplies.

Jingle — A field hamster. Appears occasionally throughout the series (usually when someone loses something). He speaks in rhymes, which often confuse the other Ham-Hams, but they soon figure out what he means. He is clueless about many things, but tends to give wise advice. Always seen carrying his guitar. In "Hamtaro, Please Come Home" and all other appearances afterwards, he is seen with Herbert the Pig. He has a habit of forgetting names. Whenever he appears, he usually mispronounces someone's name (Hamtaro most of the time). Whenever he is corrected, he usually replies "You changed your name again?" 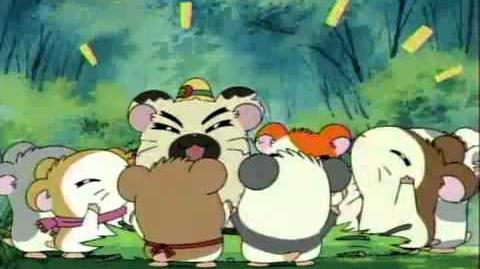 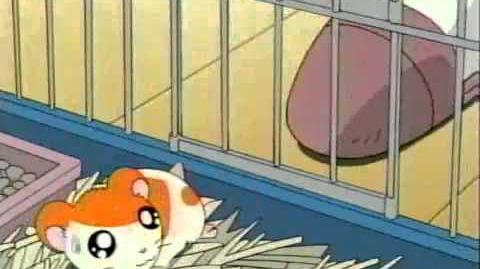 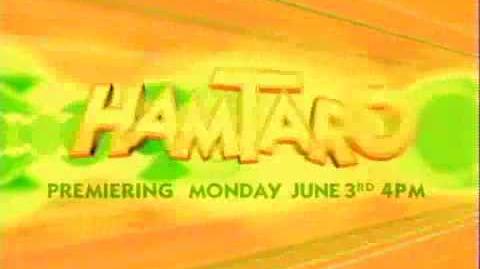 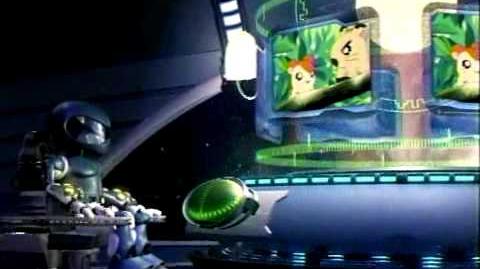 In the United States, only the first 2 seasons (52 episodes) aired on Cartoon Network.