06 (List of Episodes)
Harlock Saga: The Ring of the Nibelung or simply, Harlock Saga, is a six-part anime mini-series (three hours in total length) by Leiji Matsumoto. An adaptation of "Das Rheingold", it tells the story of space pirate Captain Harlock and his crew as they try to stop a man who has stolen gold from the center of the galaxy and forged it into a powerful ring. The series is based on Matsumoto's 8 volume manga series, of the same title, specifically The first two volumes, Harlock Saga: The Rheingold. The series was first released in Japan in bi-monthly installments from January 25, 1999 to November 25, 1999.

Harlock Saga was a Toonami Reactor exclusive and never appeared on the actual Toonami block. The english dubbed version of the series premiered on Toonami Reactor 2.0 beginning on November 14, 2001.[1]

Legend tells of the Rheingold, an all-powerful metal used by the gods of Valhalla during the forging of the universe. Legend says that he who wields the Rheingold wields ultimate power over all things, even over the gods themselves. The Nibelheim, former servants of Valhalla who were cast down aeons ago for daring to defy the gods, are once again fomenting a rebellion. Their leader Alberich is on a ruthless quest for the Rheingold and will let nothing stand in the way of his desire to utterly crush Wotan and the gods of Valhalla. Fearing the implications of his actions, his sister Meeme, currently in the service of the space pirate Captain Harlock, warns her friend about Alberich's plans. Together with his crew Captain Harlock sets out to thwart Alberich's designs and save the universe ... not for the gods, but for all the living beings it contains.

Captain Harlock — Harlock is the archetypical romantic hero, a space pirate with an individualist philosophy of life. He is as noble as he is taciturn and rebellious, stoically fighting against totalitarian regimes, whether they be earthborn or alien. In his own words, he "fights for no one's sake... only for something deep in his heart".

Meeme — A female alien organ player serving on board the Arcadia as navigator and Harlock's adviser and source of morale. Her body design resembles a slender humanoid female with golden hair. At the start of the series she has been away from the crew for sometime after suddenly disappearing. When she returns to the crew she tells Harlock they must stop her brother Alberich from destroying the universe. Throughout the series she reveals more about her past and her connection to the gods of Valhalla.

Yattaran — Harlock's first mate on the Arcadia, he is usually portrayed as comic relief in the series, but when a battle against alien threats become imminent he will be at the captain's side.

Tadashi Daiba — A 14-year-old son of a scientist who has recently died, he joined the Arcadia crew following his forging the ring from the Rhein gold after being outsmarted by Alberich.

Emeraldas — A friend of Tochiro, Meeme and Harlock who formerly fought side by side with Harlock and Tochiro. In the first episode she helps Tochiro locate and bring Meeme back to the Arcadia before returning to her own ship.

Maetel — Maetel appears briefly in the second episode to try to warn Daiba about Alberich and asks him to refuse to forge the ring.

Alberich — The brother of Meeme and the main antagonist of the series. He is a space bandit that seeks to forge a ring from the Rhein gold that will give him enough power to dethrone the gods and take over as king of Valhalla. His family was formerly under the subjugation of the gods and seeks revenge even if it means the destruction of the universe.

Lord Wotan — The ruler of the gods that inhabit the planet of Valhalla at the center of the universe. At the beginning of the series he has been in a deep slumber for millennia. He is awoken when Alberich steals the Rhein gold and disrupts the time flow of Valhalla, causing the gods to lose their immortality. He sees every other being in the universe as lesser than the gods but still fears the power of the ring.

Freya - Freya is a god that looks exactly like Meeme. She and Meeme grew up together on Valhalla and were trained to play the time organs as the two "performers of time" that preserve the gods' immortality through playing their instruments on two separate planets: Meeme on Rhein and Freya on Valhalla. 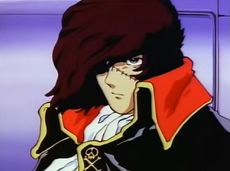 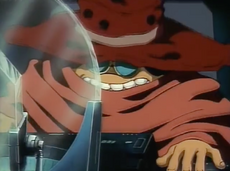 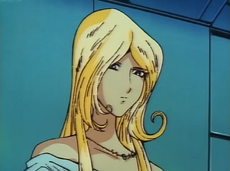 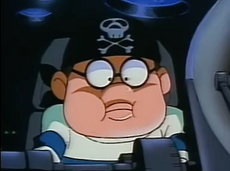 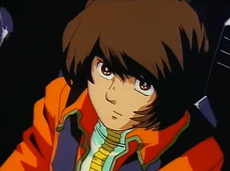 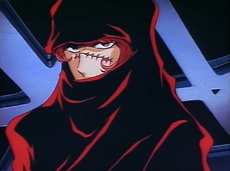 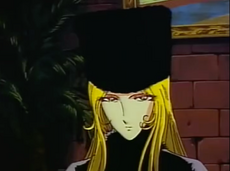 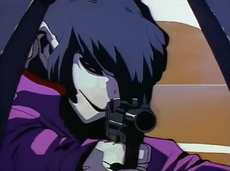 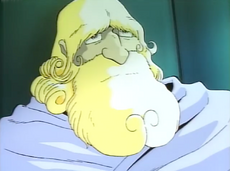 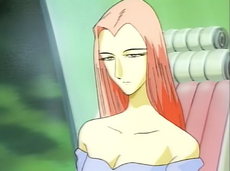 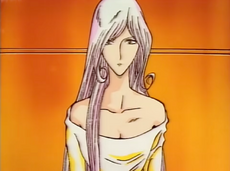 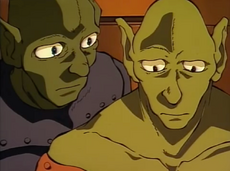 Harlock Saga was never aired on any of the Toonami blocks in the United States. However, the series did appear on the Toonami streaming site, Toonami Reactor, beginning on November 14, 2001.[1]