75
Hikaru no Go is a manga series, a coming of age story based on the board game Go written by Yumi Hotta and illustrated by Takeshi Obata with an anime adaptation. The production of the series' Go games was supervised by Go professional Yukari Umezawa (5-dan). The manga is largely responsible for popularizing Go amongst the youth of Japan since its debut, and in other areas such as China, South Korea, and Taiwan. More recently it has gained much popularity in the United States. The title is sometimes abbreviated as "HnG".

The anime series, which was created by Studio Pierrot, ran for 75 half hour episodes from 2001 to 2003 on TV Tokyo, along with the 77-minute extra New Year's Special that aired in January 2004. In 2005 it was announced that VIZ Media acquired the license to the anime with the English dub produced by The Ocean Group.[1] It premiered on the online streaming service Toonami Jetstream on July 14, 2006; however, only the first 72 episodes were made available.[2][3]

DVDs were released in the United States by Viz, although only 10 volumes were released (covering 50 episodes) before they were canceled due to low sales. The remaining 3 English dubbed episodes not released to either DVD or streamed on Jetstream were finally released when the series was put up for download on iTunes in February 2011.

The same basic storyline is followed by the manga and anime, with a few small changes between the versions. While exploring his grandfather's shed, Hikaru stumbles across a Go board haunted by the spirit of Fujiwara-no-Sai, a fictional Go player from the Heian era. Sai wishes to play Go again, having not been able to since the late Edo period, when his ghost appeared to Honinbō Shūsaku, an actual top Go player of that period. Sai's greatest desire is to attain the "Divine Move" – a perfect game. Because Hikaru is apparently the only person who can perceive him, Sai inhabits a part of Hikaru's mind as a separate personality, coexisting, although not always comfortably, with the child.

Urged by Sai, Hikaru begins playing Go despite an initial lack of interest in the game. He begins by simply executing the moves Sai dictates to him, but Sai tells him to try to understand each move. In a Go salon, Hikaru defeats Akira Toya twice, a boy his age who plays Go at professional level, by following Sai's instruction. Akira subsequently begins a quest to discover the source of Hikaru's strength, an obsession which will come to dominate his life.

Hikaru becomes intrigued by the great dedication of Akira and Sai to the game and decides to start playing solely on his own. He is a complete novice at first, but has some unique abilities to his advantage; for instance, once he has a basic understanding of Go, he can reconstruct a game play by play from memory. Through training at Go clubs, study groups, and practice games with Sai, he manages to become an insei and later a pro, meeting various dedicated Go players of different ages and styles along the way. While Hikaru is at this point not yet up to the level of Akira, he demonstrates a natural talent for the game and remains determined to prove his own abilities to Akira, Sai, and himself.

Hikaru Shindo — Hikaru Shindo is the protagonist of the series. At the beginning of the series, Hikaru is a sixth grader in elementary school. An important factor in the development of Hikaru's passion for Go is an encounter early on in which Hikaru becomes the rival of Go prodigy Akira Toya. At first, he thinks that Go is just for old folks and he is annoyed at Sai's demand to play, but little by little his passion for Go increases as he plays more and more. From being a member of a school Go club to becoming an insei and finally a professional Go player (at 14 years old) a year after Akira, Hikaru matures throughout the course of the series. Throughout the series, Hikaru gets older in age as both the manga volumes and animated series follow him from 6th grade to high school. Hikaru is often portrayed wearing clothing having the numeral "5". This is a pun on the Japanese word for five, which is pronounced go. Part of his strength is his ability to read far into the game very fast, and to make seemingly stupid moves, which, in fact, lure the opponent to playing what looks like the obviously correct move, which Hikaru then uses against them.

Fujiwara-no-Sai — Sai, a spirit from the Heian era of Japan and mentor of Hikaru Shindo. Once the Go instructor to the Emperor, Sai continually plays Go, his goal being to one day play the divine move (also known as the Hand of God or Kami No Itte). In the manga and anime, Sai's ghost had possessed the real-life figure Honinbo Shusaku who became a renowned Go player. Sai holds a rivalry towards Koyo Toya (a.k.a. Toya Meijin) and through Hikaru persuades Koyo Toya to have a game with him. His wish is realized when Koyo Toya accepts the challenge and plays a game through the Internet. After the legendary match that ends with Sai's triumph, Hikaru discovers another move which would have turned the game around. Witnessing Hikaru's maturity, Sai comes to feel that his one-thousand-year time in the world is going to end without his fulfilling his wish of obtaining the divine move; but he reasons that perhaps he was fated to awaken and teach Hikaru, who might obtain it in the future. Extremely effeminate by today's standards, Sai is often drawn with traditionally feminine features and mannerisms. Sai's extremely emotional behavior is also proper for a Heian male; he sometimes cries copiously in chibi style (usually in an episode introduction), soaking his long sleeves with tears, which in his own time would be respected as a sign of intelligence and sensitivity. His name Fujiwara suggests that he is related to a noble family of extremely high prestige in the Heian period, the Fujiwara clan. Sai has a high sense of honour, abhorring cheating and bullying.

Akira Toya — Akira is Hikaru's biggest rival and a Kaio Middle School student. The son of Koyo Toya, Akira is already a very strong go player when Hikaru first begins playing. Akira is amazed by Hikaru's seemingly impossible ability and becomes obsessed with discovering the secret behind Hikaru's strength. Meanwhile, Hikaru is impressed with how serious and focused Akira is for being only a 6th grader like him when they first meet. As the series goes along, the plot brings these two characters together to play each other under many circumstances, each time adding to the mystery. Like Hikaru, Akira also gets taller throughout the series.

Koyo Toya — Koyo Toya is Akira Toya's father. His title in the go world is Toya Meijin; Meijin is one of the titles he earned. He has a rivalry with Sai and like Sai he also pursues the divine move. Following his defeat by Sai he retires from the Japanese Go circuit and plays in China. He has an interest in Hikaru and requested to play him in the Beginner Dan series after Hikaru becomes a pro. He is usually pictured in traditional Japanese dress. 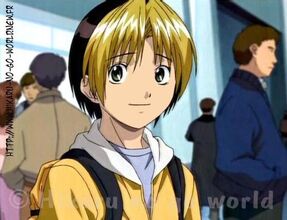 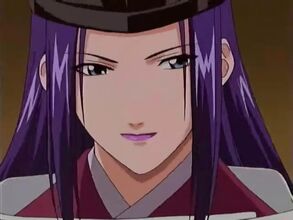 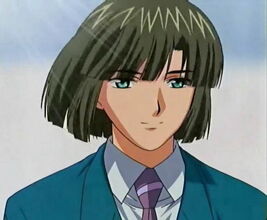 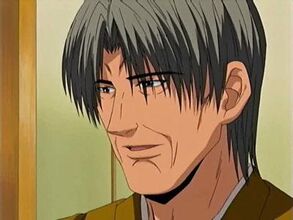 Hikaru no Go was never aired on any of the Toonami blocks in the United States. However, 72 of the 75 episodes of the series did appear on the Toonami streaming site, Toonami Jetstream, beginning on July 14, 2006.[2][3]