Turner Entertainment supported the show through a massive marketing campaign with thirty-three licensees. Real Adventures debuted with an unprecedented wide release on Cartoon Network, TBS, and TNT, airing twenty-one times per week. Critics have debated the merits of the show's animation, writing, and spirit compared to classic Quest, but it has also received praise in those categories. Real Adventures failed to gain high ratings with its targeted demographics and its merchandise performed poorly, leading to cancellation after two seasons consisting of fifty-two episodes.

Writer, Peter Lawrence set the story a few years after the classic series, making Jonny and his friends teenagers. Lawrence aimed to use "existing, real phenomenon"- such as the "Airstrips of Nazca, the Ruins of Teotihuacan or the possible existence of Giant Squid"— to capture audience's curiosity. Stressing plausibility, he suggested writers cover real-world enigmas, cryptozoology, unique locales, an alien posing as the vice president, and fictional but "believable" mysteries.

The Quests would frequently visit the virtual environment of QuestWorld, and encounter the villainous Jeremiah Surd and Ezekiel Rage. Paralyzed years prior by Race Bannon's SWAT team, Jeremiah Surd would try to exact revenge through technology. Ezekiel Rage, a former government agent left for dead on a botched mission, would try to destroy the world with nuclear terrorism. The Quests would sparingly fight "monsters of the week", instead battling antagonists whose conflicts lay in "personal objective or ambition ... opposed by Dr. Quest".

Lawrence stationed the family at a new compound on the coast of Maine, replete with houses, barns, and workshops. Rooms suited for each character included a library for Dr. Quest, workshop for Jonny, computer-equipped den for Jessie, dojo and gym for Race, and lighthouse lookout for Hadji's meditation. Lawrence equipped Dr. Quest with a fleet of air, land, and sea vehicles, including a 1940s biplane and state-of-the-art catamaran named Questor with diving bells and smaller research vessels stored in the hulls.

Jonny Quest — Age 14, is the son of Dr. Benton Quest, and a good friend of Race Bannon, Hadji Singh, and Jessie Bannon. He is an adventurous, impulsive youth, who accompanies his father on his phenomenology experiments with relentless curiosity and positivity. He keeps a pet bulldog named Bandit. He often tackles tough situations with straight-on action, contrasted to Jessie's careful intelligence and Hadji's fatalistic approach. Rarely if ever obeying his father's wishes to stay put, he explores with charming alacrity, and identifies with Race Bannon's man-of-action lifestyle. He is more of an intuitive thinker than an intellectual, Jonny inherited his father's driving curiosity (rendering him a "walking query"), as well as his mother's "restless, adventurous spirit".

Hadji Singh — Age 16, became Dr. Quest's personal assistant, lacking his mentor's formal education but sharing his burning interest in archaeology, anthropology and the paranormal. A Hindu and a yogi, he held a fatalistic attitude towards the show's drama, reacting to situations "from the philosophical point of view that everything is as it's supposed to be". Hadji often used wise aphorisms, taken from diverse cultures and sources, sometimes baffling Jonny. Lawrence cut Hadji's classic telekinesis to align his abilities with realistic yogi practices. "He doesn't say things like "Sim, Sim Sala Bim" anymore," He can do more plausible stuff. There is an episode where Hadji pretends to stop his breathing so that the bad guys think he is dead."

Dr. Benton Quest — Age 55, retired from government research and operated from the "Quest Compound" on the coast of Maine. Driven by curiosity, he was "consulted by individuals, governments and corporations" to investigate enigmatic events. Described as "single-minded—almost to the point of obsession—in his pursuit of knowledge", he often encountered trouble as "his drive to learn blanks out more basic instincts like self-preservation." Jessie appreciated his ponderous sense of humor. He married Rachel Wildey, whom bore Benton a son, Johnathan, but was killed by an adversarial, undisclosed event some years later.

Race Bannon — Age 38, Race (real name Roger) is the bodyguard, former Navy Seal and close friend of the Quest family, having worked with Dr. Benton Quest for several years as a government-assigned bodyguard, and now by choice. Race came from a western American setting, acquiring several colorful similes and turns of phrase growing up. He worked for government agencies in various roles, eventually retiring to work solely with Dr. Quest partly over ethical differences with his agencies' policies. He's in perfect physical condition and a robust man of action who inspires admiration in Jonny Quest. He is the father of Jessie Bannon.

Jessie Bannon — Age 15, Jessie is Race Bannon's daughter by Estella Velasquez, and a good friend of Hadji Singh, Jonny Quest, and Dr. Benton Quest. She accompanies the Quest family on many of their adventures, providing another voice of intelligence in addition to Hadji's eastern approach and Jonny's impulsive resourcefulness. She identifies with Dr. Quest more than her father, and is eager to analyze new information and help in the course of Dr. Quest's phenomenology investigations. She's revealed in Thoughtscape to be very ambitious at heart, hoping to improve humanity through her dedicated effort and research. Her father often calls her by the nickname "panchita".

Dr. Jeremiah Surd — One of the main antagonists in The Real Adventures of Jonny Quest, his main goal is to take revenge against Race Bannon for the incident that left him disabled. He also wants to completely take over Questworld and use it for criminal purposes.Surd is ruthless, cruel and extremely dangerous with a burning hatred for Race Bannon and the Quests. Although paralysed in the real world, he is a great danger in the virtual world of Questworld using it for his own evil purposes. 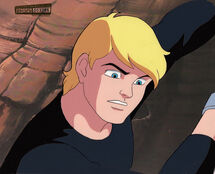 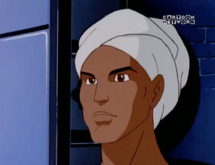 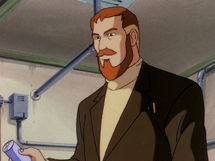 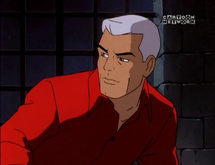 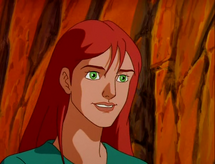 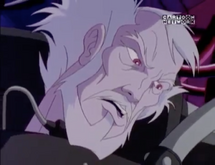 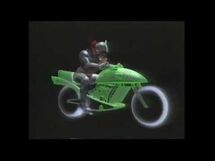 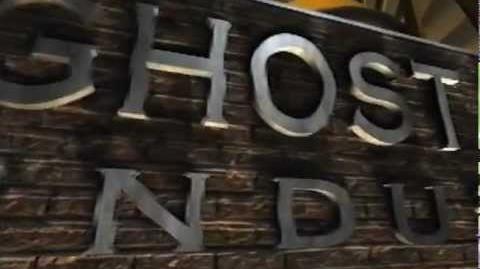 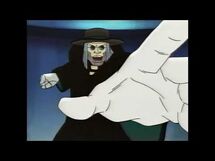 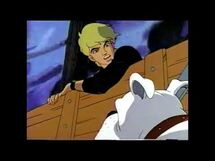 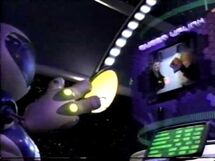 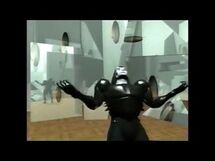 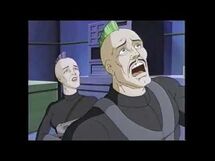 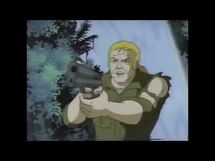 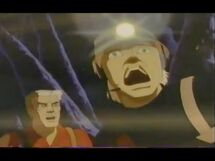 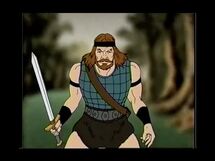 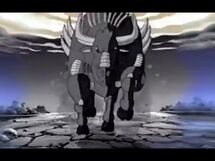 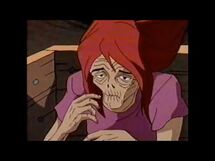 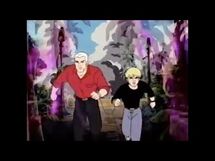 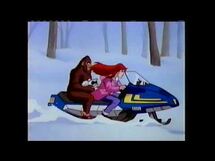 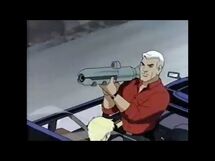 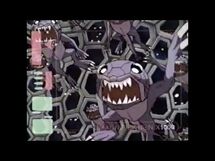 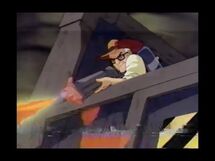 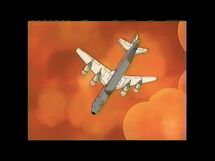 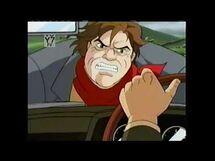 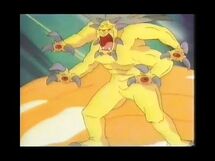 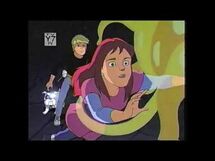 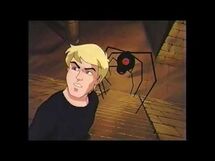 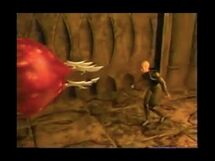 Warner Home Video released episodes "Escape to Questworld" and "Trouble on the Colorado" on MiniDVD in April 2004. Warner released the first thirteen episodes of the series on DVD on February 17, 2009 as Season 1, Volume 1. On March 27, 2012, Warner Archive released The Real Adventures of Jonny Quest: Season 1, Volume 2 on DVD as part of their Hanna–Barbera Classics Collection. This is a Manufacture-on-Demand (MOD) release, available exclusively through Warner's online store and Amazon.com.

Real Adventures was broadcast in the United States on three seperate Turner Broadcasting owned networks (Cartoon Network, TNT and TBS) beginning on August 26, 1996. After its cancellation, Cartoon Network continued to air reruns of the series until 2003. In addition to the series' U.S. broadcast, it was also aired in over 40 other countries around the world.

From March 9-13, 1998, Real Adventures was replaced in the Toonami lineup by Beast Wars: Transformers for one week only. For a month in the Summer (July 27 - August 28, 1998) a second episode of Real Adventures took over the 5:00 PM time slot from Voltron and the series aired for a full hour during a special event titled Re-Quest Weekdays. After the completion of Re-Quest Weekdays Dragon Ball Z premiered on Toonami and took over the 5:00 PM time slot leaving only one episode of Real Adventures at 5:30 PM.

In the United Kingdom, the series aired on Cartoon Network's Toonami programming block in 2001.[3]

Jonny Quest: The Real Adventures only had one marathon appearance during its run on Toonami, Re-Quest Weekdays.