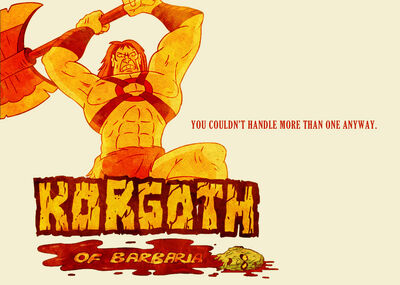 Korgoth of Barbaria is a pilot episode for what was originally planned as an American animated television series created by Aaron Springer, storyboard writer and director for Dexter's Laboratory, The Grim Adventures of Billy & Mandy and SpongeBob SquarePants. The pilot episode first aired in the United States on June 3, 2006 at 12:30 AM (EST) on Adult Swim. The pilot received mostly positive reviews and on June 18, 2006, Adult Swim ran a bumper announcing Korgoth of Barbaria was officially picked up as a series. However, the series was dropped before production began.

The pilot episode followed the exploits of the eponymous Korgoth (voiced by actor Diedrich Bader), and parodied Conan the Barbarian, as well as the sword and sorcery subgenre in general. The show was set in a post-apocalyptic world where sorcery and the remnants of technology exist simultaneously, similar to Thundarr the Barbarian. The heavy metal/thrash metal musical theme was composed by Lee Holdridge.

In a dark future wasteland, the great cities have risen and fallen, primordial beasts have reclaimed the wilderness and thieves and savages populate sparse, dirty towns. From the frozen north emerges a warrior known as Korgoth, and his merciless savagery may be his only key to survival. 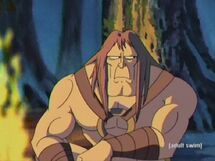 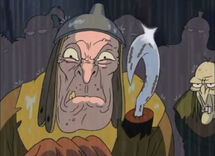 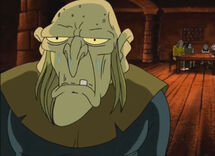 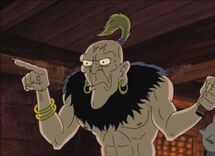 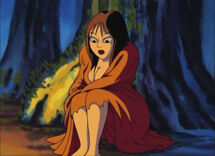 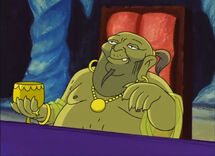 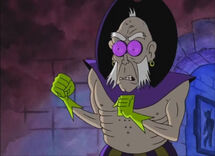 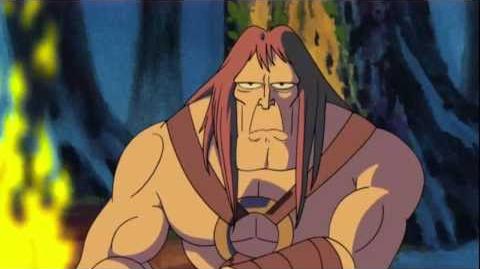 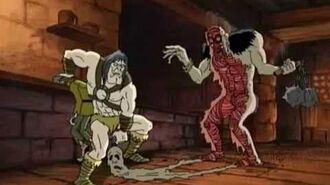 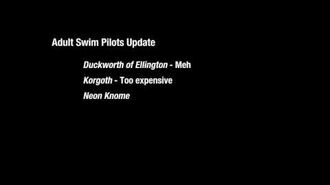 On October 27, 2009 Adult Swim and distributor Warner Home Video released Adult Swim in a Box, a DVD box set of a variety of different Adult Swim shows, Korgoth of Barbaria is featured on this box set on a special DVD along with Welcome to Eltingville, the pilot episode of Perfect Hair Forever, Totally for Teens, and Cheyenne Cinnamon and the Fantabulous Unicorn of Sugar Town Candy Fudge. The pilot episode is not currently available on iTunes, but can be found on YouTube.

Korgoth of Barbaria was first aired in the United States on June 3, 2006, at 12:30 AM (EST) on Adult Swim. The pilot was then reaired the following day, June 4th, at 10:30 PM.[1] Adult Swim re-aired the pilot episode on Halloween night, October 31, 2008, as part of an advertised Halloween stunt entitled "Bring Out the Dead", where many of the best cancelled and one-off shows such as Welcome to Eltingville, Ranger Smith: Boo Boo Runs Wild and Space Ghost: Coast to Coast were aired.[2] Adult Swim re-aired the pilot again on January 6, 2011 as part of their then-new DVR Theatre at 4:00 AM. On November 3, 2013, Adult Swim once again aired the pilot during the Toonami block, and yet again on January 28, 2019 at 4:00 AM.[3]

Korgoth of Barbaria aired on Adult Swim's Toonami block on November 3, 2013, as a special surprise, during the extra hour added to the block thanks to daylight savings. Korgoth was joined in the extra hour by special presentations of the King Star King pilot and the animated short film, Kick-Heart.