5:00 PM (Part 1)
5:30 PM (Part 2)
6:00 PM (Part 3)
6:30 PM (Part 4)
LowBrow: Test Drive is the original 7-minute pilot episode of Megas XLR which premiered during Cartoon Network's Cartoon Cartoon Weekend Summerfest on August 23, 2002 at 8:00 PM.[2] The pilot, co-created by Jody Schaeffer and George Krstic, received the most fan votes during the weekend-long marathon and was picked up by Cartoon Network to become the next Cartoon Network original series. However, the series was delayed multiple times from its scheduled debut in December 2003. Megas XLR would eventually make its series premiere on Toonami on May 1, 2004.[3]

The pilot episode also aired as a four-part "micro series" on Cartoon Network's Toonami programming block on Friday, February 28, 2003, the final day of Giant Robot Week, at half-hour intervals during the remainder of the Toonami block (5-7 PM), outside of the hour-long special event (4-5 PM).[1]

During a routine trip to the garbage dump, suburban misfit Coop discovers an advanced robot from the future. Coop brings the treasure home and retools it to suit his modern-day slacker needs. While showing off his new ride to his best friend Jamie, Coop is confronted by the original owners of the robot. After accidentally destroying their mechs, Coop and Jamie are told about the future war between the Earth and the Glorft by Kiva, who needs to use Megas to win the war. Coop then hits a beacon by mistake that alerts the Glorft to Megas' location. The Glorft forces arrive in the present to capture Megas, but Coop uses his finely honed video game skills to pilot the giant robot and easily defeats the entire Glorft armada. This 7-minute short was later reworked into "Test Drive" the first full-length episode of Megas XLR. 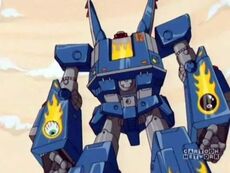 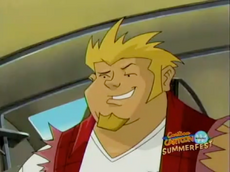 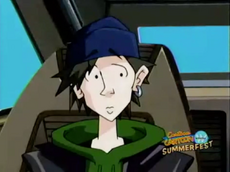 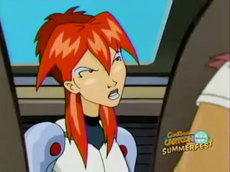 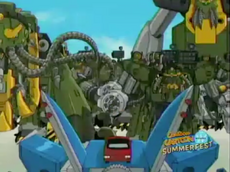 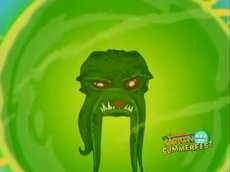