July 14, 2006
MÄR, an acronym for Märchen Awakens Romance, is a Japanese anime series based on the manga series of the same name written and illustrated by Nobuyuki Anzai. MÄR is characterised by fairy tale motifs running throughout the series, Märchen being itself the German word for "fairy tale". The 102 episode anime series, titled MÄR Heaven in Japan, was originally broadcast in Japan from April 4, 2005 to May 25, 2007 on TV Tokyo.[2]

VIZ Media acquired the North American rights to both the MÄR manga and anime and aired an english dubbed version of the series, first on Toonami Jetstream, an online service from Cartoon Network, and then on the network itself, as part of the Toonami programming block. The series made its Toonami premiere on Saturday, December 23, 2006 along with another new series The Prince of Tennis.[1]

Ginta Toramizu is a 14-year old junior high student who is portrayed as a typical video game geek and underachieving student. One day and without warning, he finds himself summoned to the mysterious world of MÄR-Heaven which he has only seen before in his dreams and in his mother's books. In this fairy tale world, Ginta's physical weakness is replaced with superior physical strength, incredible stamina and endurance, and being able to see without his glasses.

Upon meeting a mysterious witch named Dorothy, Ginta is introduced to the powerful magical accessories and weapons called "ÄRM" (pronounced air-um). Dorothy plans to steal the mysterious ÄRM Babbo from a trap-guarded cave, and brings Ginta along to assist her, intrigued by his unusual strength and abilities. Babbo is revealed to be an extremely special and unique ÄRM, as he possesses a will of his own and the ability to speak. Displeased with the fact that Babbo is so cumbersome, Dorothy gives Babbo to Ginta instead taking the guardian arm that guarded the chest, departing with a warning that others will try to steal Babbo from him.

He continues on a journey of discovery, revelling in this new world. However, when he encounters the farmer Jack and his mother, who are troubled by two werewolf brothers, he finds that he misses the real world. Ginta resolves to find a way to reach home while enjoying as much of MÄR as he can along the way, with Jack journeying with him.

However, it is not long before Ginta learns that the world of MÄR-Heaven is not as peaceful as it seems when he is attacked by thieves wishing to steal Babbo. Upon meeting Alviss, who summoned him to MÄR-Heaven using an ÄRM known as the Gate Keeper Clown, he learns of the sinister "Chess Pieces" and how, six years earlier, they had tried to take over MÄR-Heaven. Alviss reveals that he summoned Ginta in order to gain assistance from an "other-worlder" in the upcoming war, as was done previously.

Gaining both allies and enemies, the series follows Ginta as he opposes the Chess Pieces and their undead leader Phantom.

Ginta Toramizu — The main character of the series. A fun-loving, care-free boy who uses Babbo as his ÄRM. Being originally from another world (Earth) he was originally weak and nerdy (a stereotypical otaku) until he arrived in MÄR-Heaven, where he gained superior physical ability (and clear vision without his glasses), and his path happened to coincide with that of the ÄRM of legend Babbo. It is suggested that he has a crush on Snow because she is the counterpart of Koyuki. He is also indifferent to Dorothy's flirtation and annoyed by it at times.

Princess Snow — Snow is the princess and only heir to Lestava and is the counterpart of Koyuki and Dorothy's step-niece. Lestava is the capital of MÄR Heaven. Snow has a very big crush on Ginta, so she is easily jealous of the times when Dorothy rubs on Ginta, kisses him all over the face, or jumps on him. Anytime Snow gets jealous you can see giant flames cover her. You mainly see Snow wearing a pink ribbon, a pink with white jacket, a pink two strapped tanktop (that you don't see very often), red shorts, pink leg warmers, and pink tennis shoes. At first look Snow seems like a helpless 14-year-old princess, but her true self is an incredibly strong, loud, easily annoyed, scary, and completely strange girl. Due to her appearance many people misjudge her and go easy on her to find themselves beaten to a bloody pulp. Only her good friends seem to know of her true personality. Snow uses Ice ÄRM to fight and protect.

Jack — Jack meets Ginta early in his adventure and after Ginta helps him beat the Rugelu Brothers, a pair of werewolves that were terrorizing Jack's home to claim the farm's vegetables, he and Ginta become friends. Loud-mouthed and clumsy, Jack is the weakest of Team MÄR (though he is still on par with a knight), although not by any means the least resolute. He never misses a chance to train to get stronger, first, not to be a burden to others, and second, to avenge the death of his father Jake, a former soldier of the Cross Guard, who died in the first War Game at the hand of one Zodiac Knight, Weasel. He also has a hopeless crush on every cute girl he can lay his eyes on, especially Snow and Dorothy, despite how cruelly they treat him. Eventually, his luck with females changes as he gains former Rook, Pano, as his girlfriend. At the end of the series, Jack lives with his mom, Pano, and the two vegetarian werewolves that now work for him. Jack is a user of plant/earth-type ÄRMs.

Dorothy — The beautiful Princess of Caldea who is also a witch of immeasurable power, and the younger sister of Diana: Queen of Chess Pieces (the former princess of Caldia). She is the step-aunt of Snow (Although she and Snow have some trouble accepting this) and thus, she bears the responsibility to put a permanent rest to Diana's actions in accordance to the laws of their birthplace, the magic kingdom Caldea. She is the first to appear to Ginta. Since she saw the great strength of Ginta, she asked him to help her get an ÄRM. When he refused, she offered up a Weapon ÄRM that was completely useless. Ginta agreed not knowing a thing about the ÄRM, so they enter the cave of where the ÄRM is sealed. Later, when they arrive at the ÄRM's location they have to face a powerful Guardian ÄRM, Brikkin. As Dorothy fights it with her Guardian ÄRM Flying Leo, Ginta gets the ÄRM who calls himself Babbo. After Ginta beats the Guardian Brikkin with Babbo, the pair argue over Babbo to the point when Dorothy tried and failed to pick up Babbo because it was too heavy. Disappointed she flew away on the Nature ÄRM Zephiroth's Broom.

Dorothy has an interest in stealing any uncommon ÄRMs she comes across (which is also her other duty on Kaldea's behalf), heaping up into a wide variety for her collection, but she seems to prefer Guardian ÄRMs and Wind-themed ÄRMs in battle. Dorothy's moods can vary from the sweet, kind-hearted girl to the pitiless, cruel fighter who could kill her enemies without any second thought. She also has a notably large crush on Ginta, leading her to smother him with attention, much to Princess Snow's chagrin.

Alan — A hardened (smoking) warrior, the powerful human who participated in the previous MÄR-Heaven War against the Chess Piece, known as the 2nd man, Danna's partner in the Cross Guard. His power level is said to be equivalent to a Knight in the method of power ranking used by the Chess Pieces, and once fought to a draw with the Knight's second in command, the one ranked directly under the No.1 Knight Phantom, Halloween. It is later found out that he and Halloween were once childhood friends, back when the latter's name was Pump. However, because of a curse set by Halloween's Darkness ÄRM Igneil in the same fight, Alan was sealed inside the court guardian and custodian dog of princess Snow, Edward. In order to change back into Alan, Ed has to sleep three times, often forcibly knocking himself out, which is too risky and inconvenient for most situations. If Alan sleeps once, he becomes Ed again. After the visit from Phantom and his Zodiac Knights, Alan and Ed are split apart into two beings by Ginta, using Babbo's Alice transformation. Ironically, due to his time inside Edward, Alan has developed a fear of cats. In the end of the anime, Alan lives with Chaton, Babbo, and the baby Loco.

Chess Pieces — A fictional organization in the anime and manga series, that plays the role of the main antagonist faction. It is a military faction which, over the 10 years it was in existence, has established supremacy over the rest of its rebellious kind in MÄR-Heaven. The organization enjoys the fact that the name of Chess Pieces has become a taboo for generations to come. The Chess ranks are based on the pieces in the game of chess with rank going from king, queen, knights, bishops, rooks, and pawns, separating the hierarchy into two parts. It's top is governed by the command force of one King and one Queen, which lurks in darkness. Most of the time the identity of its two members is privy to none outside the Chess Pieces; headed by the Queen Diana. Second to it is the combat force consisted of echeloned Knights (elite fighters, leading operation executors), Bishops, Rooks and Pawns (foot soldiers); headed by the no.1 Knight Phantom. Chess members from Rook upward is permitted the possession of class earrings (which are actually Dimension ÄRMs that allow communication with other Chess Pieces. Although the rudimentary rule for ranking is based on their power (proved by mastery of ARMs or in less usual cases, impressive feats), it's also noted that soldiers of lower ranks can be stronger than their superiors. 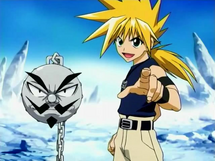 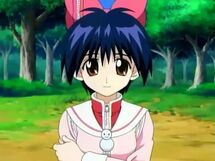 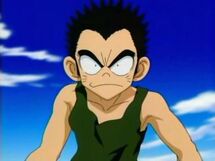 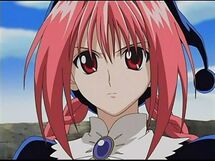 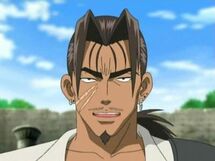 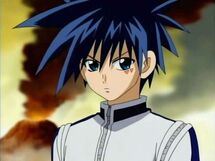 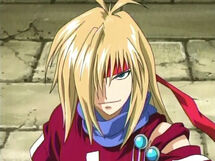 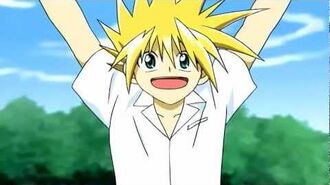 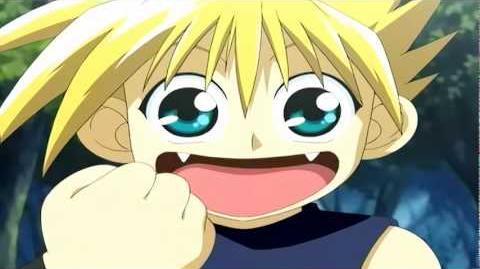 MÄR was originally broadcast in Japan on TV Tokyo from April 4, 2005[2] to March 25, 2007. The series was first made available in the United States on Toonami Jetstream, an online streaming service from Cartoon Network, beginning on July 7, 2006.[3] The series then appeared on the network itself, as part of the Toonami programming block, airing from Saturday, December 23, 2006[1] to May 26, 2007. The series also aired in Canada, on YTV's Bionix programming block, beginning on June 1, 2007.

The series made its Toonami premiere, after appearing on Toonami Jetstream, at 10:30 PM on December 23, 2006, replacing One Piece in the lineup. On February 24, 2007, the series swapped time slots with The Prince of Tennis and began airing at 10:00 PM. MÄR was removed from the lineup after the May 26, 2007 broadcast. During its run on Toonami, the series aired out of order and only 16 total episodes aired.