22 (List of Episodes)
Michiko & Hatchin is a Japanese animated series produced by studio Manglobe and directed by Sayo Yamamoto, a storyboarder and episode director on Samurai Champloo, Ergo Proxy, and Eureka Seven. The story takes place in a fictional country with cultural traces from South American countries, mostly Brazil. The music is composed by the Brazilian musician Alexandre Kassin and produced by Shinichirō Watanabe.

In North America, Funimation produced an English dub that premiered on Adult Swim's Toonami block from June 20, 2015 to December 12, 2015.[1] The series was rated TV-14 on Adult Swim.

Michiko is a stunning escaped convict with lethal looks and a deadly disrespect for the lawmen trying to hunt her down. Hatchin is a hapless orphan pushed to the breaking point by the sadistic spawn of her fiendish foster parents. On their own, these ladies are nothing more than a Yin searching for its Yang, but when fate – in the form of a mysterious man from their past – brings them together, the world better watch out! With the future dead ahead and the police hot on their heels, Michiko and Hatchin burn rubber through exotic locales where danger lurks around every corner. It’s two against the world in this sun-soaked, Latin-tinged tale of partners in crime who won’t stop running till they chase down a dream.

Michiko Malandro — An independent woman who has just recently escaped one of the most heavily guarded prisons in existence for at least the fourth time. Michiko rescues Hana from her abusive foster parents and claims to know her father, who, according to her, was a good man and "made her fall in love with him right away". Both she and Hana embark on a journey to find him while on the run from the law, as well. They become a bickering pair, but soon come to realize how much they truly need each other.

Hana "Hatchin" Morenos — A young girl who previously lived with abusive foster parents. She was the victim of abuse both by the adults and their two other children, living in an abusive household until Michiko came to her rescue. She is hesitant to trust the woman, but they share the same tattoo on their stomachs. Unlike Michiko, Hana is much more levelheaded and serious, often functioning as the voice of reason of the two. Despite Michiko often putting her in danger due to her destructive habits and her sometimes irrational plans, Hana grows to care deeply for her. After finding Hiroshi, Hana leaves with him to start a new life while Michiko resigns herself to prison, promising Hana that they will be together again someday. Hiroshi once again leaves Hana shortly after their reunion to pursue another woman, leaving Hana to fend for herself. In the series' epilogue, Hana is now a young woman with an infant son, living a relatively happy life. She has been sent various packages from an unknown source, eventually realizing that it was Michiko sending them to her. She traces the source of the packages' routes, discovering that Michiko will be arriving outside her hometown soon. The two embrace, ending the series.

Hiroshi Morenos — Hana's father, and Michiko's love from the past. Despite being officially considered dead, Michiko believes that he is alive, and rescues Hatchin in order to find clues about his whereabouts. He shares same tattoo as both Michiko and Hatchin, except on his left shoulder. Hana finally finds him at the end of the series, and Michiko asks that he take care of Hana while she is in prison, assuring him that Hana will bring him happiness. He and Hana depart via airplane for another region of the country to begin their lives anew. However, Hana reveals in the epilogue that he eventually found another woman and ran off on her.

Atsuko Jackson — She lived in the same orphanage as Michiko, and seems to have a score to settle with her. She is now a cop and was responsible for Michiko's arrest 12 years before the main plot. Michiko likes to call her "Jambo" (a Portuguese word for both some syzygium fruit and to refer to a dark or brown-skinned person), in order to get her angry. She seems to have mixed feelings for Michiko and is sometimes seen helping her out of a bad situation. At the end of the series, she works out a deal with Michiko; let Hana and Hiroshi leave peacefully to start a new life and she will allow Atsuko to take her into custody herself, thus restoring her police career. She agrees to this and is last seen escorting Michiko to prison.

Satoshi Batista — An old friend of Hiroshi's, who assumed control of the crime syndicate "Monstro Preto" ("Black Monster"), while Michiko was behind bars. He and Hiroshi have been friends since they were children, and Hiroshi once saved his life from the original leaders of Monstro once it was discovered that Satoshi plotted to take control of the gang. Throughout the series, he is shown to be harsh, brutal and vicious, rarely showing mercy to those that have interfered with his plans. He hates Michiko, feeling that she is part of the reason that Hiroshi left and "betrayed" his friendship; much like her, he too is determined to track down Hiroshi. Near the end of the series, he is cornered by a street gang that he was shaking down for information on Hiroshi. Once they had severely wounded him, the gang members killed him at close range.

Shinsuke Saci Rodriguez — One of Satoshi's henchmen with a vicious and sadistic temper. Prior to the events of the series, he and Satoshi were close friends. He attempts to take control of Monstro by having Satoshi killed, but his betrayal is discovered leading to conflict between the two for the remainder of the series. After a violent showdown in which Satoshi kills most of Shinsuke's men, Satoshi kills him by drowning him in a bucket of water. 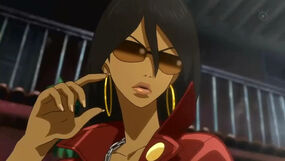 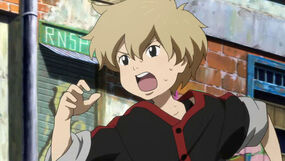 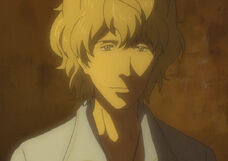 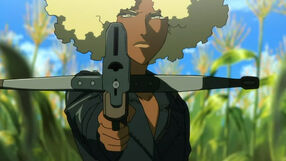 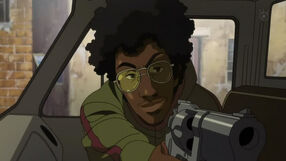 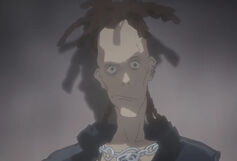 The entire series has been released on Blu Ray and DVD in North America by Funimation.

The series' English dub premiered on Adult Swim's Toonami block on June 20, 2015, replacing InuYasha: The Final Act in the 1:00 AM time slot.[1] On October 3, 2015 Michiko & Hatchin was moved to the 1:30 AM time slot.[5] The series ended its run on Toonami on December 12, 2015 and, after the annual holiday marathons, it was replaced in the lineup by Samurai Champloo.