Naruto the Movie: Legend of the Stone of Gelel

Legend of the Stone of Gelel

7:00 PM
Naruto the Movie: Legend of the Stone of Gelel is a 2005 Japanese animated action/adventure film directed by Hirotsugu Kawasaki and co-written by Kawasaki and Yuka Miyata. It is the second film based on the popular Naruto anime and manga series by Masashi Kishimoto. It was released in theaters in Japan on August 6, 2005. Unlike its predecessor, Ninja Clash in the Land of Snow, Legend of the Stone of Gelel did not see a theatrical release in the United States, and was released as a direct-to-video instead. The movie takes place after episode 160 of the anime series.

The movie opens with a battle taking place at night on a desolate seaside beach between Sand Ninja and mysterious warriors wearing bulky suits of armor. Despite their best efforts, the Sand Ninja are slowly overwhelmed by the sheer strength of their mysterious opponents. The timely arrival of reinforcements led by Kankuro and Gaara turns the tide, with Kankuro slicing apart a suit of armor with his puppet, and Gaara dispatching a large number of enemies en masse with his signature Desert Imperial Funeral. However when Gaara orders the Sand Ninja to shine a flare at the retreating enemies, a large warship appears.

The movie then cuts to Naruto Uzumaki, Shikamaru Nara, and Sakura Haruno as they deliver a lost pet ferret (that Naruto unwittingly confuses for a cat, as he had never seen a ferret before) to its village. However, a mysterious knight called Temujin intercepts them and they fight, causing both Temujin and Naruto to be knocked off a cliff by the massive power caused by Naruto's Rasengan and Temujin's Rising Thunder. As Shikamaru and Sakura realize what has happened to Naruto, a giant ship appears.

Naruto wakes up to find himself bandaged and traveling in a caravan led by Kahiko and Emina. He also finds Temujin asleep beside him. When Temujin awakens, Nerugui (the lost pet ferret which was owned by Kahiko) seems to be attracted to him. The caravan is part of a moving country.

Meanwhile, Sakura and Shikamaru split up to search for Naruto. Shikamaru spies on the fortress and finds a lab with children in capsules. Two women with similar armor to what Temujin was wearing are talking about the Gelel Stone. After watching the process, Shikamaru realizes that the soldiers are being created by placing the souls of children in different bodies. The movie revolves mostly around a special mineral called the Gelel Stone, which has a strong and mysterious power. There was once a clan that could control the stone's powers (the traveling caravan and Temujin are part of this clan), but they were destroyed because of fights for the stone.

Temujin is working for his Lord, Master Haido, who has his group searching for the Stones of Gelel, so that he can create a 'utopia', a world free from war and strife. But he also tells his group that sacrifices are for the greater good. When Naruto meets Haido, he at first believes him. Naruto accompanies Temujin, Ranke, and Fugai to the area where the fight between the Sand Ninjas and Haido's forces took place. During the fight, Kamira duels with Kankuro while Ranke fights Gaara. When Ranke is killed by Gaara, Kamira escapes. The caravan that Naruto was saved by has been attacked as Fugai threatens Kahiko for the location of the Stones of Gelel. Shikamaru and Sakura end up repelling her.

Temujin learns that Kahiko knows where the Stones of Gelel are. When he tries to capture Kahiko, he is subdued by Shikamaru's Shadow Possession Jutsu as Naruto catches up. Shikamaru interrogates Temujin about Haido's plot. After Shikamaru manages to get some answers, Temujin uses a smokescreen and kidnaps Kahiko and one of the children from the caravan. Temujin forces Kahiko to lead him to a cave where the stones are sealed away. Naruto follows him to try to stop him with Nerugui leading the way. Temujin sends the kid he abducted on his way as he has Kahiko lead him into the cave. But Haido, Fugai, and Kamira also follow him to the cave. This leads to a confrontation between Haido and Naruto's group as Naruto finally realizes Haido's evil intentions. He is disgusted that Haido and his followers are willing to sacrifice their friends and other innocents for their cause. He angrily yells that dreams that sacrifice friends are nothing but garbage, surprising Temujin. Kahiko triggers a mechanism that takes himself and Temujin to the chamber below, where the entrance to the mines of Gelel are, with the intent to destroy them. Haido angrily follows with several armed soldiers after smacking Naruto aside. Kamira challenges Shikamaru, and Sakura challenges Fugai before the latter can follow Haido with the ship. Naruto follows after Kahiko, Temujin, and Haido.

Once there, Haido reveals that he has a piece of Gelel Stone which he uses to attack Kahiko. Eventually Temujin, surprised by Haido's cruel words and behavior, defends Kahiko, which angers Haido. Eventually Naruto shows up and saves Kahiko. Temujin is finally so appalled by Haido's willingness to kill Naruto and Kahiko and call it a "noble sacrifice" that he refuses to kill them when Haido orders him to. He realizes that the shadowy figure he had seen in the ruins of his house after his parents' death was Haido. Haido then admits that he was the one that killed Temujin's family and then used their son like a pawn for all those years. He then attacks Temujin and destroys his piece of Gelel Stone by shoving his hand into his body, tossing him aside and leaving him lying on the ground, weak and horrified by what he has done.

At this point Naruto intervenes and attempts to defeat Haido. Naruto manages to hit Haido with his Rasengan, which blasts him into the ceiling. But the ceiling starts to leak chakra from the Mines of Gelel and heal Haido's wounds. Haido then shoots a blast of chakra at Naruto and Temujin which is blocked by some soldiers who were Temujin's old friends. Naruto then creates a rasengan in one hand, and Temujin makes one in the other, which combined kill Haido. Haido crashes into the key to the mines of Gelel which causes a chain reaction which begins to destroy the surrounding area. Kahiko says the only way to stop the destruction is to summon a space-time rift to destroy the mines of Gelel and the summoner. Temujin offers to do it and begins to walk towards a summoning spot, ignoring Naruto's words. When the space time rift is summoned, Naruto attempts to pull Temujin out and saves him. Naruto was thinking about what happened to Sasuke and did not want history to repeat itself. Later, Temujin leaves with the other children stating that he will end all war. Kahiko is sad that Nerugui is going with Temujin. The credits show Naruto and Temujin seeing each other one last time as Temujin's ship leaves and make fists of victory. 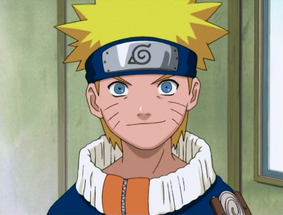 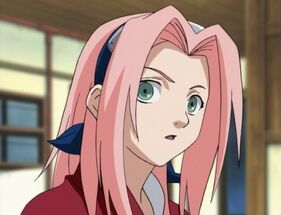 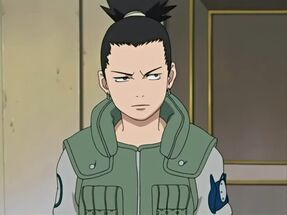 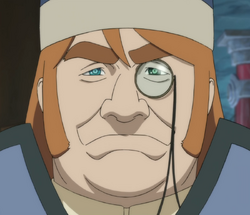 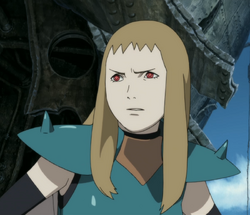 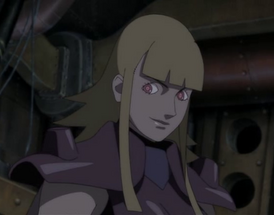 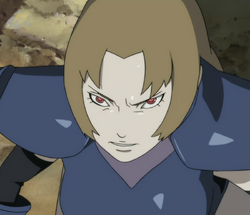 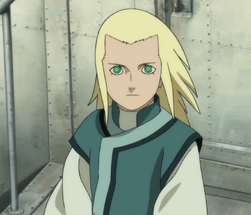 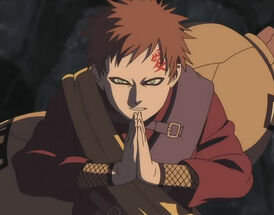 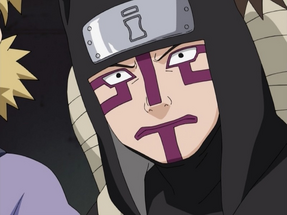 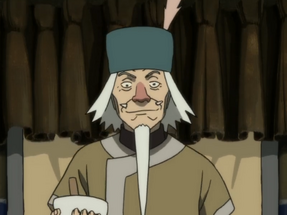 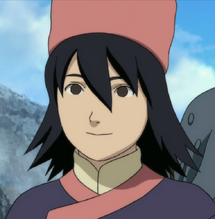 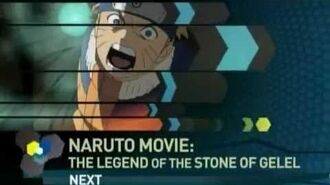 Toonami Naruto-Legend of the Stone of Gelel Promo
Toonami Promo 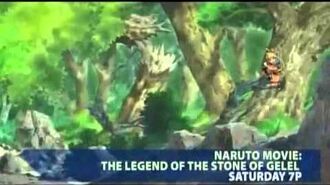