October 9, 2006
Pokémon abbreviated from the Japanese title of Pocket Monsters, is a Japanese children's anime television series, which has since been adapted for the international television markets. It is based on the Pokémon video game series and is a part of the Pokémon franchise. The anime is a meta-series of adventures separate from the canon that most of the Pokémon video games follow (with the exception of Pokémon Yellow, a game based loosely on the anime storyline). The anime follows the quest of the main character, Ash Ketchum (known as Satoshi in Japan) a Pokémon Master in training, as he and a small group of friends travel around the fictitious world of Pokémon along with their Pokémon partners.

The series begins with Ash's first day as a Pokémon trainer. His first (and signature) Pokémon is a Pikachu, differing from the games, where only Bulbasaur, Charmander, or Squirtle could be chosen. The series follows the storyline of the original games, Pokémon Red and Blue, in the region of Kanto. Accompanying Ash on his journeys are Brock, the Pewter City Gym Leader, and Misty, the youngest of the Gym Leader sisters from Cerulean City.

In the United States, new episodes originally aired in syndication from September 8, 1998 – November 20, 1998, during early weekday mornings on stations affiliated with the FOX Television Network, the Warner Bros. Television Network, or the United Paramount Network for the first 41 episodes (excluding the banned episodes), but were moved to the Kids’ WB! Saturday morning line-up on February 13, 1999, where the rest of the first season was aired. "Princess VS Princess" and episodes following that were aired in season 2 (1999-2000). On November 27, 1999, with a total of 80 episodes (82 in Japan), Pokémon: Indigo League finished its run and was the longest-running subtitled season throughout the Pokémon series. The first season aired on Cartoon Network from November 4, 2002 to March 3, 2003 and later appeared on Toonami Jetstream beginning on January 14, 2007 airing only episode 55-57, the first three episodes that Todd appears, to promote the release of Pokémon Snap for the Wii Virtual Console.

Adventures in the Orange Islands

In the United States, new episodes of the Adventures in the Orange Islands arc aired from December 4, 1999, to October 14, 2000 on the Kids’ WB! Saturday morning block, and on Cartoon Network from March 4, 2003 to June 30, 2004. On October 9, 2006, starting from the episode "The Pokémon Water War" (the first episode of the third broadcast season on Kids' WB!, airing from 2000-2001), Pokémon started airing on Toonami Jetstream (incorrectly counted as Pokémon The Johto Journeys episodes, despite the first 11 episodes in the season being a part of the Orange Islands arc). The arc consists of 36 episodes.

In the United States, new episodes aired from August 3, 2000 to August 2, 2001 on Kids' WB!'s weekday afternoon lineup and Saturday morning lineup. Only a select few episodes aired on Cartoon Network as part of the Pokémon Master Marathon on June 2, 2007. On June 4, 2007, Pokémon: Johto League Champions started airing on Toonami Jetstream. The season consists of 52 episodes.

In the United States, new episodes aired from September 8, 2006, to March 3, 2007 on Cartoon Network. On October 28, 2006, Pokemon: Battle Frontier started airing on Toonami, the only season of Pokémon to appear on Toonami proper, and ran until February 24, 2007. The season consists of 47 episodes.

Pokémon: Battle Frontier aired on Toonami starting October 28, 2006, replacing Pokémon Chronicles. It started with the episode "The Green Guardian" to promote the release of the video game Pokémon Ranger for Nintendo DS, which was released two days later. The very next week, on November 4, 2006, it started over with "Fear Factor Phony" and aired in order until February 24, 2007. After being pre-empted throughout the month of March for Toonami's 10 Year Anniversary, the show was replaced by Dragon Ball Z on April 7, 2007.

Pokémon: Indigo League is the first story arc of the original Pokémon series, spanning over season 1 and around half of season 2. After he turns ten years old, Ash Ketchum, who has wanted all his life to become a Pokémon Master, is allowed to start his journey in the world of Pokémon. However, when he sleeps in too late the day he is to receive his first Pokémon, Professor Oak, the local Pokémon researcher, has already given away the three Pokémon (Bulbasaur, Charmander, and Squirtle) he has been entrusted with to give to new Pokémon Trainers, but he does have one more Pokémon that he gives to Ash: a Pikachu.

Determined to make it on his journey anyway, Ash does his best to befriend Pikachu, but Pikachu does not trust him and will not even return to his PokéBall. It is only after Ash protects Pikachu from a group of angry Pokémon does Pikachu realize how much Ash cares for him, and he saves Ash, and they both see a mysterious unidentifiable Pokémon that spurs both of them to work towards Ash's goal.

Along the way, Ash meets up with many other friends, both human and Pokémon, as he works his way through the ranks of the world's many Pokémon Leagues. Through the Kanto Region, Ash befriends Water Pokémon trainer and erstwhile Cerulean City Gym Leader Misty and Pewter City Gym Leader and Pokémon Breeder Brock, all while thwarting the plans of the Team Rocket trio of Jessie, James, and Meowth, who want to steal Ash's Pikachu and any other rare Pokémon they come across.

Adventures in the Orange Islands

Pokémon: Johto League Champions is the fourth season of the Original Pokémon Series. It features 52 episodes of Ash Ketchum and his friends Misty and Brock's adventure through Johto from Goldenrod City to Cianwood City.

Pokémon: Master Quest is the fifth story arc of the Original Pokémon Series. It features 65 episodes of Ash Ketchum and his friends Misty and Brock's adventure through Johto from Cianwood City to Mt. Silver (with one undubbed).

Pokemon: Battle Frontier is the ninth season of the Original Pokémon Series. It features 47 episodes covering the continuing adventures of series protagonist Ash Ketchum in Kanto as he travels to the Battle Frontier. It follows Ash Ketchum as he continues to collect Symbols from the Kanto Battle Frontier while May participates in Pokémon Contests.

Ash Ketchum — Ash is the protagonist of the Pokémon anime. A 10-year-old Pokémon trainer, his dream is to become the greatest Pokémon Master in the world. Ash is always accompanied by his partner Pikachu. The family name "Ketchum" is a pun on the franchise's former tagline and slogan, "Gotta catch 'em all"!The series starts with Ash's tenth birthday. Ten year old Ash started out as a Pokémon trainer in Pallet Town, his hometown from Kanto. After receiving the electric type Pokémon, Pikachu as a starter Pokémon from Professor Oak because he woke up late, and all the other starter Pokémon were taken, Ash left Pallet Town to start his journey. Since his departure, Ash has traveled the World of Pokémon, competed in many challenges, and caught newer Pokémon. He has met many companions including Misty and Brock. During his travels with Misty and Brock, Ash still had a lot to learn as a trainer. He caught his Pokémon by merely befriending them, knew absolutely nothing about battling, and many of his gym badges were given to him out of gratitude (of the first five gym badges, the only actual victory was over Lt. Surge). Yet, Ash honed his skill as a Pokémon trainer and was able to get all 8 badges, making him capable to compete in the Indigo League. Ash was able to go to the 5th round, and achieve the Top 16 — one round further than his competitive rival Gary, who finished in Top 32.

Misty — After her bike is destroyed by Ash, Misty becomes Ash's first traveling friend, Misty is a 12-year old Pokémon trainer who journeys with him throughout his adventures. along the journey she discovers an egg that eventually hatches into a Togepi that stays with her throughout the series. She is revealed as one of the four gym leaders of Cerulean City along with her three older sisters. Her dream is to be the world's greatest "Water Pokémon Master," but her means of accomplishing this are never made clear. She has made several friends and rivals over the course of her journeys and claims she is a better Pokémon trainer than Ash. When she was young, as well as during the beginning of the series, she was constantly belittled by her older sisters, though she appears to have made amends with them. At the end of the original series, she takes over the Cerulean Gym

Brock — Brock is a 15-year old Pokémon Breeder and the former Pewter City Gym leader. Brock has dreams of being the world's best Pokémon breeder. There is a running-gag in the series where Brock falls in love with a girl and is pulled away by the ear by Misty. Brock is considered the most mature, wise and level-headed of the main characters, and he is arguably the most intelligent character as well. He often acts as an older brother and caretaker to the other characters and a voice of reason in disputes. While he is not shown to battle often, he can understand the situations and strategies in any Pokémon battle, and often explains them to the other characters (and to the viewer), probably because he was once a Gym Leader.

Tracey Sketchit — Tracey is one of Ash's traveling friends through the Orange Islands arc, set in the Orange Islands. He is a Pokémon watcher. His last name in the English dub is a pun because he sketches Pokémon. Tracey may also be a pun, based on the word trace. Tracey replaces Brock as a primary character in Adventures on the Orange Islands, with guest appearances in seasons 5, 8, and 9.

Gary Oak — Gary Oak is Ash's very first rival. He is based on the antagonist character from the Pokémon video game series. Like his counterpart Ash, Gary hails from Pallet Town and is the grandson of renowned Pokémon researcher Professor Oak. Like Ash, Gary collected Gym badges and competed in the Pokémon League tournament. At first, Gary was arrogant, always traveling with cheerleaders who called out his name and constantly teased Ash's group whenever they met. Gary lost in the Round of 32 in the Indigo League to a more powerful opponent.

Professor Oak — Professor Oak is a Pokémon researcher who was once a competitive Trainer, and is generally considered the best in his field. As such, his role in the Pokémon games and anime is that of a mentor to young Pokémon Trainers, a source of information and an occasional plot device. Amongst other things, he is credited with inventing the Pokédex. He also hands out a Bulbasaur, Charmander, Pikachu, or Squirtle to beginning trainers to start their adventure in the Kanto Region. Although he is an expert on all matters relating to Pokémon, Professor Oak specializes in Pokémon behavioral science.

Team Rocket — Team Rocket is an evil organization bent on world domination. Headed by Giovanni, their plan to steal and exploit Pokémon for profit and power is a central plot device used throughout the series.

Jesse, James, & Meowth — A recurring trio of bumbling thieves from Team Rocket who constantly follow Ash Ketchum around in order to capture his Pikachu, which they consider exceptionally strong. While they are usually antagonistic towards Ash and his friends, they have shown that they are good-hearted at times and willing to put their differences aside when it is beneficial. 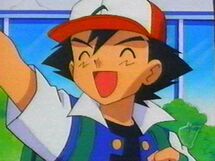 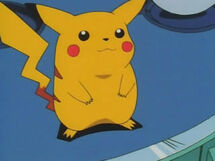 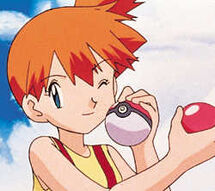 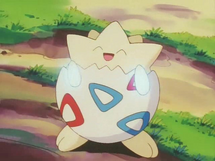 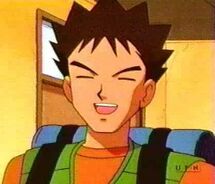 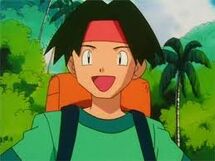 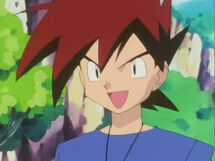 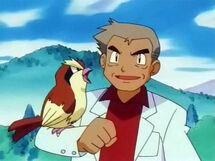 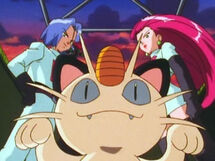