October 19, 2001 - November 30, 2001
ReBoot is a Canadian CGI-animated action/adventure cartoon series that originally aired from 1994 to 2001. It was produced by Vancouver based production companies Mainframe Entertainment (now Rainmaker Entertainment), Alliance Communications, and BLT Productions. The series was created by Gavin Blair, Ian Pearson, Phil Mitchell and John Grace, with the visuals designed by Brendan McCarthy. ReBoot marked the first half hour TV series to be completely computer animated. The series ran for 4 seasons, consisting of 47 episodes.

ReBoot premiered on Cartoon Network's Toonami in 1999, and was consistently in the lineup until 2001. It also appeared on the Midnight run from 1999 to 2000.

In the inner computer world of Mainframe, a guardian program sprite, Bob, and his friends defend the system from viruses and the User alike. Most of their adventures focus on fighting computer Viruses, such as Megabyte and Hexadecimal, and defending the city from Game Cubes sent by the User.

The setting is in the inner world of a computer system known by its inhabitants as Mainframe. Mainframe is divided into six sectors (moving clockwise): Baudway, Kits, Floting Point Park, Beverly Hills, Wall Street, and Ghetty Prime (also called G-Prime). There is also a connected floating island called "Lost Angles", a twisted and corrupted area which plays as the lair for the virus Hexadecimal; this island was revealed in the course of the first half of Season Four to have been Mainframe's sister city until an accident involving Dot and Enzo's father and the arrival of the virus Gigabyte, who immediately morphed into the twin viruses Megabyte and Hexadecimal. Mainframe is populated almost entirely by binomes, little creatures that represent either 1's or 0's, as well as a handful of sprites who are primarily humanoid creatures of more complex design and are the main characters of the series.

Bob  — Bob is a Guardian from the Super Computer. He is formally designated Guardian 452 and is the protector of Mainframe from its various internal and external threats. His Key Tool is named Glitch. The Guardian motto is "To Mend and Defend," and Bob takes pride in doing just that. He is always trying his best to keep Mainframe's enemies at bay. Bob enjoys taking things as they come, is impulsive, and rarely plans anything. When he's not defending the system, Bob can be found either in his garage, fixing his perpetually broken 262 convertible, or in Dot's Diner trying to pry Dot Matrix away from her work.

Phong — The original command.com of Mainframe, Phong is the oldest sprite living in Mainframe and is the cities benevolent leader. He lives in the Principal Office where he serves as the System Administrator and Keeper of the Core. He is somewhat evocative of Confucius, often dispensing advice in the form of confusing and vague philosophical quotes gleaned from old README files. Very fond of Pong, he used to have a rule that one must defeat him at the game to be considered worthy of his knowledge. As Read-Only Memory, Phong is immune to infection by most viruses.

Dot Matrix — Dot Matrix is a sprite living in Mainframe. She is the daughter of Welman Matrix, and the sister of Enzo Matrix. Dot is extremely organized, always having a plan for any situation. She is a business woman, owner of Dot's Diner and business partner in several other businesses in Mainframe, including Al's Wait & Eat. Dot carries an organizer to keep track of all her businesses, to the point where Bob wonders if there is a business in Mainframe she doesn't own. She took over as command.com in the third season.

Enzo Matrix — Enzo Matrix is a sprite living in Mainframe. He is the son of Welman Matrix and the younger brother of Dot Matrix. When he was a young sprite his father was nullified when Mainframe's Twin City was destroyed. He lived with his older sister, Dot Matrix, at Dot's Diner. Enzo idolized Bob when the Guardian came to Mainframe to help protect the city. He was the envy of the little sprite and Enzo dreamed of being a Guardian just like Bob. Enzo's pet and best friend is a dog named Frisket. Despite his small stature Enzo is very brave, always ready to go into a Game Cube or face Megabyte or Hexadecimal. Enzo later grows up to become the renegade simply know as Matrix.

Frisket — A red and yellow dog that belongs to Enzo and accompanies him everywhere. He was a stray at Pearson's Data Dump and was adopted as a puppy by young Enzo when he was just '00'. Frisket is extremely strong and more than a match for Hack and Slash. Enzo usually finds him hanging around Mr. Pearson's Data Dump. Frisket would defend Enzo and AndrAIa to the death, but will growl at Bob if he gets within a few feet. Frisket wouldn't do anything to directly harm Bob, but at the same time is very untrusting of the Guardian.

AndrAIa — AndrAIa is a Game Sprite introduced in season 2, originally from the Treasure of Atlantis Game. AndrAIa is classified as an Artificial Intelligence Game Sprite, meaning that her fighting ability is dependent on her ability to problem solve. AndrAIa lived in the savage wilderness of the Games and considered herself a warrior for surviving there. After meeting Enzo in her game, she becomes his inseparable friend (later girlfriend). The AI in her name refers to Artificial Intelligence.

Megabyte — a computer virus, and the series main villain, he is an order virus. He and his sister originally came from the virus known as Killabyte. Megabyte is a power-hungry and ambitious virus from Mainframe. He is impeccably dignified, however, and always wants to make a good impression, even when he is trying to infect the Super Computer. However, he is very cruel, punishing his servants and taking joy in the pain of his enemies. Megabyte can infect most anyone as long as he can get to their PID. However, he is incapable of infecting a city's leader, such as Phong. When merged with his sister Hexadecimal they become an even more powerful virus called Gigabyte.

Hexadecimal — Megabyte's twin sister, Hexadecimal is a virus of incredible power and unpredictable insanity from Lost Angles. She is the undisputed Queen of Chaos, programed to cause chaos and malfunction within a computer program. Hexadecimal's face is a white mask that changes from one expression to the other without moving her lips when she talks. It changes as frequently as her unpredictable emotions do.

Mouse — Mouse is a hacker program that is capable of unauthorized access of any system. She speaks with a sugary Southern accent and has fangs. A hacker extraordinaire, she is equipped with a katana to cut her enemies into small pieces and a high-tech craft simply called Ship. Sometimes she is seen with another, smaller sword, but she rarely uses it. Mouse is notoriously difficult to catch, or to keep imprisoned. It is unknown what system Mouse originated from. Mouse was originally mentioned briefly, then worked for Megabyte in a one-shot early in the season, but then later switched sides and joined Dot to defend Mainframe when Bob was trapped in the Web.

Hack & Slash — The two most commonly seen henchman in Megabyte's employ. Hack is a red robot built by the virus Megabyte. He is always teamed with Slash, a virtually identical robot except for the fact that Slash is blue, and Hack has a higher voice than Slash. They were built with so much weaponry and brawn inside them that there was little room for brains. They have fought Bob on several occasions but are always easily defeated. Together, they are physically impossible to beat in a fight but their low intelligence often results in them being outwitted. They have been blown apart several times through the years, but are easily rebuilt. During season 3 the duo switch sides and fight with the command.com side of Mainframe. 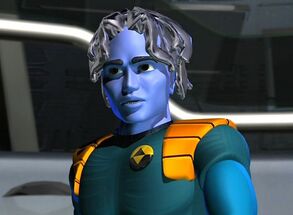 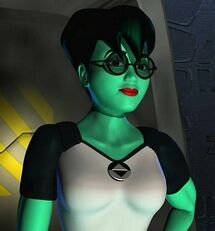 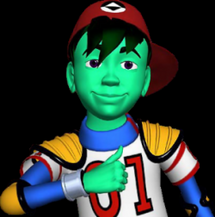 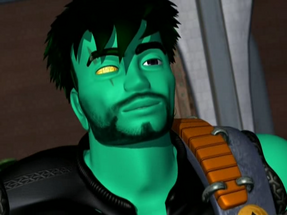 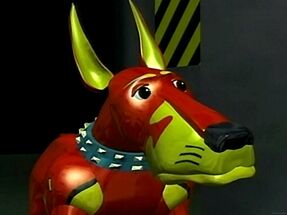 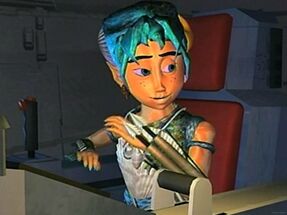 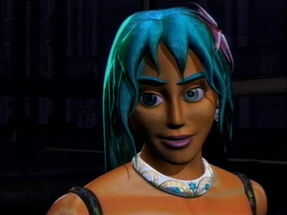 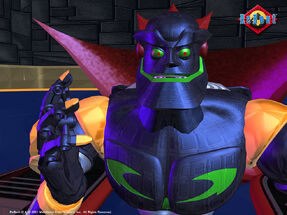 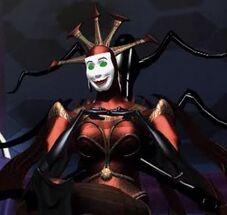 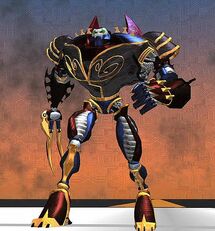 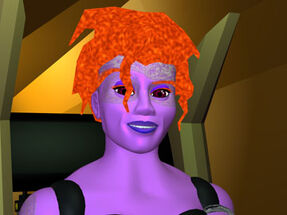 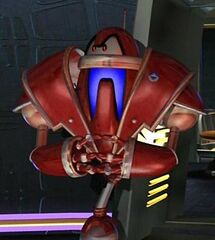 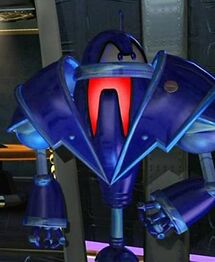 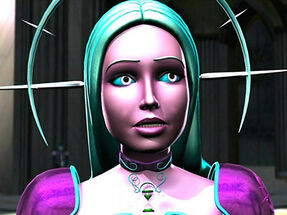 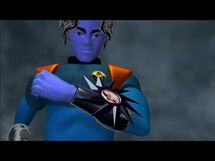 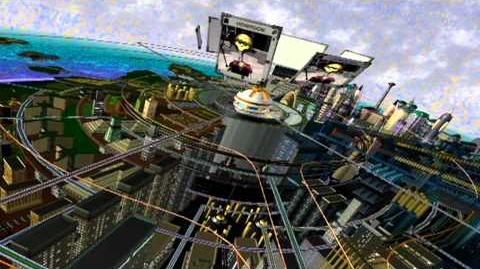 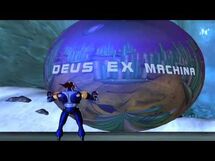 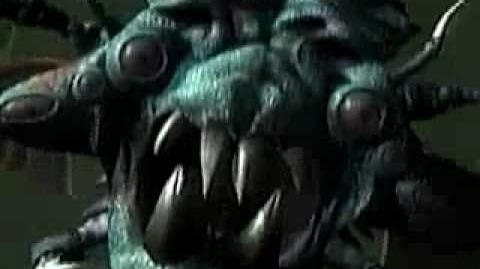 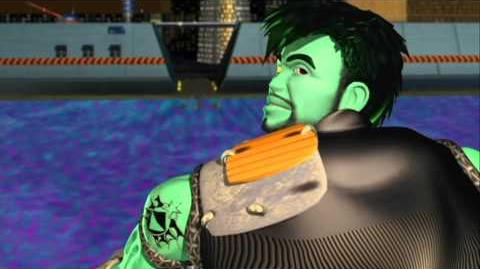 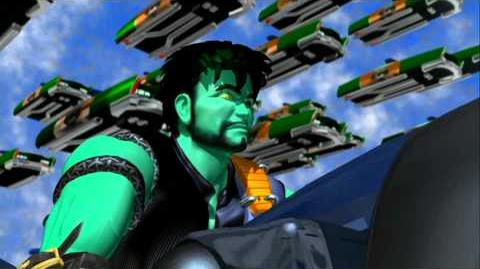 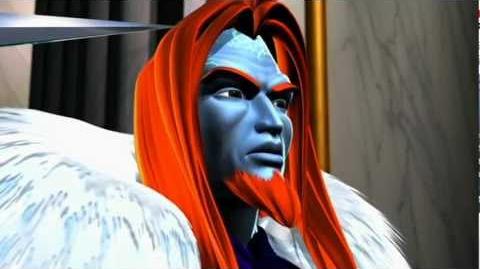 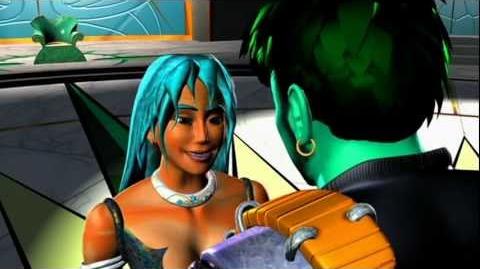 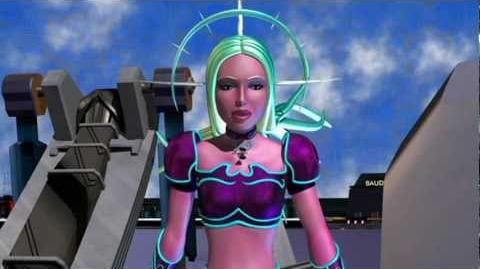 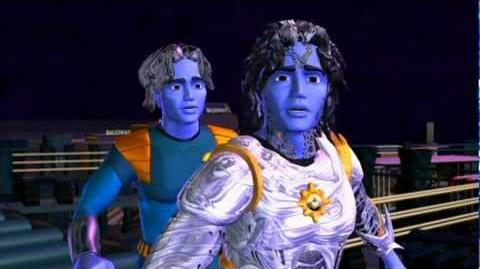 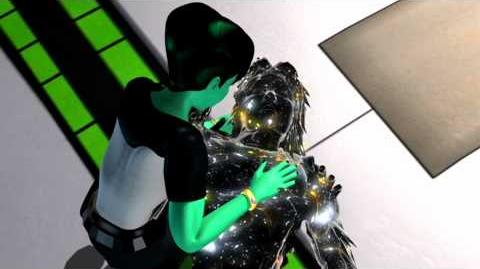 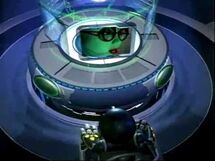 ReBoot is a 47 episode Canadian CGI-animated action-adventure cartoon series that originally consisted of three seasons, airing from 1994 to 1998 in Canada and the United States. The fourth season consists of 2 movies, Daemon Rising & My Two Bobs, which were split up into 8 episodes and aired in 2001.

All episodes of ReBoot have been released on DVD in the United States.

On March 15, 1999 ReBoot began airing on Cartoon Network's Toonami block[1], with the first three seasons airing consistently on the block until November 10, 2000. The fourth season premiered on Toonami on October 19, 2001, as a Friday Toonami exclusive. The series also aired in Japan on the Toonami block from its inception on July 2, 2002 to December 2003. 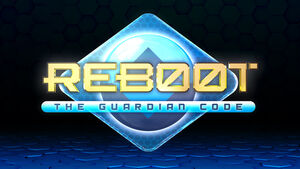 An all-new version of the popular ReBoot franchise is currently in development by Rainmaker Entertainment's new television division, Mainframe Entertainment. The reimagining of the venerable ReBoot series comes just in time for its 20th anniversary. Mainframe Entertainment will team with leading computer industry manufacturers to update the ReBoot universe and create a ground-breaking viewing experience for fans.