13 (List of Episodes)
Record of Lodoss War is a 13 episode direct-to-video Japanese OVA series produced by Madhouse and based on the franchise of fantasy novels by Ryo Mizuno, who originally adapted one of his group of friends ("Group SNE") actual pen-and-paper RPG campaigns into the multimedia phenomenon Record of Lodoss War that has come to include novels, comics, games and animation. The OVA series was released in Japan from June 30, 1990 to November 20, 1991.

With character concepts by Yutaka Izubuchi (at that time best known for his mechanical designs for the Patlabor series) and tightened up for animation by Nobuteru Yuki (Escaflowne, X: The Movie, Five Star Stories), Lodoss has an ethereal look distinctly different from other animation of its era.

The series takes place in a dark time known as the "War of Heroes," where goblins destroy and pillage, knights fight to the death against legions of undead warriors in futile last stands, and horrific dragons set entire cityscapes ablaze without even trying.

The series follows the journey of the novice fighter Parn who wants to become the perfect knight that his disgraced paladin father once was. A weak character at the start, Parn grows and changes during the course of events, just like he would in an actual game. Parn evolves from a boy barely able to slay lowly goblins into a seasoned fighter. What's more, Parn's companions on his journey all have something to teach him, and an untested band becomes a party to be reckoned with--yet each remains an individual who must play out their own destinies.

Parn and company find themselves tangled in a bloody war with the all-powerful "Grey Witch" Karla, along with the forces of the ruthless King Beld and his army of creepy kobolds and other assorted ghouls. As well as the ever-menacing black knight Ashram's skullduggery, several ancient dragons, an archaic and powerful relic known as the Scepter of Domination, and the impending revival of the demon god Kardis the Destroyer.

Parn — The main character of the series, Parn is a hotheaded young knight wannabe that dreams of following in his disgraced Paladin father's footsteps. As a child, he was ostracized by his village, because his father Tessius, a Holy Knight of Valis, had a black mark against his name and was killed in a war with the country of Flaim before his name could be restored.

Etoh — Parn's childhood friend that left his and Parn’s hometown to enter the clergy four years ago. Etoh is a follower of Falis, God of Light and has a limited capacity to heal wounds. Etoh is friendly and helpful as well as devoted to his religious duty. At the start of the series he is reunited with Parn and joins his party.

Slayn — A soft-spoken but powerful wizard capable of using elemental magic. Slayn's an old friend of Ghim, and he usually has to calm Ghim down or intervene in some way to curb his fiery temper. The two are traveling together when they join Parn's party

Ghim — A stout dwarf warrior with a fiery temper who wields a double-headed axe. Years ago Leylia nursed him back to health from a severe injury and the two became good friends. Upon Leylia's disappearance he vows to find her and ultimately joins Parn's party.

Deedlit — A high elf from the Fairy Realm in the Forest of No Return that's equally good with a sword and magic. She can also summon elemental spirits: Sylph, the spirit of wind, Undine, the spirit of water, and Iruk, the King of the Wind. She takes a romantic interest in Parn which he does not initially reciprocate. Though practically the embodiment of grace, Deedlit can also be quite tempestuous in demeanor, especially when she thinks Parn is ignoring her.

Woodchuck — A practical-minded thief that has spent 20 years of his life falsely imprisoned, and laments the loss of those years. Parn releases him from imprisonment and he is the final member to join Parn's party.

Shiris — A mercenary from Kanon who travels around Lodoss with her partner Orson looking for jobs. After Shiris and Kanon attack the party mistaking them for Marmo soldiers they eventually join the party.

Orson — Born a country boy, Orson became a berserker when he witnessed goblins destroy his home village, most notably killing his sister in the process. The red jewel on his sword and brooch distinguish Orson as a man possessed by Hyuri, a spirit of war and rage. He later meets Shiris and travels Lodoss together with her as mercenaries. They eventually encountered Parn’s group and join them for a while.

Leylia — The adopted daughter of Neese and, like her mother, a Priestess of Marfa. Leylia is the reincarnation of Naneel, the priestess of the God of Destruction Kardis. By raising Leylia as a Priestess of Marfa Neese hoped to protect Leylia from such a fate. However, she became the hosting body for Karla the Grey Witch and disappeared. Leylia’s disappearance remained a mystery for the next seven years until finally, her friend Ghim set out to do something about it. 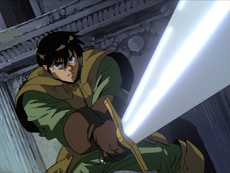 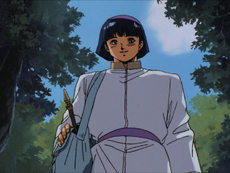 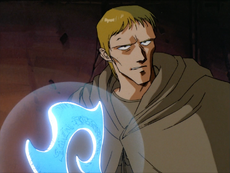 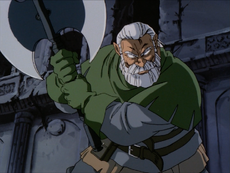 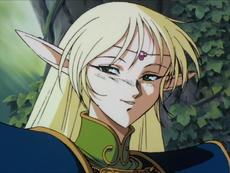 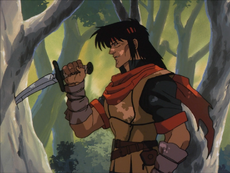 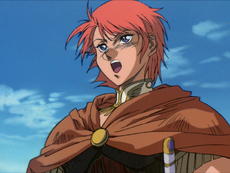 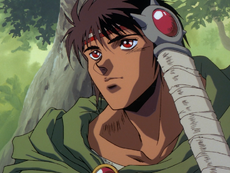 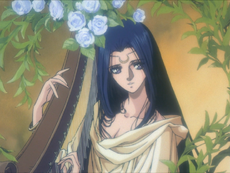 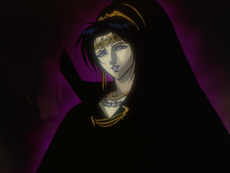 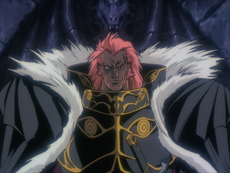 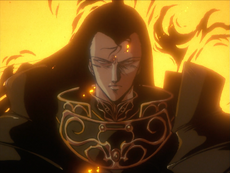 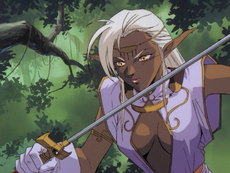 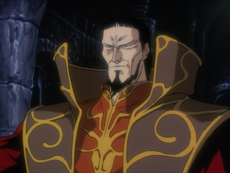 The series was originally released on DVD by Central Park Media in North America in 2000, however, these have since gone out of print. The series was licensed by Funimation who released the series in a Blu-Ray/DVD combo pack on July 18, 2017.[2]

Record of Lodoss War was never aired on any of the Toonami blocks in the United States. However, the series did appear on the Toonami streaming site, Toonami Reactor, beginning on November 14, 2001.[1]