Rick and Morty: The Great Yokai Battle of Akihabara

Rick and Morty: The Great Yokai Battle of Akihabara

3:00 AM
Rick and Morty: The Great Yokai Battle of Akihabara (リック・アンド・モーティ 秋葉原大決戦, Rikku ando Mōti Akihabara Dai Kessen) is a Japanese original short film directed by Masaru Matsumoto and written by Naohiro Fukushima using characters from the Adult Swim series, Rick and Morty. It was produced by Sola Entertainment and animated at Yamatoworks, inc. The short film first aired, with English subtitles, on Adult Swim's Toonami programming block on October 16, 2021 at 4:15 AM.[1] It also aired on Toonami on two other occasions: November 6, 2021 at 3:15 AM and December 18, 2021 at 3:00 AM.[2]

When Rick's A.I. toaster malfunctions, there's only one place to find a replacement screw - Akihabara, Japan. Rick and Morty enter a dimensional tunnel that connects Rick's lab to Akihabara but are forced to hide from the Japanese Yokai that inhabit it. Once in Akihabara, Rick and Morty get separated when Morty is lured to a Maid cafe. Rick goes alone to his lab, which he discovers has been demolished during his 30 year absence, and enters the secret basement where he is confronted by Yamada Qsaku, Rick's self-proclaimed rival. Qsaku tells Rick about how he has continued his research into the occult in Rick's absence but Rick ignores him and Qsaku chases Rick through a portal to the streets of Akihabara.

After chasing Rick through Akihabara, Qsaku encounters Morty who tells him about the wonders of maid cafes. Qsaku is enthralled, however, his pleasure is interrupted by Rick who angrily rips up his maid cafe stamp card preventing him from receiving his "special service". In a rage, Qsaku summons hordes of Yokai to crush Rick and destroy the city. Rick and Morty are able to escape from Qsaku. However, when he captures Milk-chan, the girl from the maid cafe, Rick discovers that she is the key to finding the replacement screw he has been searching for.

Rick summons his giant mecha from beneath Akihabara to save Milk-chan from Qsaku's giant Yokai. Rick and his A.I. toaster work in sync to battle the giant Yokai, after Morty fails. However, Morty can't resist a button in the mecha that says "Do Not Press". With the mecha now set to self-destruct and blow up everything in a 40 km radius, Rick, Morty and the A.I. toaster are able to rescue Milk-chan before Rick calls in the Quick Reaction Force (QRF), which protects everyone except Qsaku from the blast. With the city mostly saved Morty receives his "special service" from Milk-chan, Rick takes the screw he needs for his toaster and the two return home. 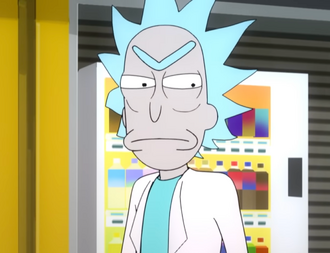 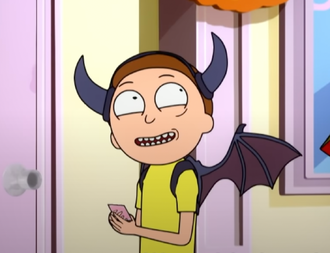 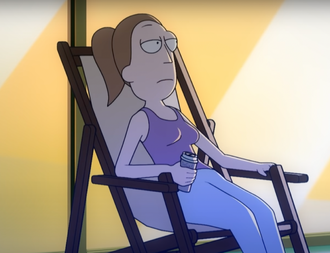 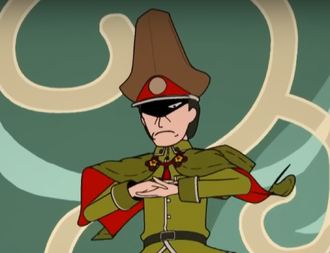 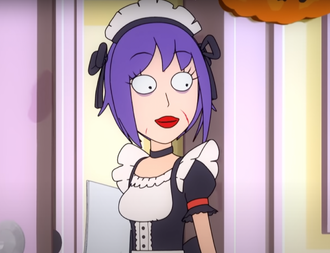 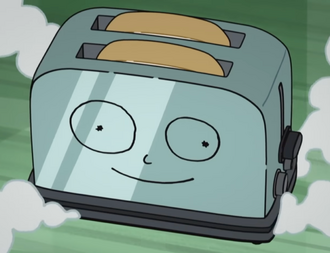 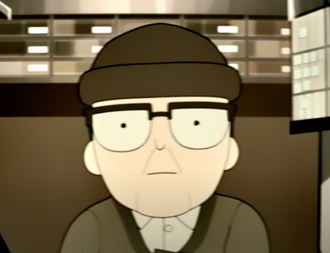 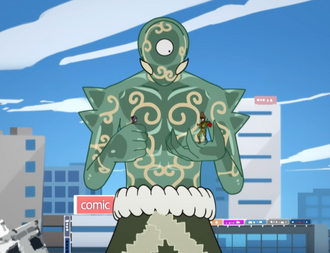