Rick and Morty VS. Genocider

Rick and Morty VS. Genocider

3:45 AM
Rick and Morty VS. Genocider is a Japanese original short film written and directed by Kakashi Sano using characters from the Adult Swim series, Rick and Morty. It was produced by Sola Entertainment and animated at Telecom Animation Film.

The short film aired unannounced, with English subtitles, on Adult Swim's Toonami programming block during Adult Swim Con: Toonami Edition on July 25, 2020 at 12:30 AM. The film also aired unannounced on Toonami, with English subtitles, on two other occasions: August 15, 2020 at 3:10 AM, during Toonami: Dark Knights, and November 6, 2021 at 3:45 AM.

Morty is sent to Japan by the council of Ricks to prevent his Rick (Rick C137) from joining forces with the "Genocider". A being that eliminates existences by altering the past and manipulating memories. When Morty arrives in Japan he heads for the last city left, Shinjuku Kabukicho, a city of sex, violence and gambling. Upon reaching the city, Morty discovers his grandpa Rick in a lab. After killing one of his clones, Rick tells Morty that the Genocider is actually his creation. He also gives Morty a drug to use after he is gone.

Rick is then abducted by the council of Ricks mothership, as agents teleport in to surround him. Rick reveals that he knew they would come and chomps on a drug that gives him super powers. As he flies around avoiding their blasts, the Rick clones accidentally fire upon their own ship. As the ship crashes, destroying the city, the Council of Ricks leader Evil Morty declares the mission complete as there is no way Rick could have survived.

Back in the lab where Rick left Morty, an answering machine clicks on. It's Jerry calling Rick to let him know that the baby has just been born…it's a boy, they named him Morty. 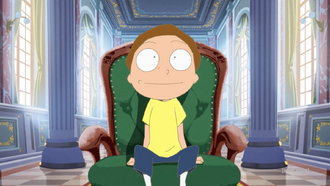 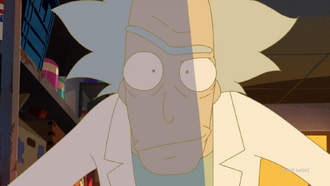 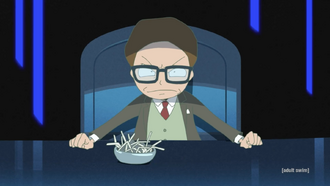 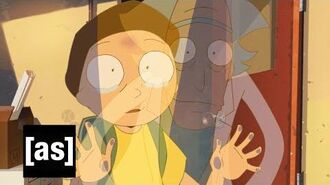