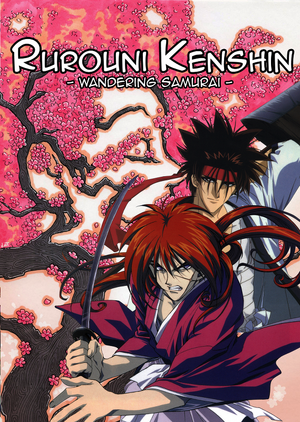 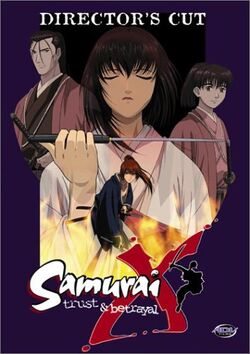 The OVA series is based on chapters 165 to 179 of the Rurouni Kenshin manga written and illustrated by Nobuhiro Watsuki. It chronicles the story of Himura Kenshin as the Hitokiri Battōsai during the years of the Meiji Restoration while also revealing the origins of his famous cross-shaped scar as well as his role as a legendary assassin of the Imperialist cause, and explaining his relationship with a woman named Yukishiro Tomoe, who would become his first wife. Kenshin's fated first encounters with his master, Hiko Seijūrō, and his future rival, Saitō Hajime are also depicted. 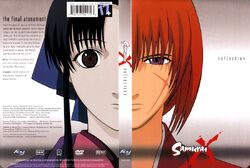 Rurouni Kenshin: Reflection, known as Rurouni Kenshin: Seisōhen in Japan, is the second OVA series of the Rurouni Kenshin anime television series, acting as its sequel. It was directed by Kazuhiro Furuhashi and written by Reiko Yoshida, and was released in Japan in 2001.

The OVA series is set both during and after the timeline of the television series and tells of Kenshin and Kaoru's later days, much of which is not derived from the Rurouni Kenshin manga. It is mostly told from the point of view of Kamiya Kaoru. The story follows Himura Kenshin as he attempts searching for ways to atone for those who died at his hands, while Kaoru waits for Kenshin to return home. Kenshin's actions, however, alienate him from his estranged son, Kenji.