The Japanese version was released on December 4, 1994, around the same time as the third arc of the Sailor Moon anime, Sailor Moon S. The events portrayed seem to take place during approximately the same time period - presumably during the mid-to-late episodes of the season.

An English dubbed version, produced by Pioneer and Optimum Productions, was released on VHS on May 23, 2000. The film's English adaptation was released both edited and unedited. The edited version, seen in the VHS and television formats, used the original DIC music from the series, and had the transformation sequences airbrushed to remove bodylines that were tracing the characters' breasts. Luna's transformation into a human is cut short removing the growth of her breast and keeping the screen above her breast as well. The uncut version, only seen in the DVD release, kept the original Japanese music and bodylines as well as the full version of Luna's transformation into a human.

Princess Snow Kaguya arrives on Earth in an attempt to cover the world in ice, after her initial failure several years ago. A piece of her comet has been lost and she cannot proceed without it. She sends her minions, the Snow Dancers, to search for the missing fragment. A young astronomer named Kakeru Ōzora finds the fragment and keeps it in his observatory to study if further.

Meanwhile, the Sailor Scouts are enjoying a day in town. Luna develops a cold and leaves the Scouts to go back to Serena's house. On the way there, she collapses while crossing the road, and is almost hit by a car, but is rescued and nursed to health by Kakeru. Luna then develops strong romantic feelings for him, even kissing him on the cheek in his sleep, leaving Artemis feeling rejected. Luna herself ends up with unrequited love because it turns out that Kakeru has a sweetheart and girlfriend of his own, an astronaut named Himeko Nayotake, and more importantly, because Luna is a cat. It turns out the two are unhappy because the scientific Himeko cannot come to terms with Kakeru's belief of the existence of the mythological Princess Kaguya; Himeko later leaves on a space mission without reconciling with him.

The shard of the comet that Kakeru collected attaches itself to his life force, and begins slowly stealing his life-force energy, causing him to become very ill. Princess Snow Kaguya later takes the shard, but because it is linked to his life-force, he is brought even closer to death when Snow Kaguya throws the shard into the Pacific Ocean and creates an enormous ice crystal that will continue to draw away Kakeru's life force energy until he dies. She and her Snow Dancers then begin to freeze the Earth. The Sailor Scouts attempt to stop her, but none of their attacks seem to work, as every time they destroy the Snow Dancers, Kaguya keeps reviving them using the crystal. Just before Snow Kaguya could finish the soldiers off, Sailor Moon tries to stop her and uses the Purity Chalice to transform into Super Sailor Moon. She uses her Rainbow Moon Heartache, attack but is easily overpowered by Kaguya's greatly enhanced strength and power. Determined to protect the Earth, Super Sailor Moon prepares to activate the Imperium Silver Crystal's immense energy and power. All of the eight Sailor Scouts along with Sailor Mini Moon, combine their Sailor powers and abilities all at once to activate the Legendary Silver Crystal's immense power, which destroys Princess Snow Kaguya, her Snow Dancers, the ice crystal in the ocean, and her comet once again.

When the nine Sailor Scouts defeat Princess Snow Kaguya, Sailor Moon wishes for Luna to become Princess Kaguya. Kakeru, worried about Himeko's safety, had been wandering in the snowstorm and is saved by Luna at the exact point Kakeru saved her, transformed into a beautiful human woman. She takes him near the moon, where Himeko, on her space mission, witnesses the odd phenomenon. Luna tells him that he needs to stop focusing on his work so much and to pay more attention to Himeko. She shares a sad loving kiss with him, then they return to normal. Kakeru takes up Luna's advice and meets Himeko, who now believes in Kaguya, at the airport. Artemis then comforts Luna and they reconcile. 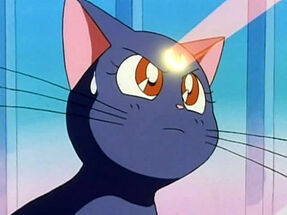 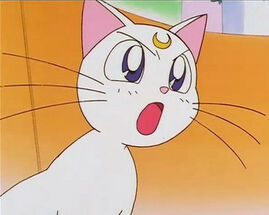 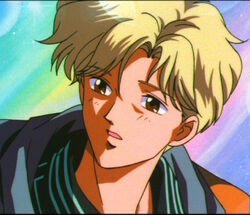 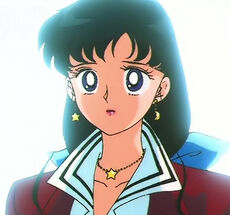 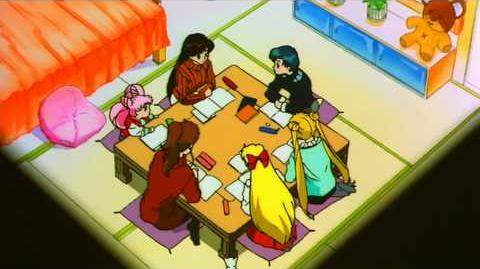 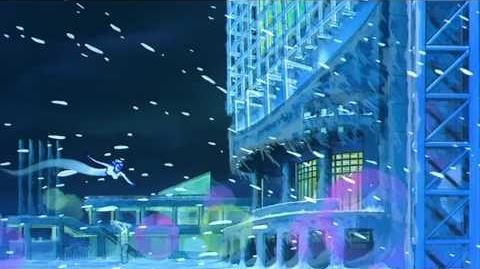