26 (List of Episodes)
Samurai 7 is a 2004 Japanese anime series, produced by Gonzo and based on Akira Kurosawa's highly regarded 1954 movie Seven Samurai. The series was directed by Toshifumi Takizawa and its music was composed by Kaoru Wada and Eitetsu Hayashi. The series consists of 26 episodes, each costing around ¥32,500,000 ($300,000) to produce.[3]

The series premiered across Japan on the anime satellite TV network, Animax from June 12, 2004 to December 25, 2004. Funimation Entertainment licensed the series for North American release in 2004 and created an English dub.[4] The series previously aired in the U.S. through the Independent Film Channel (IFC), using Funimation's dub, beginning in April 2006 and in high definition on Dish Networks Animania HD channel (also using FUNimation's dub).[5] The Funimation Channel began airing the series on September 6, 2010.[6]

Samurai 7 tells the story of a village named Kanna. Every year during the harvest, a group of bandits come and steal away almost all of the rice that had been harvested that year. Not only that, the bandits are becoming more demanding, now taking women and children in addition to rice.

The elder of Kanna Village has decided that to protect the village they must hire samurai to fight against the bandits. However, the village has no money and thus must find samurai willing to protect the village for a payment of rice. Three members of the village leave to attempt to recruit samurai. They travel to the city and search for samurai willing to work, and after finding several samurai and having a few encounters with the local government, they return to Kanna village to prepare defenses against the bandits.

Shimada Kambei — Kambei is a wise samurai who has survived many battles, though he feels no joy from them. Many of his friends have died in those battles, and he was on the losing side of many of them. He constantly lives in the shadow of his painful and violent past, rejecting Kirara after stating that his heart is dried up. He leads the group during their battles and usually plans strategy. He is the first samurai.

Okamoto Katsushiro — Katsushiro is a young and inexperienced samurai who wishes to be Kambei's student, calling him sensei almost from their first meeting. He idolizes the principles of bushido. He promises to protect Kirara no matter what, and seems to be attracted to her. He grows stronger and more skillful throughout the series, eventually becoming a worthy student of Kambei; and he also comes to terms with killing enemies, after reacting in shock the first time. He becomes strong enough to deflect the capital's main cannon, and defeated numerous bandits all by himself. He gains emotional strength as well, and understands what his true reason for becoming a samurai is. He is the fifth samurai.

Katayama Gorobei — Gorobei is a skilled samurai who has made his living since the wars' end by entertaining people on the city streets. He is also a veteran of the Great War, so he knows Kambei by reputation. He is very skilled at dodging blows and can pluck arrows and darts from the air. This ability was presumably based of the fact that in the original movie, Gorobei was able to sense (from a few feet outside the door) Katsushiro's waiting to hit him inside the hut. He often makes light of rather serious or dangerous situations. He is also quite smart, in his own unique way. He is the second samurai.

Shichiroji Momotaro — Shichiroji initially fought side by side in the Great War with Kambei, and is often referred to as "Kambei's old wife" ("mate" in the English dub). He temporarily leaves behind his successful post-war business at the Firefly Inn, and with it, his beautiful girlfriend/fiance, to join Kambei in battle once again. He has a prosthetic left hand which has a grappling hook capability with his index finger. In combat he uses a type of spear; the only samurai not using a sword. This is probably a reference to his using a spear mainly during the final battle in the original movie (though normally he carried a sword). His girlfriend, Yukino, has nicknamed him Momotaro, from the traditional Japanese tale, because she found him, badly injured after a battle, floating down a river inside a capsule reminiscent of a peach. He is the fourth samurai.

Kikuchiyo — Kikuchiyo is a cyborg with a mechanized exoskeleton. He was originally a peasant farmer until becoming a samurai to help others. He is often looked upon as a clown or a bother, as he gets angry easily and often causes trouble with his loud noise and clumsy ways. He is accepted as the seventh samurai after revealing he was also a farmer, like the peasants of Kanna. He carries the largest of the swords, which also acts as a chainsaw. He is fiercely loyal to Kambei, and, when given recognition, he returns favors fourfold. He is well liked by the villagers, especially by little Komachi, who asks him to become her husband when she grows up, a request that he accepts in return for her keeping his fake family tree.

Hayashida Heihachi — Heihachi is a genial samurai who wishes to avoid fighting as much as possible and prefers to eat rice instead. During the Great War, he took a position as a combat engineer, which kept him off the front lines but also used his mechanical skills. He is discovered chopping wood in exchange for food or devices that interest him. He is most helpful within the group as their mechanic, and orchestrates the construction of medieval-type weapons. However, he harbors a deep hatred for traitors as he was one himself, which resulted in his whole unit being killed. Within the series, he talks about the old tradition of the "seven rice kami" inside every grain of rice. He is the third samurai.

Kyuzo — Kyuzo is originally a nearly silent, mysterious bodyguard for Ayamaro. In that role, he fights with Kambei, and he later joins the group with the stated intent of saving Kambei's life so that he can later fight Kambei to the death. Kyuzo is an incredibly skilled fighter, wielding double blades that fit into one sheath on his back. He is the sixth samurai.

Kirara Mikumari — Kirara is a water maiden, a village priestess of Kanna village. She decides to go find the samurai to be brought back to her village, while admitting that she also wanted to see the outside world. She possesses a dowsing crystal on a necklace which allows her to detect the flow of groundwater and to read other's hearts.

Komachi Mikumari — Komachi is Kirara's little sister, who follows along with her and Rikichi to see the city as well as help locate the samurai. She likes the boisterous Kikuchiyo and asks him to marry her when she grows up.

Rikichi — Rikichi is a peasant of Kanna, who travels with Kirara to locate the samurai. He can often be rash because of his hatred for the bandits. He blames himself for the loss of his wife, Sanae, who has given herself up to the bandits to save the village. Kanbei promises to rescue Sanae, and Rikichi is eventually reunited with her.

The Nobuseri — The Nobuseri or bandits, are former samurai who have converted their bodies into large fighting machines during the previous war. Because they were bought out by the emperor, they rob farming villages of their rice, and occasionally women and children for the capital. Ukyo later orders the court physician to remove the bandits' souls, so they will be nothing more than mindless machines, accepting orders only from the emperor.

Ukyo — Ukyo is the adopted heir to Ayamaro. His shielded and pampered lifestyle leaves him with a self-centered yet playful attitude on life, which is really a cover for a rather calculating, manipulative, and cruel personality. He is later revealed to be the 49th clone of the Emperor and after surviving a three-day ordeal of constant questioning, Ukyo is proclaimed heir to the throne. He then murders the Emperor to succeed him and launches a plan to pit the villagers, samurai, and bandits against one another to consolidate his control.

Amanushi — Amanushi is the emperor, whose body was damaged during the great war. Thus, he bought out the samurai in an act of revenge. He also created several clones in an attempt to make a successor, including Ukyo. The reason behind the harem of women he keeps is to impregnate them with his seed in order to create more clones. 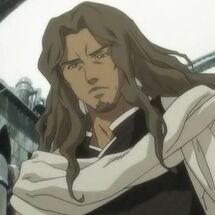 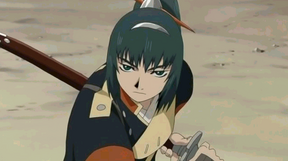 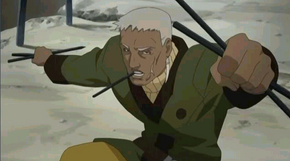 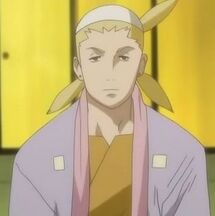 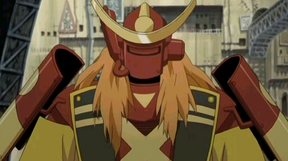 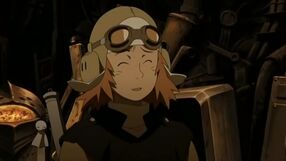 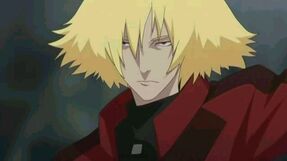 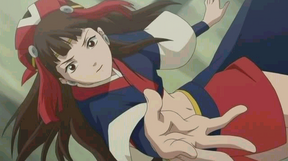 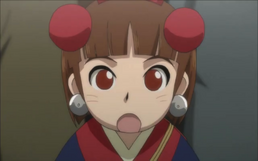 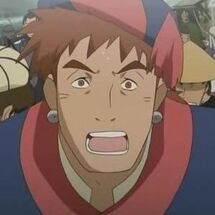 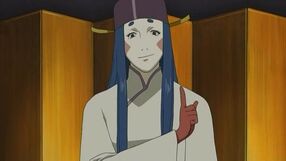 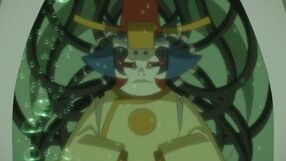 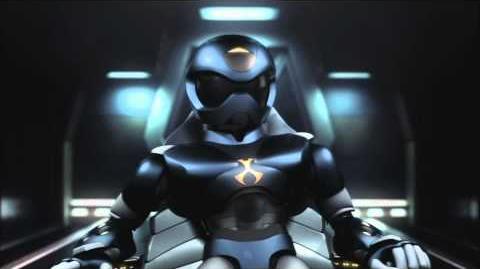 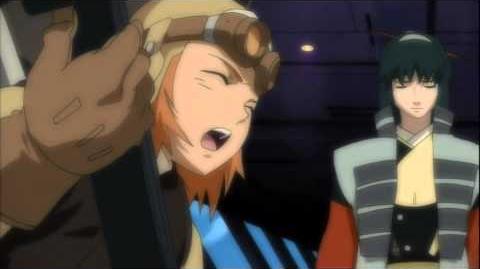 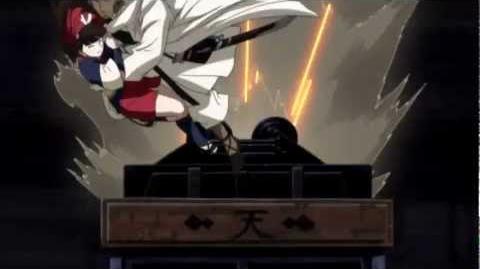 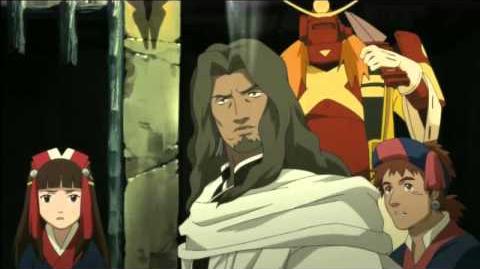 All episodes of Samurai 7 have been released in the United States on DVD and Blu Ray, including 2 different box sets that include all 26 episodes.

The series premiered across Japan on the anime satellite television network, Animax, as an exclusive high definition CS-PPV broadcast from June 12, 2004 to December 25, 2004, and was also later aired by the network across its other respective networks worldwide, including Southeast Asia, South Asia, Latin America and other regions.

The English dub of the series previously aired in the United States through the IFC, as a part of the channel's "Samurai Saturdays" block, beginning in April 2006 and in high definition on Dish Networks Animania HD channel, as part of the channel's "Animayhem" block beginning in March 2006.[5] The Funimation Channel began airing the series on September 6, 2010.[6] The series then aired on Adult Swim's revived Toonami block from August 18, 2012 to February 9, 2013.[1][2]

The series was also broadcast across Canada by specialty channel Razer and across Hong Kong by TVB Jade.[7]