October 20, 2008
Storm Hawks is a Canadian animated series created by Asaph "Ace" Fipke and produced by Nerd Corps Entertainment in conjunction with Cartoon Network and YTV. It premiered in the United States on Cartoon Network on May 25, 2007, at 7:30 PM, with a special one-hour pilot episode titled "The Age of Heroes".

Episodes from the first season aired on Cartoon Network's Toonami block from July 21, 2007[1] to October 6, 2007 and also appeared on Toonami Jetstream.

Storm Hawks is set in a fictional world called Atmos, a largely mountainous world consisting of scattered masses known as terras. Directly below the terras is the Wastelands, the most dangerous place on Atmos, with its infernal fires and wicked creatures. Because of the geography, travel is mostly dependent on flight. The technology of Atmos is based around energy-generating crystals, used to power the various devices in the series. Patrolling the skies of Atmos are the Squadrons, all led by a Sky Knight, groups of warriors who pilot motorcycle-like vehicles called Skimmers that can semi-transform into flying machines. These warriors are loosely managed by the Sky Knight Council.

In the backstory of the series, an evil ruler named Master Cyclonis and her servants, the Cyclonians, threatened Atmos. The original Storm Hawks led the Squadrons in a war against them, but were betrayed and defeated by one of their own (later known as The Dark Ace). Ten years later, the main characters of the series stumble upon the wreckage of the Storm Hawks' carrier, the Condor, and unofficially take on the Storm Hawks name in the hopes of becoming Sky Knights themselves, despite not being old enough to even legally fly the vehicle. Their youth defeats their ambition, however, as neither friend nor foe take them seriously because of it.

This changes when they are brought into conflict with a new Master Cyclonis, granddaughter of the previous one. Among her followers are the Dark Ace, the man who betrayed the original Storm Hawks and now serves Cyclonis as her right-hand man; Snipe, a mace-wielding strong man with a fondness for smashing things; and Snipe's sister, Ravess, an archer who always brings violin-playing henchmen into battle for theme music.

Aerrow — The daring leader and Sky Knight of the squadron, Aerrow is a mature, good-natured teenager with a tousled mop of bright red hair and emerald green eyes. Despite his youth, he's one of the most talented Sky Knights in the Atmos, The only one to ever beat the Dark Ace.

Piper — In charge of tactics, navigation, and crystals, Piper has excellent combat ability, and knows nearly everything about Atmos and its inhabitants. She has spiky midnight blue hair, orange eyes and is the only character thus far to take on Master Cyclonis alone and emerge triumphant through her own skills.

Finn — A wiry, wise-cracking guy, Finn is a sharpshooter with spiky blond hair and blue eyes. Finn seems to be in a perpetual sugar rush, although he attempts to act cool and collected. His personality traits are like a stereotypical surfer and/or skater. His passions are playing air guitar and flirting with hot girls, which he is hopeless at. He and Junko are always getting into trouble together, thus serving as the comic relief pair of the show.

Junko — A large, albeit gentle and good-natured person, Junko is a member of a species known as Wallops. He has greenish-blue hair and grey eyes and his appearance is similar to that of a brown anthropomorphized rhino. As the muscle of the Storm Hawks he possesses superhuman strength that is greatly increased by the use of his preferred weapons, the Knuckle Busters.

Radarr — Aerrow's close friend and co-pilot, Radarr is a vaguely rabbit/lemur-like creature of indeterminate origin and hates being called a "pet". Radarr has scruffy blue fur and yellow eyes.

Stork — The carrier pilot and a gadget specialist with crippling (though often warranted) paranoia and severe pessimism, Stork is a member of a species of green-skinned creatures called "Merbs". Though he appears menacing at first, he is quickly revealed to be easily frightened and meek, but in spite of his cowardly disposition he consistently performs his expected duties. He has stated that he is only a member of the Storm Hawks until "something better comes along," but is loyal regardless. He has jet black hair and yellow eyes with dots for pupils. 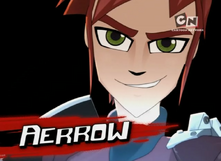 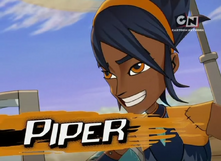 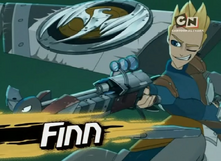 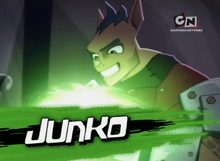 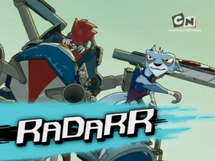 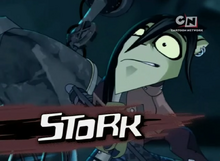 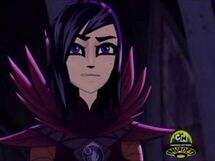 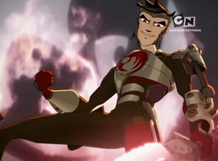 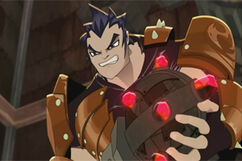 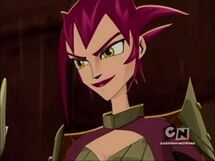 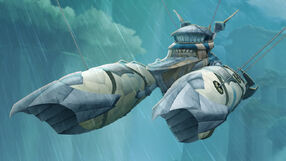 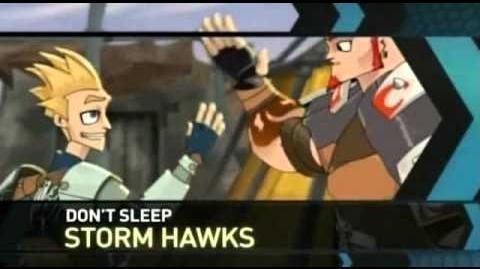 All episodes of Storm Hawks have been released on DVD in four, 2 disk, 13 episode installments.

The first season premiered in the United States on Cartoon Network on Friday, May 25, 2007, at 7:30 PM, with a special one-hour pilot episode titled "The Age of Heroes". After the premiere, new episodes aired on Mondays, beginning June 4th, as part of Cartoon Network’s summer programming line-up.[2][3] Reruns of the first season continued to air on the network through 2009 but the second season never aired on Cartoon Network in the United States. However, Disney XD later acquired the series and it began airing the full series on February 28, 2011.[4]

Reruns of Storm Hawks began airing on Cartoon Network's Toonami programming block on Saturday, July 21, 2007 at 9:30 PM, replacing Fantastic Four: World's Greatest Heroes in the lineup.[1] Episode 9 "Velocity" was the first episode aired on Toonami, as it was the most recent episode to premiere on Cartoon Network (July 16th). Episodes 10 and 11 aired the following two weeks but instead of airing episode 12 on August 11th Toonami decided to air episode 8 instead. The series was pre-empted from August 18th-25th by the Naruto Hundo marathon and the two-hour Megaman Star Force presentation.

The series returned to the lineup on September 1st and episodes began making their world premiere in Toonami's 8:00 PM time slot beginning with episode 14 (12 and 13 were skipped). However, the series was pre-empted again the following week by back-to-back movie presentations of Naruto the Movie: Ninja Clash in the Land of Snow. From September 15th-October 6th, four additional episodes made their world premiere on Toonami (episodes 15-18). Subsequently, Toonami was shortened to 2 hours forcing Teen Titans and Storm Hawks to be removed from the lineup. Only 9 total episodes aired on Toonami. After Toonami's cancellation Storm Hawks began streaming on Toonami Jetstream on October 20, 2008, with episodes added weekly.