7:30 PM
Superman: Brainiac Attacks is a 2006 direct-to-video animated film, written by Duane Capizzi and Christopher Simmons, and directed by Curt Geda with production designs based on Superman: The Animated Series from Warner Bros. Animation, released on June 20, 2006. The film features Superman battling the forces of Lex Luthor and Brainiac and also focuses on the relationship between Superman and Lois Lane.

Though the film's visual style is the same as Superman: The Animated Series (as are the majority of its returning voice cast), it is not in continuity with the DC Animated Universe. Writer Duane Capizzi stated that this was indeed a film for children and was not intended for the adult audience that the animated series had been written for (despite being marketed as a Saturday morning show). He said that he and the creative team simply "borrowed" the designs of the former television show.

Lois Lane and Jimmy Olsen are sent to one of Lex Luthor's laboratories after Brainiac arrives on Earth on a meteor, successfully dodging the attempts made by Luthor's satellite to destroy any potential damage to the Earth (in an attempt to boost his popularity against Superman as the true hero of the people). Superman shortly arrives and finds Brainiac downloading data from the computers with information relating the various forms of weaponry from LexCorp, including the laser-equipped meteor shield that had attempted to destroy Brainiac earlier. Using his ice-breath, Superman is able to seemingly destroy Brainiac, after Superman and Brainiac engaged in battle.

Witnessing the incident, and how his satellite could be used as an effective weapon against Superman, Luthor gathers a piece of Brainiac's remains and takes it to LexCorp where Brainiac is revived. There, Luthor proposes that Brainiac, with the technology of LexCorp as well as Kryptonite, defeat Superman, and then Luthor could step in to chase Brainiac away from the Earth, in front of the world to make him appear as Earth's true hero, where he will then be free to conquer other planets. Brainiac accepts the agreement, and proceeds to rebuilding and improving himself.

Meanwhile, Clark Kent contemplates the idea of revealing his secret identity to Lois. The opportunity presents itself when editor, Perry White, due to staff shortages, sends both Kent and Lane to review a restaurant in Metropolis. However, it is during this time that Brainiac returns. Among his improvements is the ability to track down Superman based on his DNA. After another fight between Superman and Brainiac, Superman has been significantly injured, and infected, by Brainiac's power rays and Lois is injured in the process where it is revealed that her blood has been infected with a metallic-based poison, that if not treated would prove fatal.

Feeling guilty, Superman obtains a sample of Lois' blood from the hospital and returns to the 'Fortress of Solitude' where he analyzes Lois' blood using his Kryptonian technology. It is then when Superman discovers that the only cure for Lois' condition is to obtain a chemical substance from the 'Phantom Zone'. However, Brainiac is able to locate Superman in his Antarctic retreat, and attempts to downloaded the information of Krypton from Superman's computer. Superman then initiates a self-destruct sequence. Brainiac, not being able to locate Superman, presumes that he has been killed in the explosion. Superman had in fact gone into the Phantom Zone in order to find the chemical that would not only cure Lois and heal himself, but provide him with increased strength against Brainiac.

Brainiac returns to Metropolis where Luthor awaits in order to fulfill their agreement. Brainiac however, intends to kill Luthor in order to conquer Earth, and had even removed the self-destruct component that Luthor had planted should Brainiac double cross him. Returning to Metropolis, Superman and Brainiac fight. Superman seemingly defeats Brainiac and then returns to the hospital in order to cure the ailing Lois. However, Brainiac is able to destroy the chemical that would cure Lois, before Superman finally destroys Brainiac.

With the cure now destroyed, Lois faces certain death due to her illness. Superman, regretting never telling Lois his true feelings then embraces her. It is then that his tears, containing the chemical that healed him earlier, makes contact with Lois, curing her. Later, back in the arctic, Superman recovers a piece of his destroyed Kryptonian technology and aims to rebuild his fortress. He then vows to quit his job at the Daily Planet in an attempt to prevent future harm to his loved ones, should any of his enemies discover his secret identity.

The film ends with Luthor facing criminal prosecution after the discovery of LexCorp's involvement with Brainiac attack, and Lois Lane racing to cover the appearance of Mr. Mxyzptlk in Metroplois. Seeing Lois' eagerness to put herself in harms way in order to cover a story, Superman goes back on his earlier decision to quit the Daily Planet so that he can be with Lois, and be Metropolis' protector against the most powerful threats from the universe. 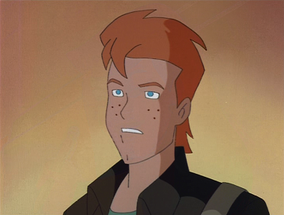 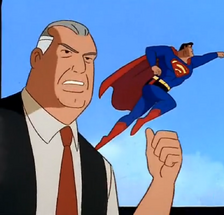 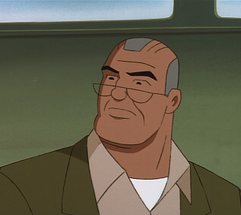 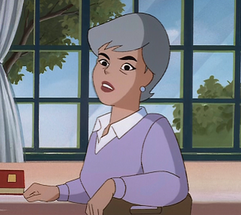 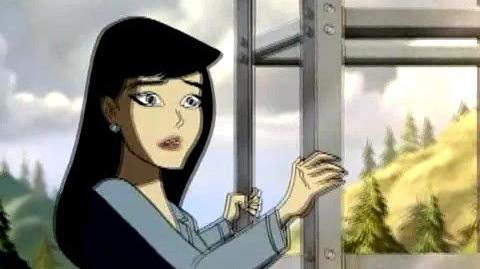