9:00 PM
Superman: Doomsday is a 2007 American direct-to-video animated superhero film, adapted from the popular DC Comics storyline, "The Death of Superman", focusing on the supposed death of Superman. The film is rated PG-13 by the Motion Picture Association of America for action violence and is the first in the DC Universe Animated Original Movies line released by Warner Premiere and Warner Bros. Animation. It was followed by Justice League: The New Frontier. Superman: Doomsday was exclusively available on DVD with a collectible packaging depicting Superman bursting through the movie's logo. It was the only film in the series originally released without a special edition. Warner Home Video released a new "Special Edition" Blu-ray and DVD, featuring new bonus materials on November 25, 2008.

The film's generous amount of violence and adult language garnered a PG-13 rating from the MPAA. This is the first time an animated Superman project has ever received such a strong rating. Most of the more visceral deaths take place off-camera (for example, Doomsday snapping the neck of an Armed Forces soldier) however the fight sequences are very intense. During the Doomsday/Superman fight, Superman coughs a puddle of blood onto the ground, perhaps the most visual use of blood in the entire film.

Despite similar animation styles, the film used new animation models, and is only loosely based on the DC Animated Universe that lasted from 1992-2006, with a few allusions to the older series, as well as the Fleischer Superman series, found in the Fortress of Solitude. The film was released on September 18, 2007. Before the DVD release, the movie was first screened at the San Diego Comic-Con on July 26, 2007. The movie made its U.S. broadcast premiere on Cartoon Network's Toonami block on Saturday, July 12, 2008 at 9:00 PM.[1]

Leading up to the July 12th premiere, there was some confusion about whether the movie would be airing as part of the Toonami block, as the promos for the movie did not include any reference to Toonami, which is unusual for a Toonami promo. However, in the intro before the movie, TOM (Steve Blum) can be heard introducing the movie to the viewers.

When the movie aired on Toonami, it received many edits to mitigate the blood, violence, and language. Parts of the fight between Superman and Doomsday were cut entirely as well as the off screen suggestives. In fact, no actual punches between the human combatants were shown, nor were Doomsday's blows whenever they struck Superman. It received a TV-PG DSV rating for its Toonami rating and a parental advisory warning. This is inconsistent with other animated programs they were airing on the block at the time, notably the Hellboy animated movies and Princess Mononoke.[2]

The film opens with a narration by Lex Luthor (James Marsters), highlighted by images of Superman doing heroic deeds. Lex describes Superman as a god on Earth, but insists that "there comes a time when even gods must die."

Lois Lane (Anne Heche) and Superman (Adam Baldwin) are romantically involved, but Lois is unsatisfied with the arrangements of their relationship. Superman insists that they keep it a secret from the public by limiting their encounters to the Fortress of Solitude, and he has not yet confided in her that he is actually Clark Kent, although she already suspects. Workers from LexCorp unearth a spaceship while digging for one of Lex's projects, inadvertently releasing a genetically-engineered supersoldier known as Doomsday. Doomsday kills the entire digging crew and begins a bloody rampage towards Metropolis. He kills a deer, a dog, the dog's owner, and a truck driver (it is implied that other people fell victim to his homicidal fury, as well.) Superman meets the monster there and the two engage in a devastating cross-city battle. Superman ultimately kills Doomsday, but succumbs to his own injuries and dies in Lois' arms.

The world collectively mourns their fallen hero, and Metropolis honors him with a memorial. Lex, having previously ordered his assistant Mercy Graves to cover up LexCorp's involvement in releasing Doomsday, kills her to ensure that no one but himself knows the truth. Superman's friends cope with his death in various ways: Jimmy Olsen takes a job at a seedy tabloid newspaper called National Voyeur; Perry White becomes an alcoholic; and Lois visits Martha Kent for counsel.

In Superman's absence, Metropolis is overwhelmed by emboldened criminals. At one point, Toyman uses a giant mechanical spider to hold a bus full of students hostage. Lois, still grieving, decides to get the children out on her own. As she does, Toyman tries to kill her and a little girl by throwing the bus over a building. As it happens, Superman apparently digs out of his grave, saves Lois, and apprehends Toyman. However, he does not seem quite the same, missing Lois' apartment as he flies her home and acting surprised when she kisses him. She dismisses it as shock from his supposed "death". When she receives a call from Martha wondering why Clark has not called home, Lois becomes suspicious.

The resurrected Superman is revealed to be a clone, created by Lex from a blood sample retrieved after Superman's battle with Doomsday. As such, the clone's knowledge is merely what Lex has programmed into him. Lex is keeping the real Superman's body preserved in a tube for his personal amusement, unaware that Superman is still barely alive. He also periodically tortures the clone Superman in a special lead-lined red-sunlight room (to show the clone who is boss, and out of frustrated desire to have killed the real Superman). A robot from the Fortress of Solitude recovers the body and begins restoring Superman to health, a fact Luthor discovers when his surveillance monitors register a signal disruption of several seconds. Meanwhile, the Superman clone's attitude darkens when he hears about Toyman killing a four-year-old girl, and in retaliation kills Toyman as he is being escorted to jail. The city is stunned, and Lois suspects he is not Superman. The clone begins threatening the populace into abiding by the law, convinced that terror will prevent crime. The police can do nothing to stop him.

Upon returning to Lex, the clone is berated for his behavior. Lex orders him to find the real Superman's corpse and threatens to kill him if he goes out of line again. Instead, the clone deduces the mechanism behind Lex's threat — a lead-shielded kryptonite pellet in his brain — and removes it, then sets off to deal with Lex. At the same time, Lois discovers the true nature of the clone after tranquilizing Lex and searching his files with Jimmy's help. She and Jimmy discover that Lex is cloning an army of Supermen. (Luthor's cloning technology had undoubtably improved since the earlier attempt resulted in the creation of Bizarro). After Lex awakens and almost shoots them both, the original clone arrives. He saves Lois and Jimmy and destroys the cloning facility, killing all the yet-to-be- awakened clones. Unable to kill the clone, Lex tries to hide in the special room, hoping to lure him in, only to have the clone instead lock him inside and toss the entire room to the street. This latest presumed murder triggers military action. The military attempt to kill the Superman clone, but they fail as the entire force is eradicated by the clone's heat vision.

The robot has revived Superman and has him undergo intensive rehabilitative exercises under concentrated solar energy to bring his power level back to max.

Hearing the news, the real Superman resolves to help, even though his powers are not yet fully restored. To improve his odds he dons a black sunlight-absorbing "Solar Suit" and brings a kryptonite gun (built by Lex Luthor) his robot retrieved from his archives. The two engage in a massive battle, with Superman's kryptonite gun failing to hit the much faster clone. Jimmy and Lois grab the kryptonite gun to help Superman, though still unsure if he is the real deal or not. The fight culminates at Superman's memorial, where Lois manages to hit the clone with a kryptonite blast. The clone destroys the gun, leaving only the kryptonite canister. As the two Supermen continue their battle, the canister sticks to the clone's chest with mud, and Superman vaporizes it with his heat vision. The clone, overcome by the kryptonite vapor, falls under the memorial stone he was holding. Before dying, he tells Superman to protect the people. Lois is sure of the real Superman once he kisses her, and the crowd is similarly happy that Superman is back.

At Lois' apartment, Superman sees that she misspelled "resurrection" in her article. He mentions winning a spelling bee at Smallville Elementary, revealing himself to be Clark Kent. Lois is caught off guard, but the two share a smile and she happily embraces him. At LexCorp, a critically injured but alive Lex narrates the ending, saying how history has proven that gods can die, but they can also return from the dead. He smiles to himself, musing that there may still be a way for him to destroy Superman. 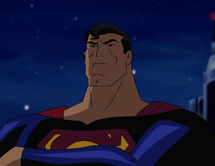 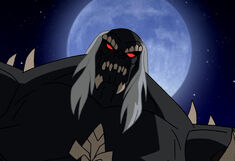 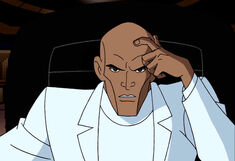 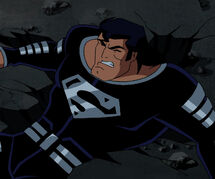 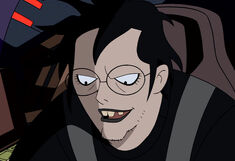 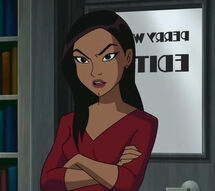 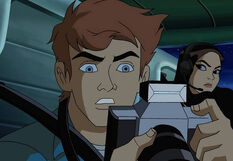 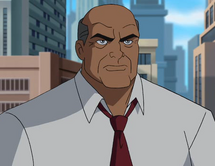 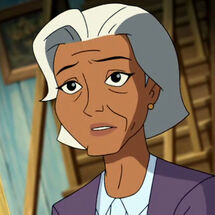 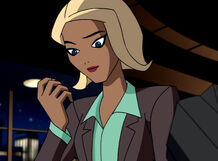 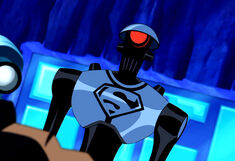 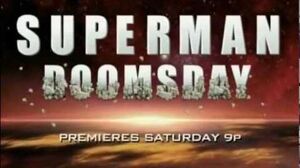