March 8, 2014[2] - July 19, 2014
Sym-Bionic Titan is an American animated action science fiction television series created by Genndy Tartakovsky for Cartoon Network. The network initially ordered 20 episodes but Tartakovsky had hoped to expand on that. However, the series was not renewed for another season due to the shows lack of "merchandising potential".[3]

On September 22, 2014, it was revealed that the series was written off by Cartoon Network, meaning it will never air on Cartoon Network (or Toonami) again.[4]

Tartakovsky drew inspiration for the series from many sources. He grew up with mecha anime series from the 1970s and 1980s like Speed Racer, Star Blazers and Voltron and states: "For whatever reason, I have always loved the idea of kids driving giant robots." His biggest influences were John Hughes movies like Sixteen Candles and The Breakfast Club, but the relationship between the two teenage leads was also inspired by Hayao Miyazaki's Castle in the Sky.[5]

Tartakovsky came up with Octus and the high-school setting first and then later together with co-creators Paul Rudish and Bryan Andrews added Ilana and Lance as protagonists. The creators of the show took a long time to develop the female lead, Princess Ilana. "A positive strong female character is something I've always wanted to create", Tartakovsky said. Tartakovsky calls Sym-Bionic Titan "the most challenging project I have ever done."[5]

The show was not renewed for a second season but Tartakovsky subsequently revealed that he and his crew had written 10 more episodes before the show was cancelled.[6]

Billed as "an exciting hybrid of high school drama and giant robot battles", Sym-Bionic Titan features "the adventures of three beings from the planet Galaluna who crash-land on Earth while attempting to escape their war-torn world." The series follows the lives of Ilana, Lance, and Octus, two alien teens and a robot in the form of a humanoid who arrive on Earth, an "identical" planet to Galaluna, while fleeing an evil general who has taken over their home planet with the help of monstrous creatures called Mutraddi.

The three main characters include Ilana, princess of the royal family; Lance, a rebellious but capable soldier; and Octus, a bio-cybernetic robot, all of whom must now blend into everyday life in Sherman, Illinois. Posing as high school students, Lance and Octus work to conceal Princess Ilana from General Modula and his hideous space mutants sent to kill the sole heir of Galaluna. When called into battle, the Galalunans are outfitted with individual armor that provides more than ample protection. It is when the gravest of danger appears that Octus activates the sym-bionic defense program and he, Ilana, and Lance unite "Heart, Body and Mind" and come together to form the spectacular cyber-giant Sym-Bionic Titan.

The three main characters include Ilana, princess of the royal family; Lance, a rebellious but capable soldier; and Octus, a bio-cybernetic robot, all of whom must now blend into everyday life in Sherman, Illinois. Posing as high school students, Lance and Octus work to conceal Princess Ilana from General Modula and his hideous space mutants sent to kill the sole heir of Galaluna. When called into battle, the Galalunans are outfitted with individual armor that provides more than ample protection. It is when the gravest of danger appears that Octus activates the sym-bionic defense program and he, Ilana, and Lance unite "Heart, Body and Mind" and come together to form the spectacular cyber-giant Sym-Bionic Titan.

Corporal Lance — On Galaluna, Lance was the most talented soldier in his military unit, but also the most rambunctious. With an inherent disregard for authority, Lance is often lost in his own angst and turmoil. However, on the battlefield he is a quick and capable warrior. Lance’s father was a top scientist who disappeared in a mysterious accident when Lance was very young. After this, Lance had a troubled life in school before proving himself as a warrior and joining the military. The King of Galaluna chose Lance as his daughter’s protector on Earth, and during this mission the two become close friends. The rebellious attitude that caused him so much trouble back home becomes the reason of his popularity at Sherman High. Lance uses the "Manus armor", capable of materializing short-range weapons such as swords, with built-in guns and missiles. Lance is the "body" of Titan.

Princess Ilana — Ilana is the daughter of the King and sole heir to the throne of the planet Galaluna. She has always been a symbol of hope and happiness for the citizens of Galaluna, and it is for this reason that evil forces hunt her on Earth; her very existence is enough to rally a rebellion against her people’s oppressors and for that she must be destroyed. Ironically, the outspokenness and earnestness that made her a hero to her people has made her unpopular at school on Earth. Despite this, Ilana is determined to make the best of her new life and to discover all she can about her adopted home. Ilana uses the "Corus armor" system, which can project lasers and force fields. She is the "heart" of the Sym-Bionic Titan.

Octus — Octus is the latest android model developed by a group of Galaluna’s top scientists. A thinking organic machine capable of changing his shape, Octus is able to adapt to any situation. He is an analytical observer, defining and recording data for further research and categorization. When Princess Ilana is threatened, Octus can utilize a number of defensive tactics including energy bolts and piercing sonic disruptions. He can develop new abilities, such as super speed, if the situation calls for it. When a threat exceeds Octus’ individual abilities he is able to unite with Ilana and Lance's armors to form the Sym-Bionic Titan, becoming the "mind" of the giant robot. In an effort to assimilate on Earth, Octus can cloak himself with a variety of holograms. In school, he adopts the persona of a stereotypical "nerd" named Newton, (after Sir Isaac Newton). At home, Octus uses a "Dad" hologram. While this is initially intended to function as a ruse for parent-teacher conferences and other events necessitating parental participation, Octus begins acting more like a real father as the three spend time on Earth, often mediating fights between Lance and Ilana and helping them to see things from a different perspective. As Newton, he also undergoes changes, discovering his emotions and developing a liking for the cheerleader Kimmy that he himself cannot explain.

Solomon — Solomon is the leader of the Galactic Guardian Group (more commonly known as G3), an independent group dedicated to handling alien threats, which he initially sees in both Titan and the monsters it fights. He knows the identities of Ilana, Lance, and Octus since he saw surveillance videos of Lance wielding his Manus armor and had them confiscated. He appears to have an understanding of "Titan's" good intentions as shown when he allowed Titan to flee when it defeated the fire monster and smiling when Octus played the friendship song. Solomon stated that he is tracking General Steel's actions and warns him not to mess with foreign species, which Steel ignores. However, his true motives are currently unknown. In "The Fortress of Deception", he captures Lance and Ilana and outruns Octus. He later assumes a false identity "Kane" (a reference to pulp witch-hunter Solomon Kane), who is a prisoner and ex-member of G3. Kane later guides the group to their armor, and later, Octus comes and they form Titan. Solomon then secures Titan in a giant trap, reveals his identity, and demands answers, but Titan manages to escape. He also has a fighting style similar to Lance's, but even though G3 uses Galalunian-like technology, he still appears to have no knowledge of the Galalunians and their purpose. He also secretly works for a currently unknown individual with a metal hand (which looks exactly like a Manus armor hand implying this man may somehow be Lance's father who had gone through the rift gate many years earlier) who might be the true leader of G3. G3 also cleans up the remains of the giant Mutraddi monsters that Titan has already destroyed. After being rescued from the Electric Entity by the group, he offers to help them. They eventually agreed and stayed with G3 while they tried to restore Octus.

General Julius Steel — General Julius Steel is in charge of many of the armed forces, and is portrayed as the stereotypical "shoot first, ask questions later" soldier. He too sees Titan and the monsters it fights as a threat, but he also hates Solomon due to their competition of dealing with alien threats. He stated in an interview that Titan was the one who brought the monsters to Earth, and intends to destroy it so that more monsters would not appear (which is true in some way, given the fact that Modula is sending them to Earth to destroy the princess). His desire to destroy Titan may be an obsession, demonstrated when he completely ignored safety protocols to cut open a mysterious rock, which resulted in a cloud of destructive power. Even after Titan stopped it, Steel still seems to be obsessive over the destruction of Titan. Steel is very stubborn and dimwitted, even to fire his pistol directly at a mutraddi creature. 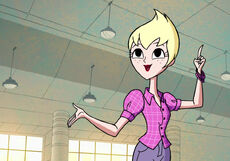 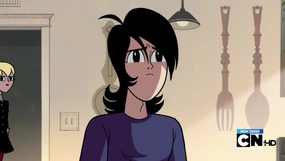 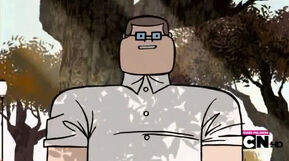 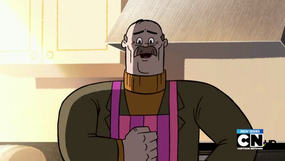 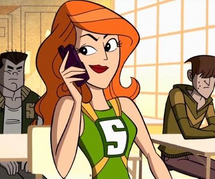 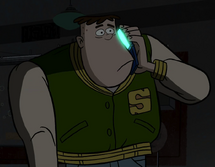 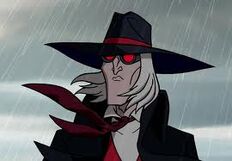 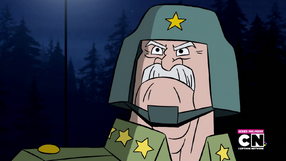 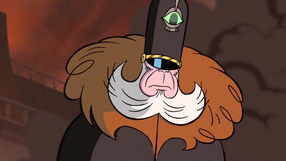 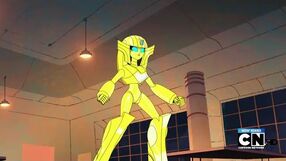 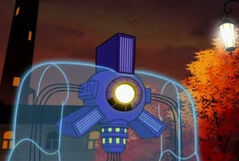 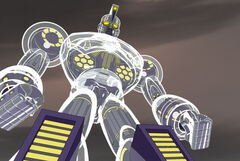 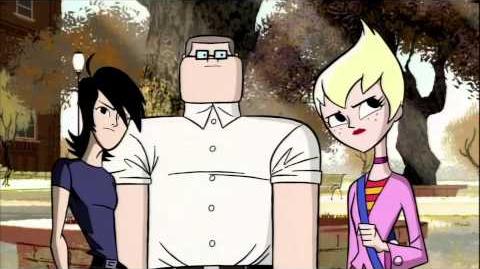 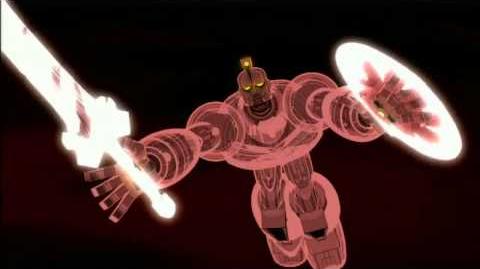 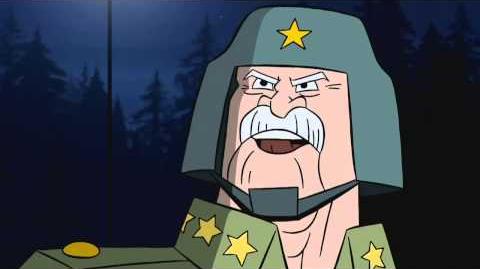 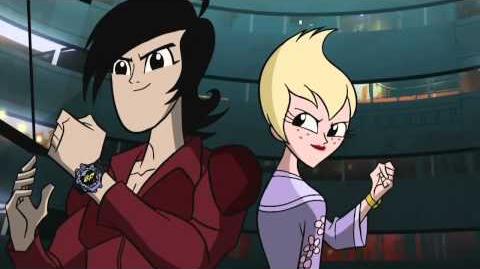 The entire series was released on DVD in Australia from Madman Entertainment on April 6, 2016, five years after the show's cancellation.[7] In the United States, all 20 episodes are available for purchase on iTunes and the Windows Store.

Sym-Bionic Titan originally aired on Cartoon Network from September 17, 2010 to April 9, 2011. From October 6, 2012 to July 20, 2013, reruns of the series aired on Adult Swim. The series returned to Adult Swim for a second run which began on March 8, 2014. Sym-Bionic Titan aired on Adult Swim for the final time on July 19, 2014, and was later written off by Cartoon Network for tax purposes in September.

Reruns of Sym-Bionic Titan were added to Adult Swim's Toonami programming block at 2:00 AM on October 6, 2012, when Toonami began to fill the entire six hour programming block without rerunning the first three hours from 3:00-6:00 AM.[1] The series moved to the 2:30 AM time slot on December 1, 2012 but returned to 2:00 AM just two weeks later on December 15, 2012. The final episode of the series made its Toonami premiere on February 16, 2013 and reruns began airing the following week (February 23rd). The series was pre-empted for two weeks in March of 2013 due to the beginning of daylight savings time (March 9th) and Toonami's 16th anniversary presentation of Evangelion: 1.11 You Are (Not) Alone (March 16th). On April 27, 2013, the series moved to the 3:30 AM time slot.[10] The series was removed from Toonami after the July 20, 2013 broadcast and was subsequently replaced in the lineup by season two of The Big O.[11]

The series returned to Toonami at 5:30 AM on March 8, 2014, replacing Inuyasha in the lineup.[2] The series was removed from Toonami after the July 19, 2014 broadcast and was subsequently replaced in the lineup by Cowboy Bebop.