Consumed by the Intruder

TOM 2
TOM 1 was the second host of Toonami, after Moltar, and the first incarnation of TOM. This version of TOM remained in service for just over 1 year, from July 10, 1999 to September 21, 2000, when he was replaced as host by TOM 2.

TOM 1 was a small, pudgy robot with his feet, hands, and head connected to his body by thin black joints. His body had a digitigrade construction, resulting in backward knees. TOM 1 had a white and blue color scheme with lights embedded onto his hands and a glowing symbol on his stomach. His un-proportional body caused him to have an overall slow walking speed. He was unable to equip jetpacks on his own, requiring (forceful) assistance from the Absolution to attach them to his back, which TOM complained about. TOM also had a scope mounted onto the left side of his helmet, although the purpose of this was never explicitly shown.

TOM 1 made his broadcast debut on Saturday, July 10, 1999, five minutes before the first Midnight Run broadcast at approximately 11:55 PM. After ascending to the bridge of the Absolution he made his first speech:

“So it's a brand new Toonami, but the mission objectives remain the same. My name is TOM. I'm the new Moltar. Welcome aboard the Ghost Planet Spaceship Absolution, Cartoon Network's first and only interstellar broadcast and exploration vehicle. I'll give you the tour later. From this day forward she is completely responsible for all Toonami transmissions. I'm takin' you guys into the new millennium! No big changes now, same show, same attitude; new place to do it, new guy to do it with. I'm not going to waste any more time, let's get back into it. Later.”

TOM hosted Toonami alone until SARA and the Clyde 50s were introduced during the first episode of the Toonami Total Immersion Event The Intruder in September of 2000. After more than a year as host of Toonami, the original version of TOM met his end during the events of The Intruder, when a mysterious red blob invaded the Absolution. When TOM went to investigate, the blob sent him flying out into deep space. After returning back to the ship, TOM attempted to destroy the blob, but his laser blaster was ineffective against it.

Ultimately, the blob engulfed TOM inside an elevator and consumed him. However, this was not truly the end of TOM, as his consciousness and memories were transferred to a new body and he was reborn as TOM 2. TOM 2 managed to banish the blob from the ship after it had overtaken the Absolution's starboard engine. Unfortunately, over time the Intruder melded with TOM 1's remains, slowly forming a mutated combination of the two. Merging the blob's physiology and predatory instincts with what remained of TOM's programming and personality. With its newfound knowledge, the mutated Intruder/TOM 1 creature went on a manhunt across the galaxy, hunting down the only creatures to ever escape its hunt; TOM and SARA.

Like his predecessor, Moltar, TOM 1 often delivered motivational, introspective speeches interspersed with clips from Toonami's shows. A practice that later incarnations of TOM (TOM 2, TOM 3, and TOM 4) would not follow. In total, TOM 1 delivered 6 Toonami speeches:

As host of Toonami, TOM 1 delivered a total of 18 video game reviews. During his hosting period, the rating system used for game reviews changed from 5 to 10. 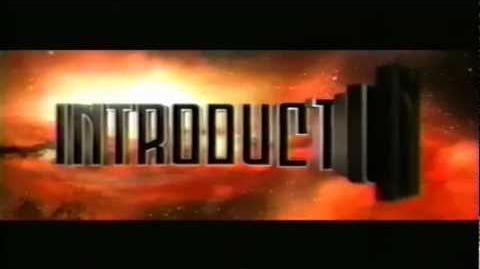 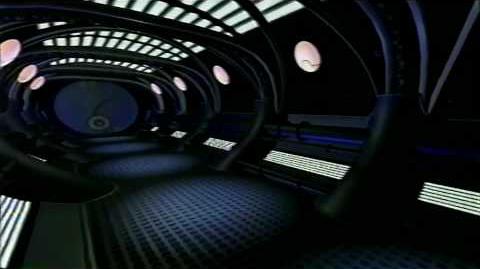 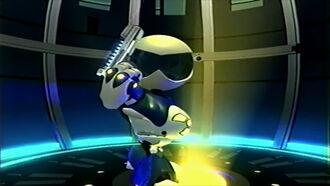 TOM 1 from "The Intruder" 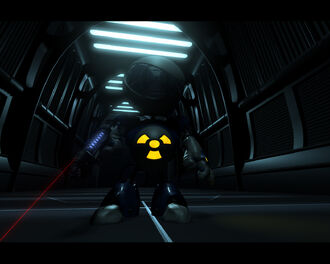 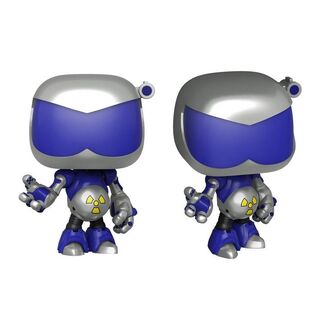