Killed by the Forge Commander

TOM 6
TOM 5 was the seventh host of Toonami and the sixth incarnation of TOM after TOM 3.5. TOM 5 was voiced by veteran voice actor Steve Blum. This version of TOM remained in service for over 6 years, from April 27, 2013 to November 30, 2019, when he was killed by the Forge Commander in episode 4 of The Forge. The backstory of how TOM 3.5 became TOM 5 has yet to be revealed and most likely will remain that way.

TOM 5's design is considerably trimmed down compared to his previous incarnations, appearing much more streamlined and economical. He lost the muscle definition from his third body but retains overall human proportions. He retained the lights on his forearm but his Nuclear-Reactor returned to his left pectoral. He also had thrusters built into his back similar to TOM 4. Instead of the blue and white color scheme that most TOM incarnations had in the past, TOM 5's body was bluish gray and silver.

After the events of Countdown, TOM 5's body became heavily battle scarred. There was a huge burn mark and a crack over his visor, as well as a few scratches on his helmet. In addition his right chest-plate became slightly exposed and his left arm was burnt.

TOM 5 was announced during MomoCon 2013, and he assumed the position as host of Toonami on April 27, 2013. TOM 5's debut brought with it the return of SARA, a new Absolution, and an entire revamp of the block. However, the switch from TOM 3.5 to TOM 5 has never been explained.

During the events of The Intruder II, TOM 5 was forced to amputate his left arm after the Intruder's attack rendered it useless. He was then forced to sacrifice the Absolution in order to destroy the Intruder once and for all. After landing on Shogo 162, the restored SARA used the abandoned facility to produce a new arm for him. The arm was noticeably more archaic and bulky compared to his original design, although it functioned in the same manner.

During the comic book Trapped, TOM was able to leave the Vindication and explore Shogo 162. He discovered an abandoned settlement and crashed ship. He was given a new body by the occupant of the crashed ship and was tasked with battling a giant monster. TOM used a giant robot that he named "BIG TOM" to battle the Trabogog, the giant monster that was plaguing the planet. After the battle, TOM returned to the crashed ship but discovered only the skeletal remains of the occupant. TOM immediately returned to his original body and questioned if it was all a dream. Upon returning to the Vindication, TOM told SARA about his experience and SARA discovered his memory database had been injected with foreign code containing memories from a warrior who settled on Shogo 162 10,000 years ago. TOM ended the conversation by stating that he's "just happy to be home."

During The Intruder III, TOM 5 and SARA discovered that the Vindication was not a remote broadcasting station but instead a massive space vessel which they used to escape the imploding Shogo 162. With their new crew member Georgia, they began broadcasting Toonami while traveling through space aboard the Vindication.

During Countdown, TOM 5 was sent to the future where his body was severely damaged by an infected Future SARA and her murderous Future Clydes. Ultimately, he was sent back to his own time and was able to stop the countdown to the destruction of the Vindication. Though visibly damaged, TOM remained functional enough to continue as captain of the Vindication and host of Toonami.

TOM 5 met his end in episode 4 of The Forge, where he struggled to get the other TOMs onto the Vindication, before being shot dead by the Commander of the Forge.

As host of Toonami, TOM 5 delivered a total of 72 video game reviews. 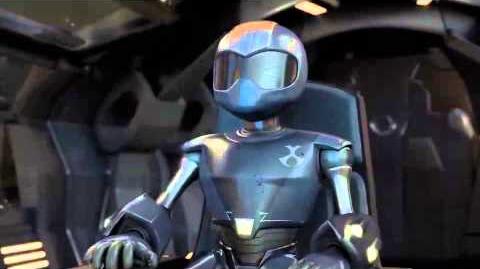 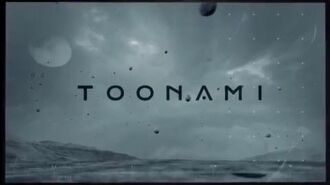 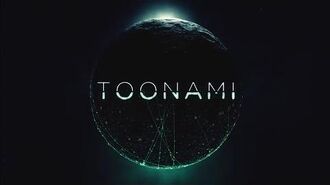 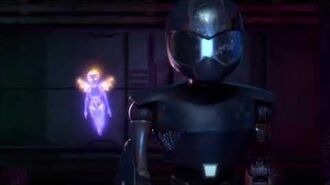 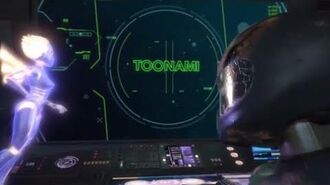 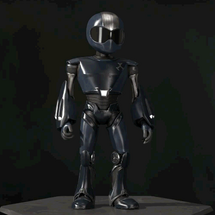 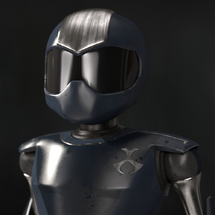 TOM 5 in the Vindication on Shogo 162

TOM 5 on the Vindication in Space

TOM 5 After the Events of Countdown

TOM 5's Death in The Forge 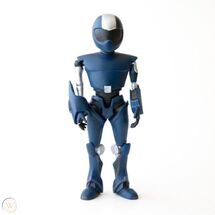 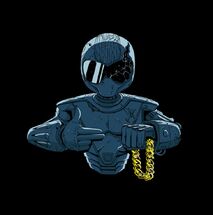 Characters
Retrieved from "https://toonami.fandom.com/wiki/TOM_5?oldid=49785"
Community content is available under CC-BY-SA unless otherwise noted.