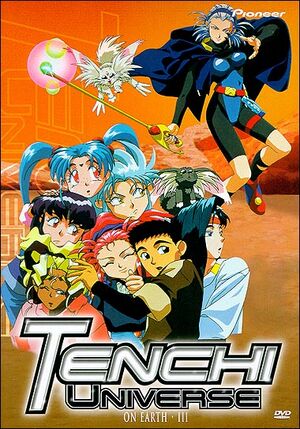 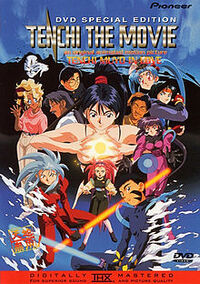 Tenchi Muyo! in Love is a 1996 Japanese animated film and the first of three films set in the Tenchi Muyo! multi-verse. The film takes place after the conclusion of Tenchi Universe, and so varies from the original OVAs at several points. Most noticeable of these is the inclusion of Achika as Tenchi's mother instead of Kiyone Masaki. It was followed by Tenchi Forever!, released in 1999. 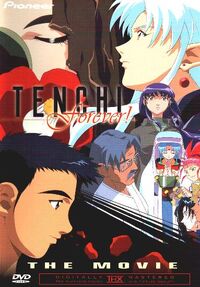 Tenchi Forever!, known in Japan as Tenchi Muyo in Love 2 - Distant Memories, is a 1999 Japanese anime film based upon the popular Tenchi Muyo! series, and was directed by Hiroshi Negishi. It was released in America under the title Tenchi Forever!, possibly because it was to be the last Tenchi Muyo!-branded product created.

The film is the final story arc of the first Tenchi Muyo! television series, known outside of Japan as Tenchi Universe. TMiL2 is also notable for its radically different tone from its source material. Tenchi Universe excised much of the overt sexuality and violence featured in the OVAs in favor of a more comedy-themed atmosphere. The subsequent movie sequel, 1996's Tenchi Muyo in Love, was, at its core, an action movie. However, Tenchi Muyo in Love 2 is a significant departure from its predecessors; instead of the usual comedy-flavored action, the film is a downbeat, sexual melodrama that studies its characters quite intensely, shedding light on Katsuhito's past, the depth of Ryoko and Ayeka's feelings for Tenchi, and Tenchi's hidden desires.