The Forge
The Return

TOM 6 (formerly)
SARA v4 (formerly)
Forge Commander (formerly)
The Forge is a giant space station that first appeared in the Toonami Total Immersion Event of the same name, The Forge, and served as Toonami's broadcast station from December 14, 2019 to March 26, 2022.

The Forge was formerly operated by the Forge Commander and his crew who used an army of enslaved yellow TOM units to do labor. The Forge manufactures TOM units and is the birthplace of TOM.

In episode 6 of The Forge, TOM 6 and SARA v4 take control of the Forge after defeating the Forge Commander and his crew. With no means of escape and no way to communicate with outside forces, TOM and SARA resign themselves to broadcast Toonami from the Forge for the time being.

Toonami was broadcast on the Forge until The Return when an upgraded version of the Absolution, the GPS Absolution Mk. XIV, was sent to the station and departed with TOM and SARA onboard. As of now the Forge is completely abandoned. 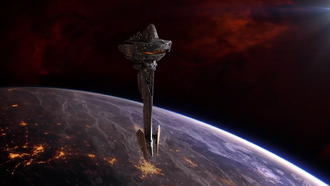 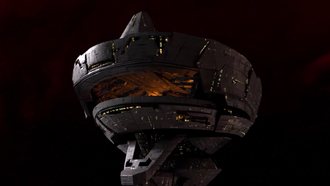 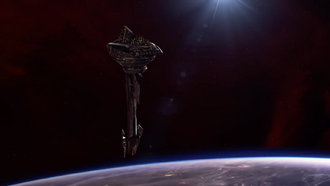 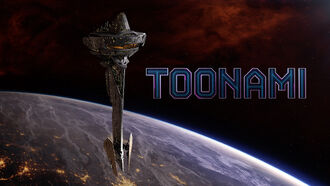