Nintendo[1]
The Intruder was Toonami's first Total Immersion Event (T.I.E.). It premiered on September 18, 2000, and is remembered for bringing about the death of TOM 1 and the birth of TOM 2. The first five episodes aired that week, reaching its climax on September 22nd. A contest related to the aftermath began the following Monday and further episodes detailing the results aired on November 6th and November 24th.

After every episode of The Intruder, a password was given that could be used to unlock a Flash game on Toonami.com. The games involved the player leading the "Clyde50-B" robot around and saving Clydes in different areas of the ship while simultaneously avoid being eaten by the Intruder.

On February 5, 2014, a sequel T.I.E. titled The Intruder II was announced on the Toonami Tumblr. The sequel aired from November 7, 2015 to December 19, 2015. It featured the same creature as the original.

In the Ghost Planet Spaceship Absolution's control room, TOM and SARA are in the middle of a conversation when SARA suddenly interrupts to issue an intruder alert. TOM sends out the Clydes to investigate, finding a hole in hull of the starboard engine at level 49. Since SARA cannot give any conclusive data as to what caused the hole or where it is, TOM patches it with a sheet of metal and decides to investigate inside, unaware a red blob is slowly moving below.

TOM grabs a gun and hops in an elevator to go investigate inside level 49. Upon arriving, he finds the lights to be out, requesting SARA to turn on the emergency lights. Upon laying eyes on the intruder, it attacks, knocking TOM out and launching him through the hull and into space.

TOM drifts through space, powered down until he happens to bump into some small meteors. This causes him to reactivate, though with a noticeably cracked visor, and he requests a jetpack. Upon his return to the Absolution, SARA informs TOM that the intruder has spread to levels 48 and 50 and keeps eating the Clydes, proposing that it might just be hungry. TOM reviews the footage of his attack from the previous episode. He then goes to investigate the room where he was attacked as the intruder had left the area. Upon arriving, he finds a giant hole leading further down towards the engine. SARA informs TOM that she's charging his blaster and, to TOM's reluctance, convinces him to confront the blob again as it's eating through the ship at a high rate.

Episode 4 - The End of the Beginning

TOM heads down to confront the intruder once again, this time with his blaster. On his way, a scared Clyde surprises him when it runs into the back of his head. TOM tells the Clyde to follow him, sending it around the corner to investigate where it is subsequently destroyed by the intruder. TOM cocks his blaster and flies around the corner, finding the intruder has grown by a large amount. He shoots it with a thermal laser to no effect, retreating when the blob approaches. He switches his blaster's setting and shoots it with a large amount of electricity, which only enrages the monster. TOM begins to break for the elevator, calling SARA to shut the hallway door behind him. However, the intruder makes its way around the door, keeping it from sealing. TOM realizes how futile his efforts are and makes one last attempt to stop it, shooting a powerful charged shot that does nothing more than launching him into the elevator from the recoil. The intruder rushes into the elevator and envelops TOM, who screams as his body is engulfed by the amorphous blob.

With TOM dead and the intruder covering nearly half the engine, SARA downloads the TOM matrix into a new body - one that is taller, sleeker and darker: TOM 2. SARA wakes up TOM, who angrily shatters the glass to his activation pod. He then notices his new body to which SARA informs him that he was destroyed. He heads to the bridge to talk strategy with SARA. She informs him that the only option left is to blast off the starboard engine as damages are getting costly. TOM flies out to place a charge on the outside of right wing of the ship, setting a timer for six minutes, and then heads inside to level AA23, which has been nearly covered by the intruder, to set the second. The simultaneous explosions successfully detach the engine, setting it and the intruder adrift in space.

Shortly afterward, TOM calls Starpower Construction, who has the closest repair station at three light-years away, for a replacement only to find that the one they lost is no longer in production due to becoming unstable after two years. Instead, he is given a choice of three different engines: the Vermeer Mark IV, the Talon ST, and the Harper GT88.

The following Monday, a phone number was released for viewers to call in and vote on the new engine for the Absolution. Voting was also available on Toonami.com. Those who voted were entered to win one of five grand prize trips to Japan or several other Nintendo prizes.

Over a month after blowing off the engine, the Absolution finally reaches Starpower. TOM calls them up and tells the head of parts and service, who was sure they would pick the Harper GT88, that they wanted two Talon STs by audience vote. He sends in bots to attach the new engine and the Absolution stayed there until repairs were complete.

After nearly three weeks, repairs are finally completed and the Absolution is cleared for take-off with TOM excited to try out their new toys. As they fly off, the intruder, or perhaps a small piece, floats by, leaving the message "The End?" 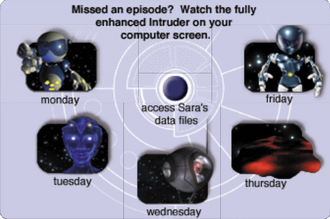 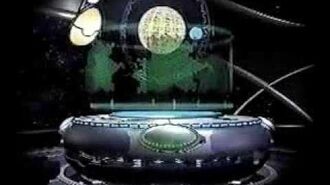 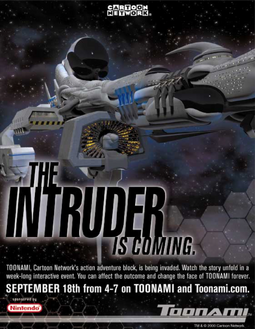 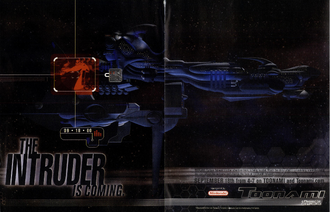 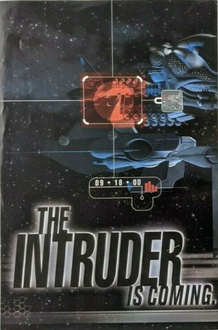 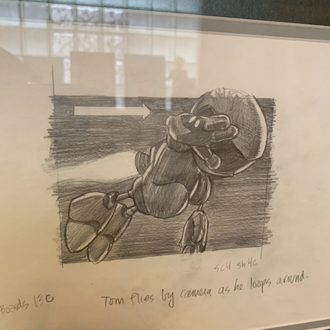 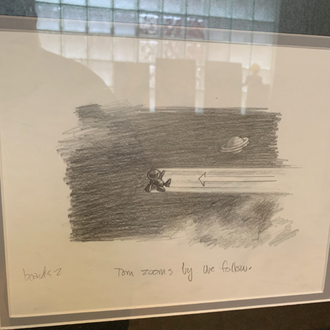 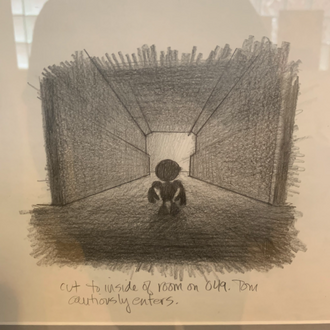