7:00 PM
The Invincible Iron Man is a direct-to-DVD animated movie based on the Marvel Comics character Iron Man. The film was officially released on January 23, 2007. Marc Worden reprises his role as Iron Man whom he voiced in the two Ultimate Avengers animated movies. The term "Iron Man" is never used to refer to Tony's alter ego; however, in the movie, the term "Iron Knight" is used by certain characters.

In this retelling of the origin of Iron Man, wealthy industrialist Tony Stark battles the most powerful evil ever witnessed by man, The Mandarin. Stark will use his unlimited wealth and fast-thinking innovation to craft a suit of impenetrable armor and assume the guise of the mighty Iron Man.

The movie premiered on Cartoon Network's Toonami block on March 3, 2007, at 7:00 PM, as part of Toonami's 10 Year Anniversary celebration.[1]

While attempting to unearth an ancient Chinese city using his company's resources - while also diverting money into a project that will put Stark Enterprises on the cutting edge of technology - Tony Stark's ambitions are thwarted when the Jade Dragons attack the excavation site, killing almost everyone and kidnapping his friend James "Rhodey" Rhodes. Traveling to the site to investigate, Tony is captured and injured by the Jade Dragons, his life saved by a Chinese shaman and Rhodes' skills as an army medic after a piece of shrapnel damages his heart.

The shaman tells Tony that the Dragons seek to prevent the return of the Mandarin, an evil ruler of great power who ruled China three thousand years ago, and who the city commemorates. Should four rings created by the Mandarin - their purpose being to grant him power over death - be brought together after the city rises, the Mandarin will awaken. The Dragons force Tony to construct, within a week, a weapon to sink the city or he will face execution. To show they are serious they kill the shaman. Befriending Li Mei, a member of the group, Tony learns that she has a duty that has been passed down her family from father to son - she had no brothers - but she will not reveal what it is. Meanwhile, four elemental spirits are released when the city is raised, and they find two of the Mandarin's four rings.

When the weapon that Stark and Rhodes created is revealed to be a fake, the Dragons leader is about to shoot Rhodes, but Li Mei shoots the leader from behind. Tony subsequently emerges in their true project; a suit of armor. Rescuing Rhodes, Tony flees the temple and returns home, but Li Mei refuses his offer to take her with him. Studying a painting of the prophecy, Li Mei realizes that Tony is the "Iron Knight" who it was foretold would battle the Mandarin, but this brings her no comfort, as the prophecy only states that one of the two shall die without specifying who. To spare Tony this fate, she leads the Jade Dragons in attempting to destroy the city, but the rest of the Dragons are killed and she is confronted by a shadowy dragon-like creature.

After returning to America, Tony and Rhodes are shocked to discover that they are wanted by S.H.I.E.L.D. for selling weapons to the Jade Dragons; Howard Stark, Tony's father, sent Rhodes weapons to provide enhanced security for the site against Tony's wishes, and, with the Dragons having stolen the shipment, he has apparently used Tony as a scapegoat to maintain his position.

Having escaped the S.H.I.E.L.D. agents and sneaked into his office with the aid of his secretary Virginia "Pepper" Potts, Tony reveals his secret project to Rhodes; multiple suits of armor, each one designed for tasks that human beings could not possibly accomplish alone. Taking an underwater suit of armor to the third temple at the bottom of the Atlantic Ocean (the temples' locations provided on a map from the shaman) - Tony manages to defeat the Fire Elemental by throwing it into the water, but the other three escape with the ring.

Following a brief confrontation with his father over Howard framing Tony for arms dealing (during which it is revealed that the two men have long been at odds over their opinion regarding weapons, a division that has only worsened since the death of Tony's mother), Tony dons another armor and flies to recover the last ring, located in an active volcano, Pepper and Rhodes allowing themselves to be arrested to buy Tony time. Although he defeats the Air and Water Elementals - he tricks the Water Elemental into freezing the Air Elemental before throwing the Water Elemental into the molten lava - and escapes with the ring, Tony's armor is badly damaged by the Earth Elemental's assault, forcing him to abandon the armor and make his own way home.

Having returned to New York, Tony is confronted by Li Mei, who begs him to give her the ring to prevent the Earth Elemental from attacking Tony. Deciding to try and destroy the temple, but unable to reach his more advanced armors due to the S.H.I.E.L.D. personnel in the building, Tony and Li Mei return to China using the armor Tony developed while being held prisoner, which remains on the plane he and Rhodes used to return home.

Arriving at the city just as the Earth Elemental raises an army from the ground, Tony clashes with the Elemental, destroying his adversary with a final desperate mid-air collision. However, as he prepares to search for the last Ring, Li Mei reveals that her bracelet is the final ring; her family seeks to ensure the resurrection of the Mandarin rather than his defeat, and, as the last descendant of the Mandarin, only Li Mei can hold the Mandarin's spirit, and only she can become the vessel he will need to walk the Earth again. Admitting that she was the one who gave S.H.I.E.L.D. the documents incriminating Tony for arms dealing in an attempt to protect him, Li Mei begs Tony to leave while he still can, but when he refuses, the army activates, forcing Tony to fight the soldiers as Li Mei advances towards the Mandarin's tomb.

Although Tony vanquishes the soldiers, he is subsequently forced to fight a vast dragon as Li Mei makes contact with the Mandarin's spirit. Despite his damaged armor, Tony manages to defeat the dragon by forcing a vat of liquid metal to expand and solidify inside it, but when he enters the temple, he finds Li Mei naked and under the control of the Mandarin. As his armor is torn even further apart by the assault, Tony begs Li Mei to remember who she is, managing to persuade Li Mei to turn against the Mandarin. As she removes the rings from her hand, the Mandarin's connection to the real world is broken, triggering a brief explosion before his spirit vanishes, but with his last breath, he unleashes an energy which blasts Li Mei. After thanking Tony for saving her with a kiss, Li Mei dies in his arms, leaving Tony alone in the temple to mourn her death.

Returning to the U.S, Tony is cleared of all charges by the Chinese government and S.H.I.E.L.D., subsequently buying up all available shares in Stark Enterprises, bringing the company under his complete control. However, he has only two actions to take: promoting Rhodes to the position of Chief Engineer for Advanced Technologies, and handing control of the company over to his father. Saying that he's always regarded the company as a father/son enterprise, Howard and Tony shake hands, Howard subsequently firing the board of directors to free him and Tony from the bureaucracy that nearly tore them apart. 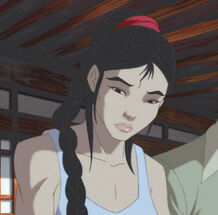 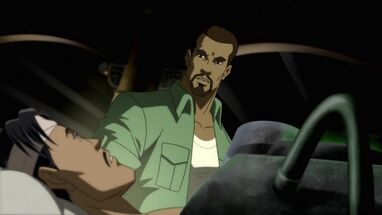 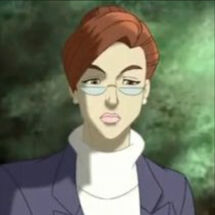 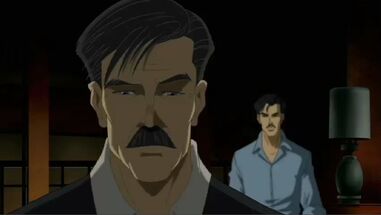 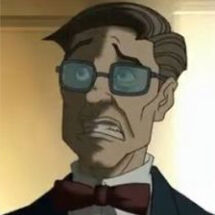 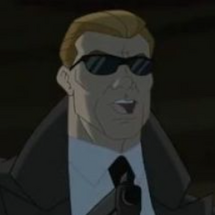 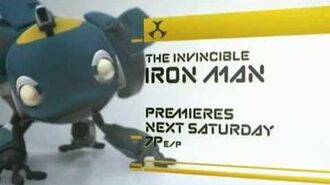 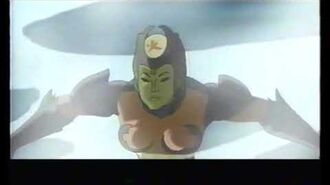