The film is about a lonely boy named Hogarth raised by his mother (the widow of an Air Force pilot), who discovers an iron giant who fell from space. With the help of a beatnik named Dean, they have to stop the U.S. military and a federal agent from finding and destroying the Giant. The Iron Giant takes place in October 1957 in the American state of Maine during the height of the Cold War.

The film's development phase began around 1994, though the project finally started taking root once Bird signed on as director, and his hiring of Tim McCanlies to write the screenplay in 1996. The script was given approval by Ted Hughes, author of the original novel, and production struggled through difficulties (Bird even enlisted the aid of a group of students from CalArts).

The Iron Giant was released to theaters by Warner Bros. in the summer of 1999 (August 6, 1999) and received high critical praise (scoring a 97% approval rating from Rotten Tomatoes). It was nominated for several awards that most notably included the Hugo Award for Best Dramatic Presentation and the Nebula Award from the Science Fiction and Fantasy Writers of America. However, the film was also a financial failure, making only $31.3 million worldwide against a budget of between $50 million and $70 million.

The movie premiered on Cartoon Network's Toonami block on September 20, 2002 at 4:00 PM, during Trapped in Hyperspace.[1]

In 1957, a large alien robot crashes from orbit near the coast of Rockwell, Maine with no memory. Shortly after, the Iron Giant wanders off into the mainland. Nine-year-old Hogarth Hughes follows a trail of the forest's destruction and frees the robot, who is stuck in the power cables of an electrical substation. After being rescued and befriended by Hogarth, the Giant follows him back to his house, where he lives with his widowed mother Annie. Upon their return, the robot attempts to eat the rails off the ties of the nearby railroad tracks. Alarmed by the sound of an oncoming train, Hogarth tells the giant to repair the tracks. The robot attempts this, but takes too long, causing the train to collide with his head. Hogarth hides the damaged robot in their barn where he discovers the robot is self repairing.

Later that night, Hogarth returns to the barn with a stack of comic books to read to the Giant. The robot is impressed with Superman, but distressed when he discovers a comic about an evil robot; Hogarth tells the robot that it can be whoever it chooses to be. Investigating the destroyed substation, U.S. government agent Kent Mansley discovers evidence of the robot and decides to continue his inquiries in nearby Rockwell. Finding a BB gun Hogarth left near the substation the night he found the Giant, Mansley takes up a room for rent at Hogarth's home and trails the boy to learn more. He is paranoid about an alien invasion and alerts the U.S. Army to the possible presence of the robot.

Worried that they will get caught, Hogarth evades Mansley and takes the robot to beatnik artist Dean McCoppin who passes off the robot as one of his works of art when Mansley and Lieutenant General Guy Rogard investigate. Once Mansley and Rogard are gone, Hogarth pretends to attack the robot with a toy gun, and inadvertently causes the robot to activate a weapons system in retaliation. Dean saves Hogarth and angrily commands the robot to leave, but Hogarth, believing the robot never meant to harm him, gives chase. Dean sees the toy gun and realizes that the robot cannot control its self-defense reaction. He catches up with Hogarth on his motorbike and they chase after the robot before it can reach the town.

In Rockwell, the robot saves two boys, but is seen by the military and attacked. The robot flees with Hogarth until he is shot down by a missile fired from an F-86. After crash landing, the robot thinks that the unconscious Hogarth is dead; enraged, it activates its weapons and attacks the Army, who are no match for the advanced firepower. Mansley lies to Rogard that the robot killed Hogarth, before telling him to lure the robot out to sea so they can destroy it with a nuclear ballistic missile from the USS Nautilus. Hogarth wakes up and pacifies the robot, causing it to deactivate its weapons. He then shows himself to Rogard and his men. Rogard, after listening to Dean's explanation of the robot and realizing that Mansley lied to him, is about to tell the Nautilus to stand down, but Mansley snatches the walkie-talkie and orders the Nautilus to launch the missile.

Realizing the deadly mistake, Rogard lambastes Mansley and informs him that not only the robot, but everyone in Rockwell, will be destroyed when the missile hits. Mansley tries to escape Rockwell to save himself, but the robot stops him and he is arrested by the Army. When Hogarth tells the robot about Rockwell's fate, the robot flies off to intercept the missile, as a hero, not a weapon. With a smile of satisfaction, the robot collides with the missile, causing a massive explosion high up in the atmosphere. The people of the town recognize the giant as a hero, but everyone, especially Hogarth, is deeply saddened by the robot's sacrifice.

Some time later, Annie and Dean start a relationship and Dean creates a statue honoring the robot. Hogarth receives a package from Rogard, containing the only piece of the robot they found, a small jaw bolt. That night, Hogarth awakens to a familiar beeping coming from the bolt, which is trying to get out his window. He realizes the Giant is still alive and repairing itself somewhere and he opens his window to let the bolt out. On the Langjökull glacier in Iceland, various parts of the robot approach the snowdrift where the head rests, eyes glowing, as the robot wakes up and smiles. 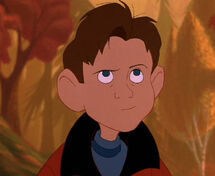 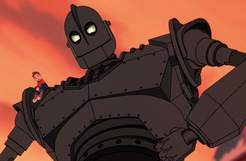 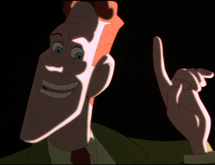 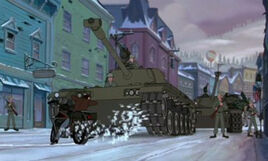 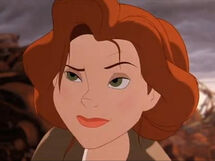 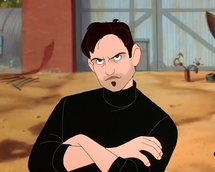 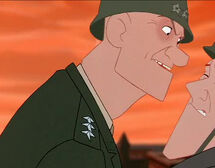 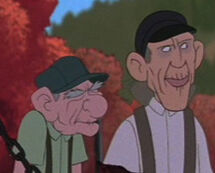 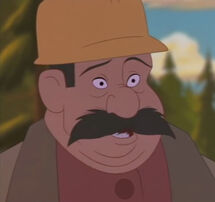 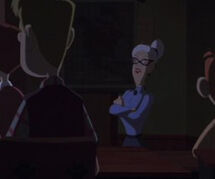 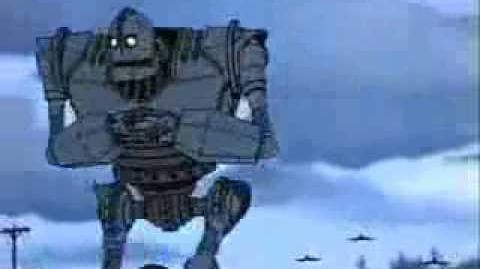 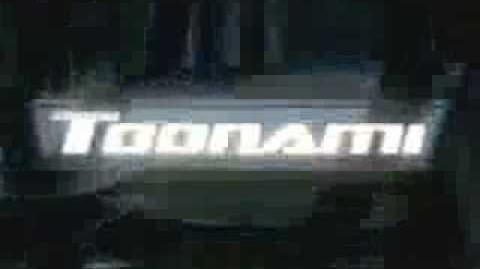 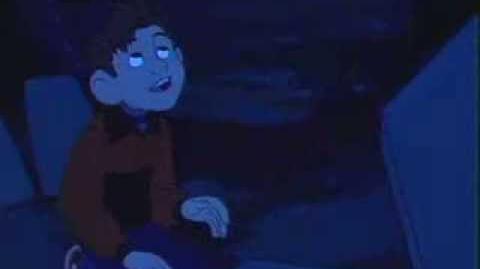